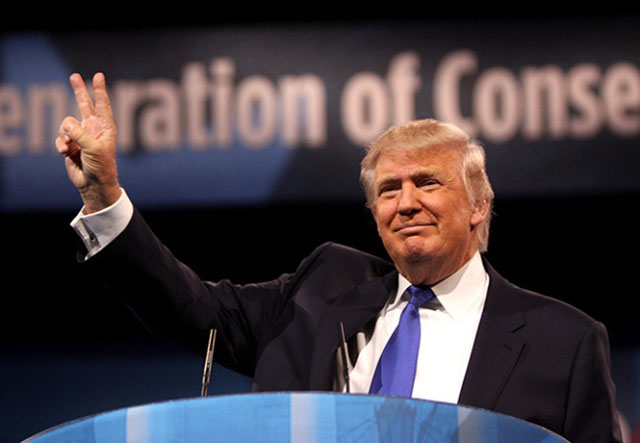 On September 5, 2017, Attorney General Jeff Sessions announced that the Deferred Action for Childhood Arrivals program, popularly known as DACA, will be rescinded. This would put an end to the Obama-era program that protected around 800,000 illegal immigrants who entered the US as children from deportation and gave them a path to citizenship.

This decision spurred controversy across the nation. While many see this as a completely preposterous action that put many people in danger of losing their livelihood, some see this as a good thing. These people were technically here illegally, so why give them special protection? It only makes sense.

Well, those few people are wrong. Dead wrong. The rescinding of DACA was not only one of if not the most immoral thing that the Trump administration has done, but it is also completely debased from the reality of the situation.

Before we take a look at why rescinding DACA was such a terrible move, it would be best to add some context and deconstruct the reasons why DACA was ever considered being rescinded in the first place. To begin, DACA has its origins with the DREAM Act, a bill protecting illegal immigrants who come to the country as minors. The bill went through congress several times since its inception, but could never fully pass. Seeing this as a problem, then President Barack Obama enacted the Deferred Action for Childhood Arrivals program on June 15, 2012, better known as DACA.

And now just over 5 years later, DACA is seen by some groups as an unnecessary program that not only protects potentially dangerous people from leaving this country but also allows many immigrants coming into the country illegally without fear of deportation. This creates more problems at the detriment to law abiding citizens.

But was that actually going to happen? Let’s look at the facts. According to the US Citizenship and Immigration services, the guidelines of those that can apply for DACA protection are that they must have been under the age of 31 by June 15, 2012, came to the US before the age of 16, have continuously resided in the US since June 15, 2007, are in the US when you make your application, must not be a US citizen or here on a visa, are currently in school or graduated high school/obtained a GED, or have not committed a felony or significant misdemeanor. So not only according to these guidelines is it impossible for supposed criminals to be protected by the program, but it’s also impossible for an influx of minors to cross the border to take advantage of the program, as according to those guidelines, they are not eligible for the program.

However, the crimes that disavow you from DACA protection are pretty heavy. It can still protect people who commit minor crimes from deportation. That would be the case, if the statistics did not disprove this fact. According to FactCheck.org, multiple studies have proven that immigrants do not commit more crimes than the average US citizen. So no matter what, saying that a DACA recipient or any immigrant for that matter would cause trouble and commit more crimes is just factually inaccurate.

So generally, if you look at the facts, DACA seems like a fair and balanced program that both protects those who came to the Unites States as children and also makes sure that the only ones allowed to stay were good upstanding citizens already. So why would the Trump administration find anything wrong with the program to begin with?

Let’s go back to the Obama administration. In 2014, Obama made attempts to expand DACA to include older immigrants and the families of DACA recipients. This was seen as too much by the members of the GOP, who already saw the implementation as the president going too far with executive powers. It got to the point where Texas and 25 other states, all with Republican governors, sued the United States government over the expansion. This allowed for that expansion to be blocked. And of course seeing all this hate building up for DACA on the conservative side of things, a certain politician got on the 2016 Presidential Campaign trail, and announced that he, if elected, would eliminate DACA on day one of his presidency. That candidate was President Donald J. Trump.

So there we have it. A program defending the dreamers that came to America as kids not knowing they were illegal has been ended thanks to misinformation and fear spread by 25 state governors and one very powerful man. With 800,000 people facing possible deportation, what can be done to help them?

The answer is simple: fight back. Contact your local senators, city council, mayor, governor, or just an influential community member. Even go as far as to contact each and every one of the current state governors of those 25 states that helped kill this program. Make sure it is known that you and many others want this program to protect these dreamers, no matter what the fear mongering says otherwise. These people are family, friends, co-workers, you name it. The only thing they have done wrong is that their family attempted to give them a better life, even if doing so was illegal. They have not done anything wrong.

So if you know a dreamer, please, do what you can to fight back. Because if you don’t, they may never have the chance to dream on.