Movie Review with Brandon Yechout – It 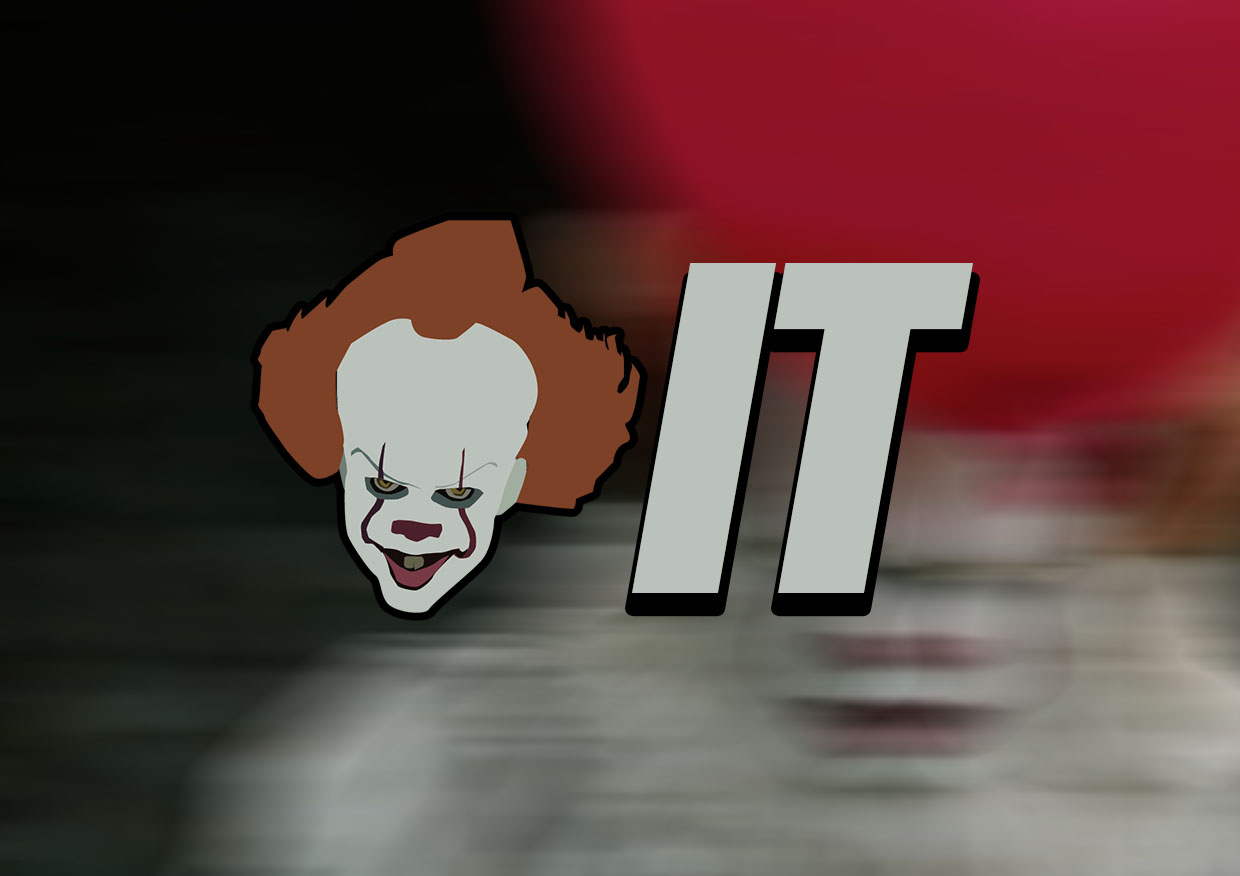 For those of you who found the 1990 miniseries adaptation to be wholly uninteresting, this newest retelling may be just what you’re looking for. “It”, based on the Stephen King novel of the same name, was a surprisingly entertaining horror film that was both delightfully frightening and, at times, genuinely horrifying.

If you’re not familiar with the story, I’ll give you a quick rundown. “It” takes place in the fictional town of Derry, Maine, where a group of tween outcasts has just started their summer vacation. They each begin having terrible visions, each representative of their worst fears but all connected by the common image of a clown, who appears periodically and torments them from afar. They deduce that these visions are being brought about by a demonic creature that they refer to only as “It”, which has assumed the form of a clown in order to lure small children into its clutches. A member of the group, Bill, suspects that the creature is responsible for the disappearance of his brother a year earlier, and so he sets out, along with his friends, to put an end to its reign of terror.

Though the creature is a shapeshifter, it spends the majority of the film as a clown that calls itself “Pennywise”. Going into the film, my expectations were low for the clown. Just going off of the posters and other promotional material released for the film, he looked ridiculous to me. Luckily, he’s wonderfully well-executed in this film, in terms of both design and acting. Bill Skarsgård delivers a deliciously enjoyable performance as Pennywise, balancing both goofiness and creepiness expertly throughout. Pennywise’s design, as well, is given a fresh coat of ghoulish paint. Compared to the 1990 adaptation that most are familiar with, this Pennywise is far more intimidating. His crossed eyes and gaping maw filled with rows of sharp teeth are a showstopper, and that’s not even mentioning the designs of the other creatures that Pennywise calls upon to haunt Bill and his friends. Anybody who’s played the game “Amnesia: The Dark Descent” will surely be reminded of that game’s infamous Servant Grunts; I cannot help but feel that their design may have influenced Pennywise’s to some degree.

The kids are also refreshingly well-written; written like actual kids, in fact. Seriously, the way the kids interact with each other in this film is excellent. They’re vulgar, they’re always trying to one-up each other, and they generally act how you would expect kids that age to act. Every one of them is well-acted, and an absolute joy to watch. Some of the dialogue from the other characters is a little off, though. I specifically remember one line wherein one of the kids, Ben, is sitting in a library by himself, since he’s new in town and doesn’t have any friends. The librarian comes over and says to him: “A boy should be spending the summer outside with his friends . . . don’t you have any friends?”. Yes, we get it. It’s already been made perfectly clear from earlier scenes that he has no friends, there’s no need for this clunky, unrealistic dialogue to beat us over the head with this notion any further. I also remember the female bully being similarly weakly-written; uninteresting and generic. I thought much the same of the main male bully at first, but the film later shows us that this kid has some serious problems. He was pretty frightening to watch towards the end of the film.

By far the weakest part of the film would be its soundtrack. The sound design was alright during scary scenes; effective enough. The soundtrack itself, though, didn’t do much for me. Unmemorable and generic, to the point where I actually began getting annoyed with how generic it was.

On the whole, though, the film is strong where it matters most: The characters and the scares. I was thoroughly entertained throughout, and I would recommend any horror fan to go out and see this film. It’s definitely worth checking out. Brando’s rating? Three out of four stars.