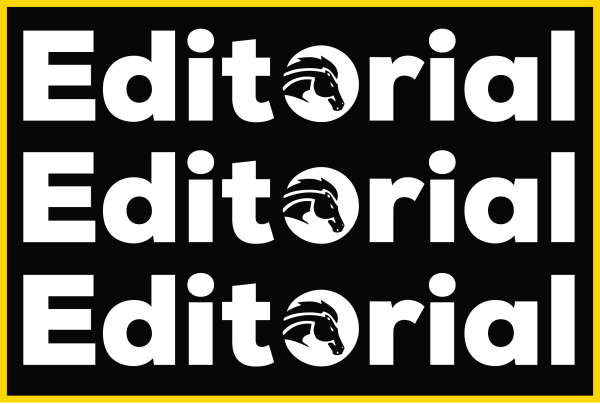 With the commencement of the 2014 Sochi Olympics, traveling journalists have humorously highlighted the subpar hotel conditions. Tweets showing yellow tap water, toilets stalls with missing walls, and horrible hotel rooms showcase the rough conditions.
Most of these conditions are caused by the rapid construction that was necessary to prepare Sochi for such an important event.
But these journalists face a more serious threat than toxic water – the very real terrorist threats that have been surrounding these Olympics. Ignoring the threats, a rush of journalists raced to Sochi to cover the Olympic events.
Being assigned an Olympic story may be the chance of a career for some young journalists, but they cannot all be willing to put their lives on the line for career advancement. This may seem short-sighted and idealistic, but journalism demands that reporters take risks in order to effectively cover the important news.
The Stampede Editorial Board would argue that these journalists are simply doing what their job requires, while setting a great example for us young, aspiring journalists at the same time.
The call of journalism requires us to go where the stories are, regardless of personal comfort or even safety. The Stampede mission statement states that “we will honestly illuminate complex issues that are important to the MVHS community”.
We acknowledge that we are merely student journalists, and we do not pretend to have experienced the reality of being in such dangerous situations. However, in order for the media to effectively cover world news and politics, journalists must go where they are needed, no matter the danger.
The Committee to Protect Journalists reported that in Egypt five journalists have been killed, 45 assaulted, and 44 journalists have been imprisoned without charges or a trial. This is a formidable number, but we need journalists to continue to cover these dangerous situations.
If journalists refused to go to cover the events in Egypt or countries like Syria, or refused to attend the Olympics, the public would have limited knowledge about those events.
Journalists should ideally strive to cover their story without opinion or bias, and although this does not always happen, they are usually more impartial than politicians or the government.
We see this is North Korea, where media rights are severely limited are not allowed, and the government is certainly giving the world the whole story.
Even in Russia, Reporters without Borders reports that many local media outlets have begun to self-censor because of intimidation or reliance on government subsidies.
According to Human Rights Watch, a Norwegian television crew was detained and questioned by the Russian police and were not allowed to contact the Norwegian Embassy, although the reporters were released.
Journalists do not need to travel to put themselves at risk. Reporters like Woodward and Bernstein who exposed the Watergate scandal put themselves at enormous risk to get their story, but no one can argue that exposing truth was not worth the risk.
Their work had enormous impact, ultimately resulting in the resignation of President Nixon. But they are not the only ones. Seymour Hersh was a freelance reporter when he exposed the story of the Mai Lai Massacre in Vietnam, where US soldiers killed hundreds of innocent Vietnamese citizens.
This story helped aid the Vietnam protests and change national opinion, eventually ending the war. This isn’t to say that big risks always create the best stories, but the best stories usually come from big risks.
We at the Stampede Editorial Board applaud the journalists at Sochi, and journalists everywhere who continue to take risks in order to reveal the stories that occur around us everyday; stories that would otherwise go untold.
We admire their determination and their passion for their work, and hope they continue to show their audience unbiased, important stories that will change their viewpoint.
At the Stampede, we aim, on a much smaller scale, to educate Metea on the community events and display all viewpoints.

By The Stampede Editorial Board