Fame, Lust, and Power: How sexual assault spread in Hollywood 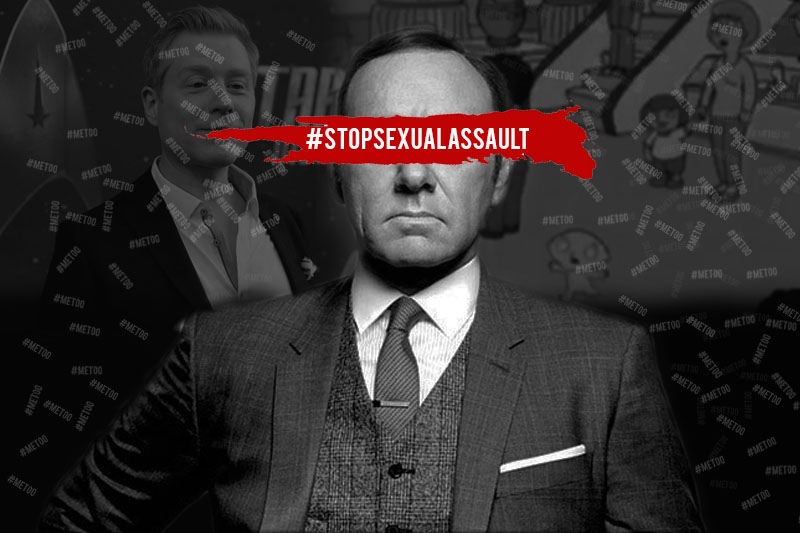 I did not want to write this article.

The fact that so many famous people have been accused of such a heinous crime is a travesty for not only the entertainment industry but for our culture in general. This whole time, many of our heroes have been villainous predators who have tormented men and women. And they almost got away with it, too. What’s even worse is the ways that many of the accused have skirted around these accusations. For example, Kevin Spacey “choosing to live life as a gay man now” and George Takei denied the claims, then saying the stories were being pushed by Russian bots in an attempt to discredit him. It’s all so sickening.

But everyone already knows that. We know that what these men have done is awful. Instead of looking at what happened, we should ask why it happened in the first place. How could the entertainment industry let this all slide by for so long?

Let’s try to establish some commonality between the cases. Firstly, the victims and the predators knew each other beforehand, and a lot of the time were actively working together on a project. This fits in perfectly with current statistics about victims. According to the Rape, Abuse & Incest National Network, 70% of victims know the perpetrator, and 45% of victims were acquaintances with the perpetrator.

So according to the RAINN statistics, the idea that an actor or actress could experience sexual violence from a director or co-star or producer is not farfetched. But that still doesn’t tell us the motive behind the crime; that’s  where things get interesting.

According to the New York Times article “What Experts Know About Men Who Rape,” narcissism can increase the odds of sexual assault and that when narcissistic men gain power over people, they release past rejection and frustration by “getting back” at men or women. This analysis lines up perfectly with the sexual violence of Hollywood. The entertainment industry is known for narcissistic tendencies, and coupling that with the power that directors, producers, and even co-stars can have over others, you end up with the perfect conditions for that kind of behavior to unfold.

That kind of environment also makes it hard for victims to come forth. In Hollywood, people talk and gossip. So if you would want to come forth with a director harassing you, that director could talk to some people he knows and make sure that you don’t get hired again. It makes complete sense then that many would only come forward now when they would know that they’d get overwhelming support.

But here’s the thing: the narcissism, power, and culture of staying silent can be applied to way more places in our world than just Hollywood. Virtually every workplace in the country has that dynamic of a powerful boss, who may or may not be a narcissist and their underlings that may be in fear of critiquing the big guy. That could be finding another job, being ostracized by a community, losing power yourself, or even the fear of more violence. All of this sexual assault isn’t just Hollywood’s issue. We only see it as that because that’s what we’re so focused on at the moment. It’s our issue.

As a society, we have allowed this behavior to not only remain unchecked, but normalized as well. The conditions that allow for sexual assault to become rampant can be seen in nearly every aspect of our society. And the only people we have to blame for this is ourselves.

What is to be done about this? When it comes to the power over people, the narcissism, and the silence from victims, only one of them truly holds this system together: the culture of victim silence. I understand that it is incredibly hard to speak up about moments of shame and victimhood like that. But in order to stop a culture of sexual assault, victims must speak out against it. Those victims also need support from us for change and the truth to really spread. So share the stories of victims and make sure to show them that we have their back. And if you know people that have committed sexual violence, don’t let those actions just slide by. You would be allowing more possible victims to be hurt that way.

In the end, we must speak out to stop sexual violence from being as rampant as it is today. And if not, we all might as well be trapped in Kevin Spacey’s basement.