The Last Jedi represents everything wrong with modern cinema 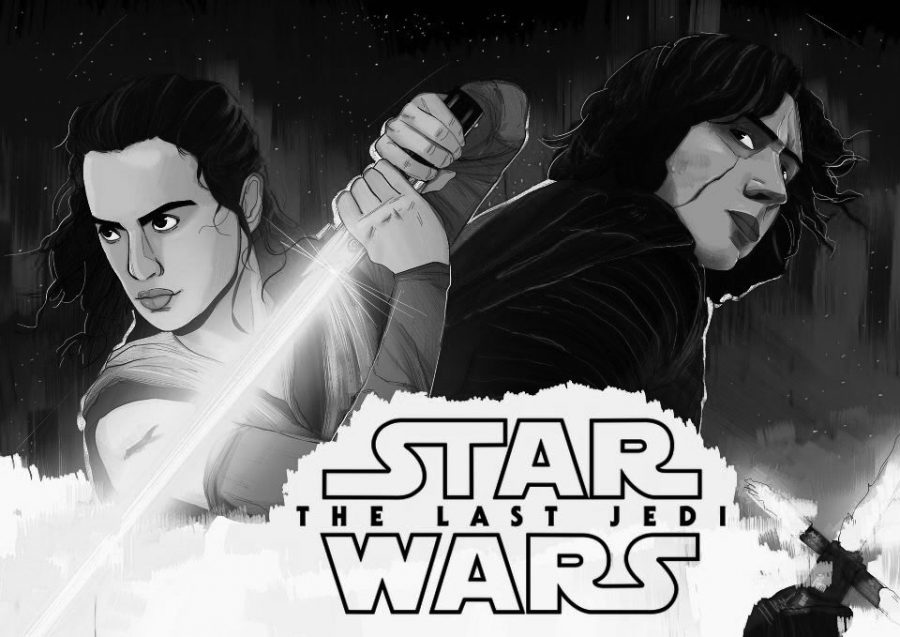 This article is in response to an article posted on 1/10/18 written by Brandon Yechout.

Warning: The review will contain major spoilers for the Star Wars franchise.

he Star Wars franchise is one of the most influential film sagas of all time. Whether you enjoy the movies or not, you can’t deny the impact it has had on the film industry. While I fully admit that some of the hype is overblown and its impossible to escape this franchise no matter how hard you try, its place in pop culture is very much well deserved. With the release of a brand new Star Wars trilogy, things have been getting pretty mixed among fans and critics. When “The Force Awakens” was first released, I found myself enjoying the film more than I expected.

It was far from a perfect movie, but it was definitely a step in the right direction with lively direction and cinematography, a good use of practical and CGI effects, and characters that I found myself invested in. It gave me a new hope in the Star Wars legacy.  However, when I saw “The Last Jedi,” I found myself incredibly underwhelmed. Far from a terrible movie experience, but I found myself wanting more out of it than I got.

Some of the best parts of “The Last Jedi” are the ones that return from “The Force Awakens” and even the original trilogy. Much of the major characters remain likable protagonists. For example,  seeing Finn, who I found the most interesting character in “The Force Awakens,” slowly grow as a hero was a highlight in the movie. His confrontation with Captain Phasma was one of the films most satisfying moments.

The film also contained solid performances from its cast, continuing their impressive work from the last movie. Mark Hamill especially gives a fantastic portrayal of a more embittered and conflicted Luke Skywalker, adding an extra dimension to one of the most iconic movies heroes of our time. One of the best moments of the movie comes around the end of Skywalkers arc as he is on the verge of death. As he slowly passes away, he views the iconic Binary Sunset, paralleling what a young and wide-eyed Luke saw on Tatooine all the way back in the first Star Wars. This is elevated by the reuse of the iconic score and a wonderful performance from Hamill. John Williams’s score is spectacular as always, although much of it is recycled from the original trilogy. I honestly wish they had written more new compositions for this movie instead of constantly recycling the old.

The movies biggest issue is the lack of any development everything had. Much of the arcs, while interesting,  felt rushed and didn’t have a significant amount of development. Luke’s character arc, which had the potential to be something truly powerful, didn’t have the right amount of time put into it that it should, so his decisions throughout the movie felt abrupt and inconsequential. A lot of the new characters in the movie I found myself not caring for.

Each one had the potential to be something great, yet it seemed like the writers didn’t care to develop arcs for them. One of the biggest missed opportunities was DJ, a character played by  Benicio Del Toro. His introduction scene was brilliant and I was actually hoping that he would be a show stopper, but his character was only given ten to fifteen minutes to shine, ultimately ruined by shoving multiple character development scenes and a big twist, where it’s revealed that betrayed the heroes for the sake of money.  If he was given more time to grow, he could have been one of the films most memorable characters, but he ended up being a waste of screen time for an incredibly talented actor.

One of the most shocking aspects of the film is how visually lacking this movie is. Along with bland direction from Rian Johnson, the cinematography was very standard without anything to grab the eye or improve the story. It wasn’t helped by the often overexposed lighting, which gave certain scenes a sterile look. J.J Abrams, whether you love him or hate him, knows how to direct sci-fi and action in a way that’s interesting and moves the story, often helped by the sweeping and energized cinematography For a good example, the opening shot of “The Force Awakens” sticks out in my mind. The shot of the moon slowly being covered by the silhouette of a spaceship not only looks amazing but showcases the power and intimidating nature of the Empire. Meanwhile in “The Last Jedi,” we have a similar establishing shot, except it’s just a boring zoom on a ship with boring lighting and boring composition with nothing that furthers the story.

The visual effects were also pretty lacking.  Some of the motion capture work is stellar, but many of the non humanoid creatures feel texture-less and unoriginal, whether practical or CGI. This is most evident with the casino scene. Obviously trying to capture the feel of the Cantina bar of the original trilogy, it ended up looking like any generic casino.

This also applies to the action scenes, which feel like a bunch of flashy explosions and big scale fights with no stakes or consequence. Maybe I’m just sick of all these sterile, uninteresting multi-million dollar movies with big CGI fights and explosions and no plot or character that only exist to make money, but if this is where Star Wars is heading, I honestly fear for the future of the franchise and cinema as a whole.

One thing people forget about the original Star Wars trilogy is despite its revolutionary visual effects and action set pieces, one of the many things that the films had were character and heart. The most memorable parts of the original trilogy are moments that are driven by character and story, which made the action scenes work far better. “The Last Jedi” had the potential to be something special as the elements of a good Star Wars story are there, but once you strip the title away, what remains is a generic sci-fi movie with no substance.

The lack of character development, especially for the new characters, and the rushed plot line makes the movie a chore to sit through, which isn’t helped by bland direction and overuse of special effects heavy sequences. I highly doubt that the filmmakers will fix these problems for the final film in the trilogy. Though with Abrams back on board to direct, I hope that the franchise can strike back and return to the quality it established a long time ago.  I would rate it a 2 out of 4 stars.