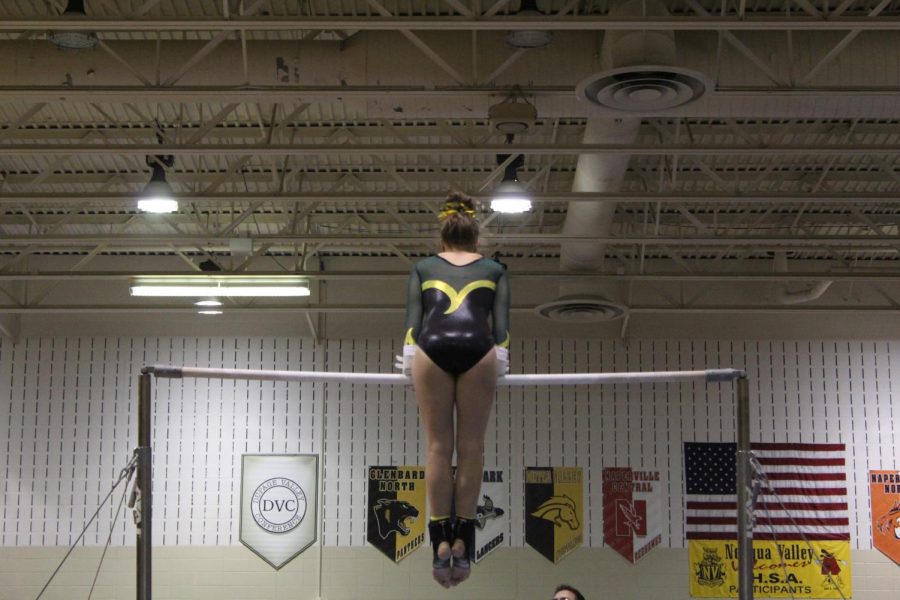 The Waubonsie and Metea combined gymnastics team competed at the DuPage Valley Conference meet on Friday night. The varsity team scored a 135.85, setting a new season high all the while beating last year’s high score. The team placed fifth by the end of the night, trailing Neuqua by 1.1 points.

JV placed fourth at their meet with a conference-high of 107 on Saturday. Emily Malak led the team and placed fifth on floor while placing third on the beam.

“This has been a really good [season]. It’s the highest we’ve gotten all year, and it topped last year’s high too,” sophomore Thera Bowen said.

The gymnastics team has been continuously improving all season. Last week, they set the previous season high against Naperville Central and managed to score even higher at conference. The girls have been working hard in the weeks leading up to conference and are glad that their work paid off. The conference meet was the first time they scored above 130 this season, topping last year’s high score.

As a co-op between Waubonsie and Metea, the team has to find other ways to bond outside of school. The girls went to Feed My Starving Children on Jan. 16 to volunteer and give back to the community.

“We have not only been improving our scores and skills all season, but we’ve grown so much as a team and we’ve all become a lot closer this year,” senior Ashley Buscher said.