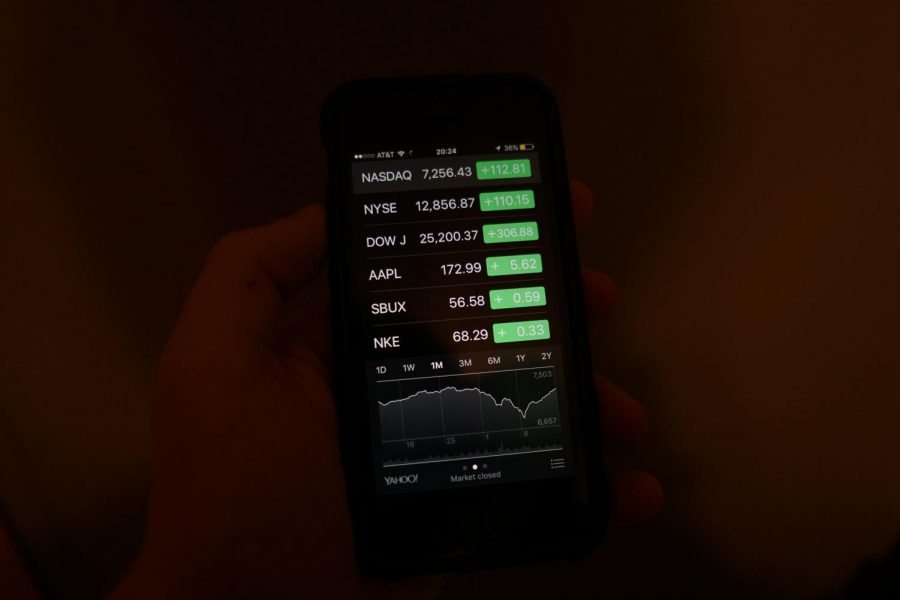 Such unstable behavior does not fall in line with what the stock market had been up to recently. Due to new legislation passed by Congress such as the new tax bill, companies have seen their prices skyrocket as the rich that run them can rake in more money while we end up suffering from cuts in areas such as healthcare. Because of this, the market was shooting up massively, hitting new records nearly every other day. But now it seems like those glory days of high-value stocks are over, and the market has fallen into an incredibly volatile state that looks to be quite dangerous.

But it isn’t the kind of danger we would expect to see for ourselves. For while this new volatile market may shake things up here, its impact across the world could be much more severe.

Let’s start with ourselves in the US. Now this dive was eventually going to happen. The dive had little influence from Trump, as with most economic issues, it was out of the control of federal government. The way the market was growing, as nice as it was, was absolutely terrifying. If it dived any harder than it already did, we could have ended up with a full on crash. So it may have been some of the wildest times for the stock market, but this is not the worst possible outcome that we could have ended up with.

Things still do look tumultuous, however. Us students are pretty informed about the problems with student debt and how that is affecting the country. And when markets get crazy like this, interest rates can fluctuate and things, if we aren’t careful, can quickly fall apart. Right now we currently have a bubble of student debt that is slowly building up and has been for awhile, like with what was happening with the housing bubble in the 2000’s. With this new unstable stock market, that bubble is looking like it’s drifting towards a very sharp needle. And if that bubble bursts, we may find ourselves in another Great Recession.

But that is not very likely. Our economy is still pretty strong despite the market craziness, and it doesn’t look like it will take a heavy fall for awhile. However, the dangerous thing about this wild market is not what it will do to our economy. It’s what it will do to the worlds.

Currently, China is one of the world’s biggest economies. But that has come with a cost. China currently is facing its own debt bubble. The private debt, debt held by citizens in China that is, in China is surpassing their GDP, or how much money China makes from its goods, by 300 percent. Not only is their debt problem gigantic, but they are currently facing the beginnings of an economic recession. Combining and unstable stock market with massive private debt and an emerging recession is a recipe for an economic crash of massive proportions.

This is where the scary parts of this market come to fruition. With China being one of the world’s largest economies with massive labor sources that companies utilize and the amount of debt that countries have from China, their crash will shake up the entire world’s economy. It’s hard even to predict how the world would change with one of it’s biggest economic forces crippled, but I can tell you one thing. It will not be pretty for the world in general. Things will fall apart all across the world. And that is something that we can’t let just happen.

In the end, it’s hard to say what the future is going to look like. Most likely the world will be fine for the next couple of years, but if things go wrong, we may see bubble burst from here to China, and face a crippling economic crash. So what must be done about this possible economic doom? Honestly, not much. We can control booms and bust the best we can but in the free market, such things are inevitable. It’s only a matter of time before everything falls apart. And when that happens, we can only hope to dig ourselves out of such a trough. Because to be quite honest, hope may be the only thing we have left.