Student Activism: Walking out for those who no longer can 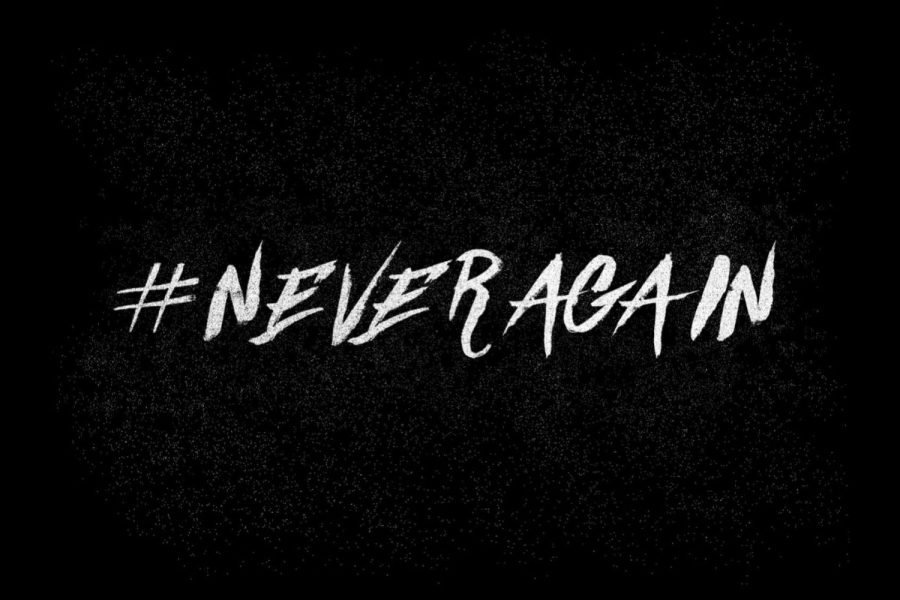 The staffs of The Stampede, The Mane, and Ginan Yearbook

“Police! Police!” Armed officers filter into the classroom where piles of furniture sit, shielding everyone huddled in the corner. “Put your hands up,” They say as they scan the area. A sea of quivering arms lifts in the air. Sobs escape the mouths of classmates while phones buzz, noting frantic calls and texts from parents and other loved ones. One of the officers goes toward a girl laying on the floor. Scooping her up into his arms, she’s rushed out of the classroom and even more cries and shrieks can be heard spilling from peers. Bodies accompanied by blood pooling underneath can be seen lining the hallway as everyone is evacuated out of the building.

Taken from videos captured by students, images like this one have since been burned into the brains of those attending and teaching at Marjory Stoneman Douglas High School. Nikolas Cruz walked inside the Parkland school at around 2:19 pm and then approximately 8 minutes later walked out having committed one of the deadliest school shootings in the United States on February 14, 2018, according to a report done by the New York Times. Cruz, carrying multiple behavioral warnings along with him throughout his life, was able to purchase an AR-15 style rifle at the ripe age of 18-years-old. This was the weapon he used to take the lives of 17 people on a day that was meant to spread love and joy. An individual known not only for his disturbing social media presence, but someone with a variety of complaints against him, claiming that he was “a school shooter in the making,” was able to legally get a hold of a gun and commit a mass shooting in an institution that is meant to facilitate learning and growth. In a place that should always feel safe.

Students have a right to feel safe in school and we need to enact laws that ensure that. Since the first mass school shooting at Columbine High School in 1999, killing 13 people and injuring 21, there have been 48 fatal K-12 school shootings, which have since taken the lives of 127 students and staff.

Schools are supposed to promote education and positive discussion. Students should be worried about passing Trig, not surviving it. Guns have proven to be far too accessible for those who shouldn’t have them and something has to change in order to make our schools safe again. Life is precious and should not be taken senselessly. This is not a partisan issue. Laws need to be passed and regulations have to be put in place. Everyone can get behind the fact that our hallways should be filled with echoing school bells, not gunshots.

Students from Marjory Stoneman Douglas High School agree. In the two weeks they took off before returning to school after the attack, they managed to organize one of the largest anti-gun protests in the United States. They spent those two weeks raising their voices, calling out the National Rifle Association and those affiliated, and helping pass a bill that raises the age to buy firearms from 18 to 21 in the state of Florida. This is the first progression towards the efforts of gun control in almost nineteen years. On top of that, they mourned the 17 students and teachers they lost on Feb. 14.

In light of this renewed motivation to keep our public safe, empowered students across the map are organizing together in a nationwide student-led walkout today. The protests, serving as a memorial to those who lost their lives in the Parkland shooting, are also aiming to call upon legislators to make a change. While some schools are banning any form of protest and passing out disciplinary action for those who take part in it, other administrations are using this as an opportunity to teach their students about the importance of raising their voices.

Unfortunately, the topic of gun-control poses many heated conversations and starkly opposing opinions regardless of whether the debate is about school shootings or the rise of crime. Cries from the NRA and their supporters can be heard regarding everyone’s right to bear arms, but it’s important to keep in mind that the Second Amendment of the United States Constitution states “a well regulated Militia, being necessary to the security of a free State, the right of the people to keep and bear Arms, shall not be infringed.” This amendment was created when our constitution was signed in 1787 by the delegates of the Constitutional Convention in Philadelphia.

The constitution was framed at a time when the United States needed structure, shortly after the American Revolution, and this entailed forming a government that gave the people a voice. Creating gun control laws is not taking away the right of the Second Amendment, but rather abiding by that amendment for the purpose of safety in our country.

We want to know why is it that the United States has the most national coverage for mass shootings in schools, but policies still have yet to follow. We are the only country that has not made any changes in legislation for there to be a visible decrease in shootings per year. According to a report done by CNN, “Americans own nearly half (48 percent) of the estimated 650 million civilian-owned guns worldwide.” Part of the problem is the easy access that citizens have to own a firearm.

We weren’t the first well-developed country to have a mass shooting, but we are one of the first well-developed countries that haven’t made any strides for change. There have been many proposals or plans for gun regulation but none of them ever got passed. The recent bill in Florida following the Parkland incident is only the first step in pushing Congress towards making more policies and making our educational facilities safe.

This is no longer a partisan issue, it has become a life or death issue.

Parents should feel confident sending their kids to school and that it is a safe environment for learning. How many more mass shootings have to take place before things truly start to change? This was the question that sparked the attention of Parkland students and led to a generational movement. Change and policy on guns are long overdue and students aren’t afraid to share their opinions. The voices of students are erupting and the only thing left is for our politicians to listen.