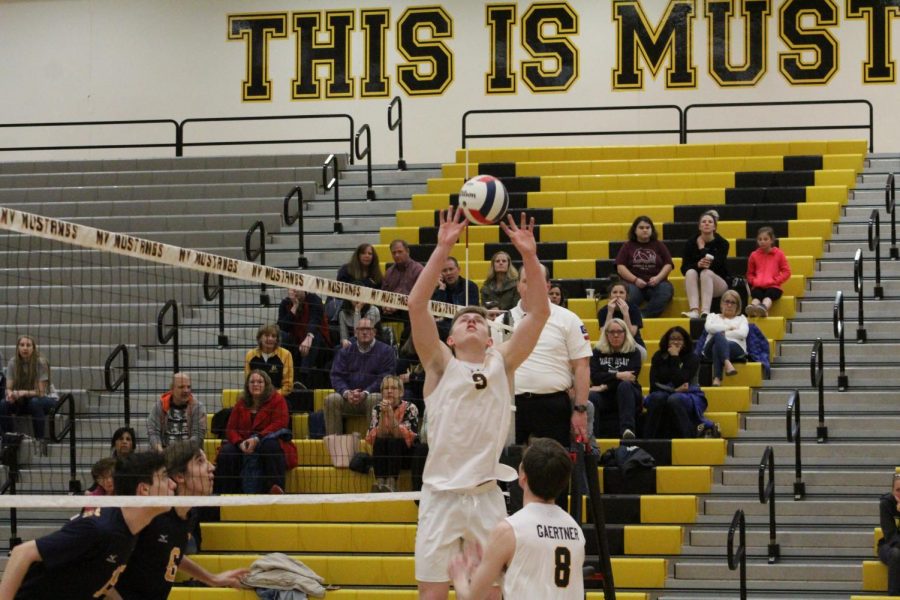 he boys’ volleyball team celebrated a conference win in two sets against rival Neuqua Valley on Tuesday. The boys’ hard work and determination displayed in both sets and was able to bring them to their success.

“I feel like last night’s win was very impactful for us because with the newer guys, they came and they played a very high leveled team. We didn’t just roll over because we knew [Neuqua was] pretty much better than us. For the older guys, we knew they were and we fought as hard as we could and won,” senior Andrew Kohut said.

Although the victorious game left its positive mark on the program, the boys are using it as motivation to finish the current season strong. With games against Naperville North and Naperville Central in the near future, the team is still finding ways to improve themselves as individuals and as an overall team in order to prepare themselves for the competition.

Having both new members and returning veterans this season, the team is hoping that the success that came from Tuesday’s game can carry over to more than just the regular season as well. “I feel [that] we came together as a team at the game last night, and we finally realized what our potential is. And if we can reach that again, then we can be a really hard team to beat in the coming season,” senior Eddie Forsythe said.

The boys are continuing to practice and better themselves to make this the best season possible and to be the best that they can be. The boys play their next conference games at Naperville North on Tuesday and at Naperville Central on March 24. “Overall, [the team] is really fun. There are six or seven seniors on the team [that I] have been playing with since freshman year,” Forsythe added.