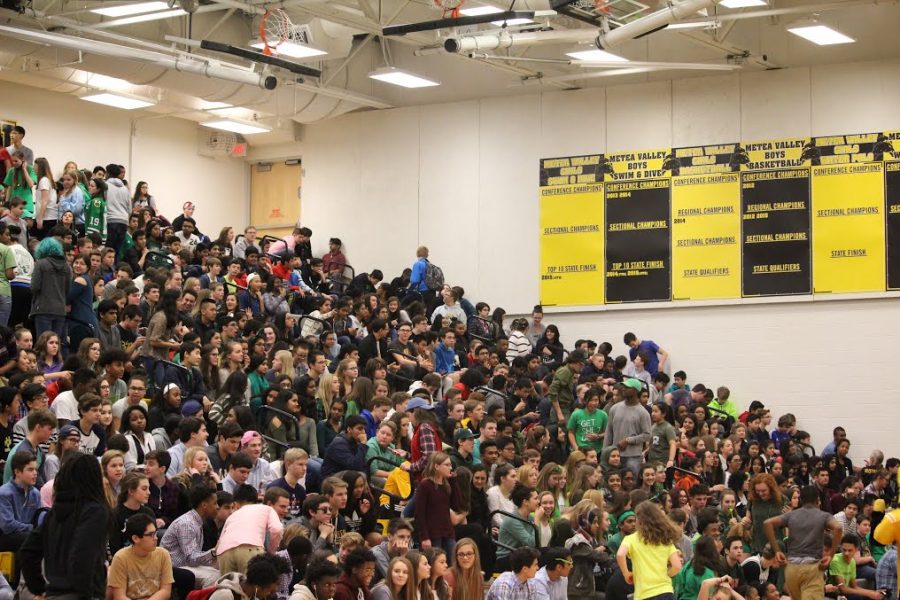 Building administrators decided last week that the pep assembly scheduled for today had been canceled, despite spirit week still continuing on. Many students were confused because they didn’t know why it had been canceled.

The assembly was canceled because of a lack of involvement from some clubs in the school. However, that was not the only reason it was called off. “We are restructuring activities in this building right now and we want to make sure that everyone has a role,” Assistant Principal Kim Maloney said. Changes are being made to the way we hold pep assemblies, including only two pep assemblies next year and social-emotional learning activities. The focus of the coming years will be shifted from fewer pep assemblies onto other school-sanctioned events, such as the talent show.

Several students were upset at the disorganization of the whole event.“I think this shows a lack of organization by the school due to the fact that they weren’t able to have enough people participate in [the pep assembly],” Ceniceros said.