Back in Iraq: How the Syria strikes are the start of the next War on Terror 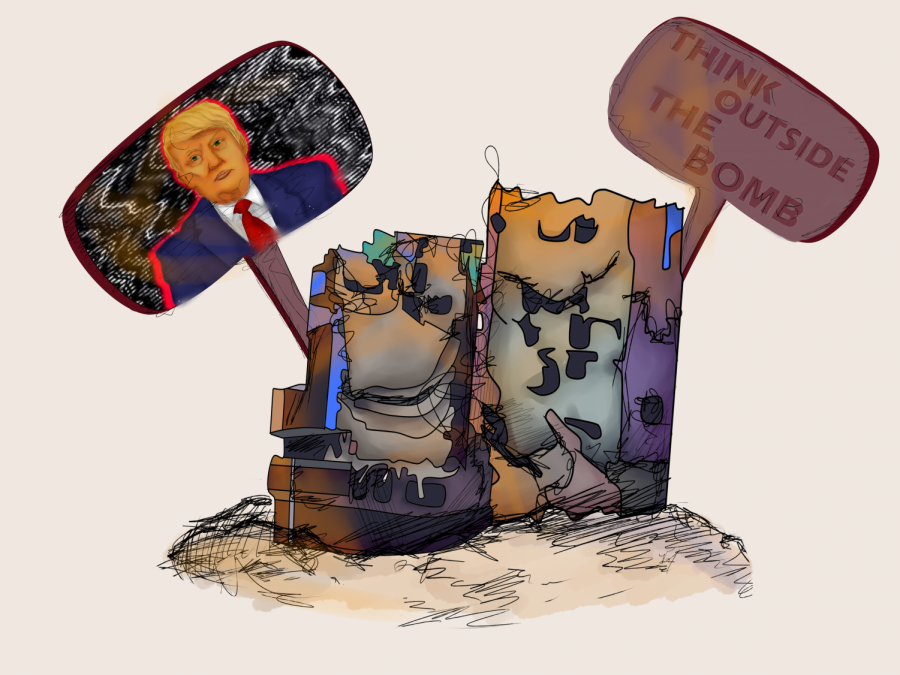 The United States, United Kingdom, and France conducted airstrikes on suspected chemical weapons plants and storage facilities in Syria last Friday. This attack follows the use of chemical weapons in the small town of Douma conducted supposedly by the Syrian government.

The entire civil war in Syria has been one prolonged tragedy. The violence and deaths have become so prevalent that the UN has completely stopped counting the death toll in the country. It’s that bad. But do you know what does not help that? Bombing a country that is already in ruins without a legal mandate. Not only was the attack in Syria completely unnecessary, but the reasoning behind the attack itself is unfounded, and brings back haunting memories of our War on Terror.

First off, let us backtrack to the reasoning for the strikes. Bashar al-Assad, the dictator of Syria, launched an attack on Douma using chemical weapons. There was even footage of the people in Douma being assaulted by the gas that France used as evidence of the attack. So that is settled. Assad deserved to be bombed for gassing his own people, right?

The video does not reveal the whole story. According to a report by The Independent, a doctor in Douma who was treating the victims claims that those attacked by the “gas” were actually victims of dust inhalation. You see, the footage France showed was not doctored, and Assad did bomb the area. But the bombs were not filled with gas. Instead, since like most of Syria the town was crumbling to pieces, and the area was held by the Syrian rebels. So when Assad bombed the rebels to reclaim the territory, the bombs kicked up a bunch of dust into the air, creating a miniature dust storm. And when the people so this cloud of colored air descend upon them, there was only one thing they could think of: gas. Yes, civilians were accidentally killed by the Assad regime, but it was not a direct chemical attack upon the people.

But even though this attack may not have been gas, there still have been many chemical attacks in Syria. Now there is a contentious debate about whether those attacks were conducted by the Syrian government or one of the many rebel groups, but for our sake let’s say it was actually Assad and the government. Still, even in this scenario where Assad is gassing his own civilians with reckless abandon, we should not have intervened, especially by way of missiles and bombs. Because when we do so, we create more problems and destruction in a nation that’s already fallen to pieces.

According to a New York Times article, one of the facilities bombed in the strikes was a Syrian research compound, which, amongst other things, was developing anti-venom and cancer treatments. Think about that. In our attempt to “save the lives” of many Syrians by destroying supposed chemical weapons, we ended up destroying vital medical resources that the country is already heavily lacking. In one quick move, we have already done more harm than good.

It is completely insane. And yet, we still treat this like some glorious victory over a regime we don’t happen to like.
You know what the best part is? This is not the end of it. We may claim like this is the end, and that our goals have been reached, but it that isn’t the case.

In a report from the Associated Press, Marine Lt. Gen. Kenneth F. Mackenzie, the joint staff leader for the Pentagon, claimed that the strikes were a success and we did our job so well that the chemical bombs didn’t even spray gas everywhere when we blew them up. Yet, when pressed further, admitted that there may have been residue weapons left that we didn’t blow up, but we did such a good that it shouldn’t matter anyway. What does that remind you of?

We have a mix of horrific weapons that you suddenly disappear without a trace, overzealous military action in a Middle Eastern country, causing more harm than good to said country, and a dictator that is super evil and must go or the world will face dire consequences. Doesn’t that sound familiar?

It’s the long-awaited sequel to Iraq. Everyone from warmongering politicians to the sensationalist news stations that love to keep us glued to their reports has been shaking in anticipation. And do you know what the means? That this definitely isn’t over. When Saddam Hussein was toppled in Iraq, we were still eight years away from getting out of there. And within that time, thousands of Americans died, innocent Iraqis were raped, tortured, and sodomized in Abu Ghraib prison, and our privacy was lost to the Patriot Act. And for what? Oil and influence, of course. A classic case of the imperialist drive for gold, glory, and god. Except oil is the gold, crushing slight opposition is the glory, and the US empire is the god. Now Syria may have to face this same exact thing.

In the end, I’d like to bring it all back to something that is often related to political news and opinion these days: a Trump tweet. On the day of the strikes, President Donald Trump tweeted that the strike was a success and ended the tweet with two words, “Mission Accomplished!” Now those who know the Iraq War know George W. Bush’s infamous speech in front of a banner with those exact words. After the “mission was accomplished” in Iraq, we faced another eight years of brutal fighting. Now with both the tweet and the banner, things are and were very much not accomplished.

Except they were. Bush and Trump used the terms correctly. The missions of beginning destabilizing conquest were accomplished. And on the night of April 13, the conquest of Syria had begun.