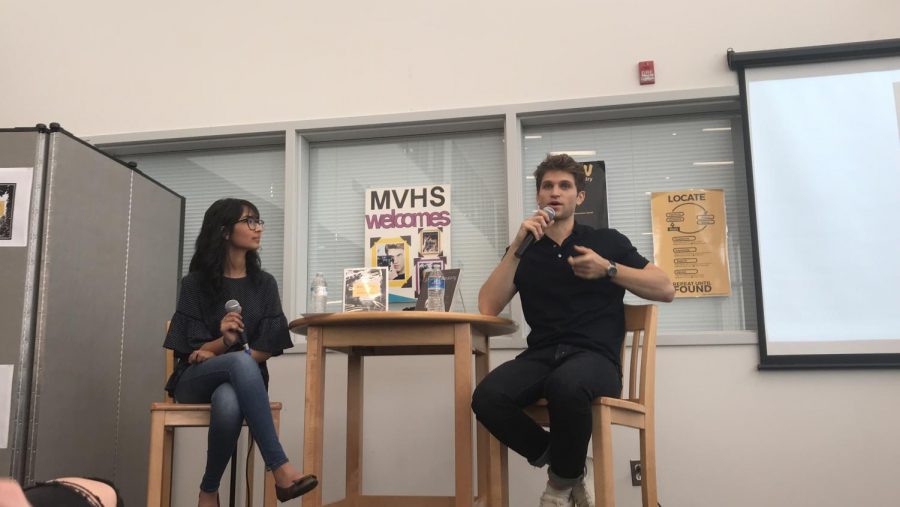 Allen talked about his two photo essay collections with students who were interested in photography as a career. Students that went spent the period asking Allen questions about his collections as well as getting the opportunity to purchase and get them signed by him after the period ended.

Allen spent most of the period talking about what sparked his interested in photography, who his biggest influencers were and what got him into making two photography books. His newest book, “Hollywood”, took years to build on and create the process of making each individual photo.

This photography book is his second book, followed by “Life. Love. Beauty.” that came out in 2015. His love for photography started at a young age and has grown throughout his life and career as an actor. Since Allen grew up in Hollywood and is a part of the Pretty Little Liars cast, most of his inspiration came from the fans of the show and his acting.

All of “Hollywood” was captured in Hollywood as Allen took advice and tips from the cameramen of Pretty Little Liars. Many of photos in the photo essay collection show vulnerability, realism, and honesty. Allen took these photos with the hope of showing each person’s individual story as well as sharing his own point of view of Hollywood.

Allen hopes to inspire the youth to believe in themselves and work hard to achieve their goals. His next stop after finishing the book tour is to do a project with more details to come!