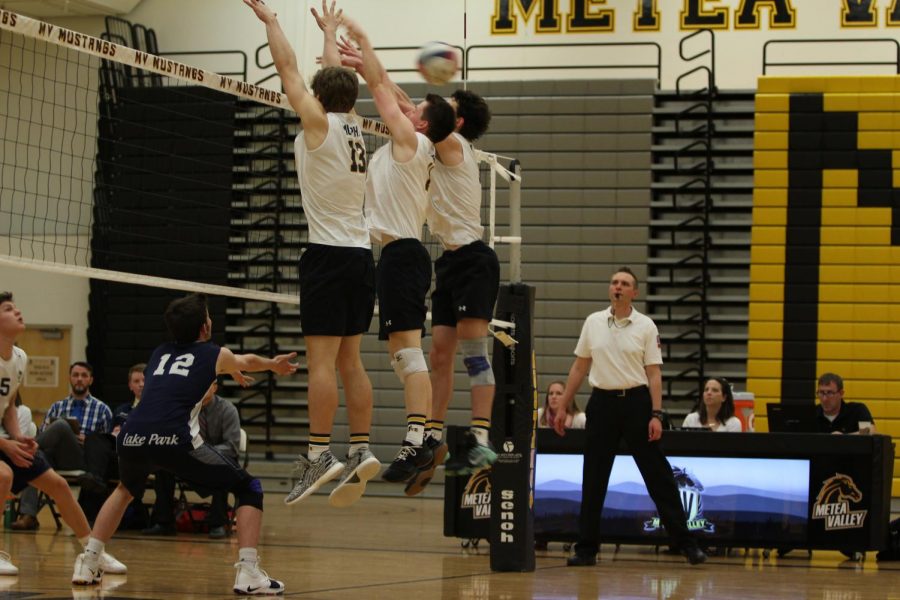 Metea lost the first set with a score of 16-25 but came back strong in the second set with a score of 25-20. In the second set, Metea started strong and brought the score to 10-4. Lake Park battled back to make the score 14-13 but the Mustangs rallied to bring the final score to 25-20. Although the team brought it all, the boys fell to Lake Park 20-25 in the last set. The team fought hard throughout the sets and kept the score close.

Senior Andrew Kohut led the way with 14 kills and 26 attack attempts. Matt Nealon had three service aces and 25 assists to help out the offense. Throughout the sets, team morale was strong and there was a valiant effort from all players.

With IHSA Regionals on the horizon, the team only has three games left to finish strong. Their current conference record is 4-2 heading into the end of the season and expectations are high for Regionals.