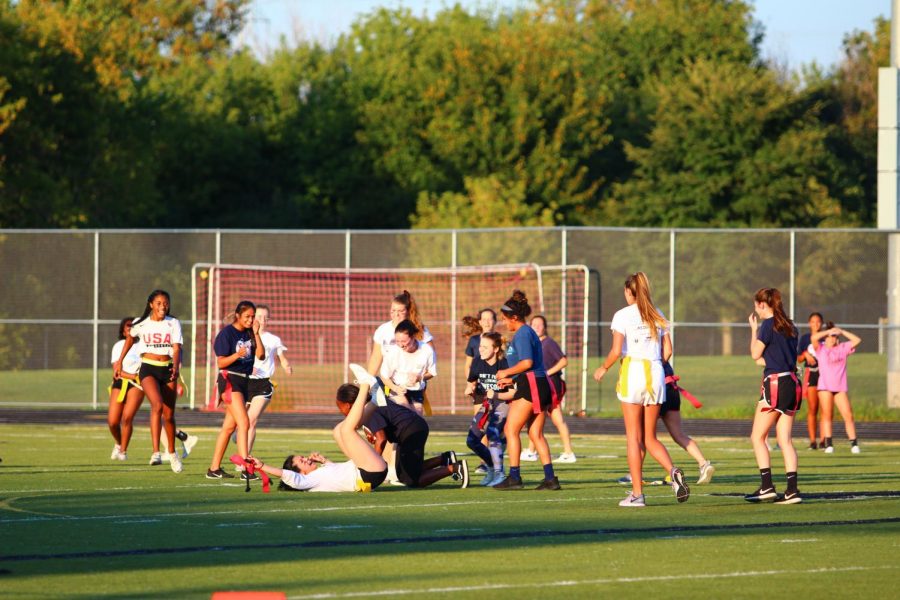 his year the Powderpuff intramural is starting off its season with a new rule: freshman and sophomores are allowed to play.

Powderpuff is an annual activity for girls where they play flag football with teams of friends. Teams usually get involved by registering for the intramural, selecting a team captain and choosing a team.

However, the rules for who can participate in the game have changed this year, in that freshman and sophomore teams can sign up as well. “Freshman and sophomores are so important to building a successful program. Like anything else, the younger someone starts something, the likelihood of them participating in that event later increases,” said Matthew Fehrmann, intramural assistant and assistant athletic director.

The next Powderpuff game is on Monday at 5:45.