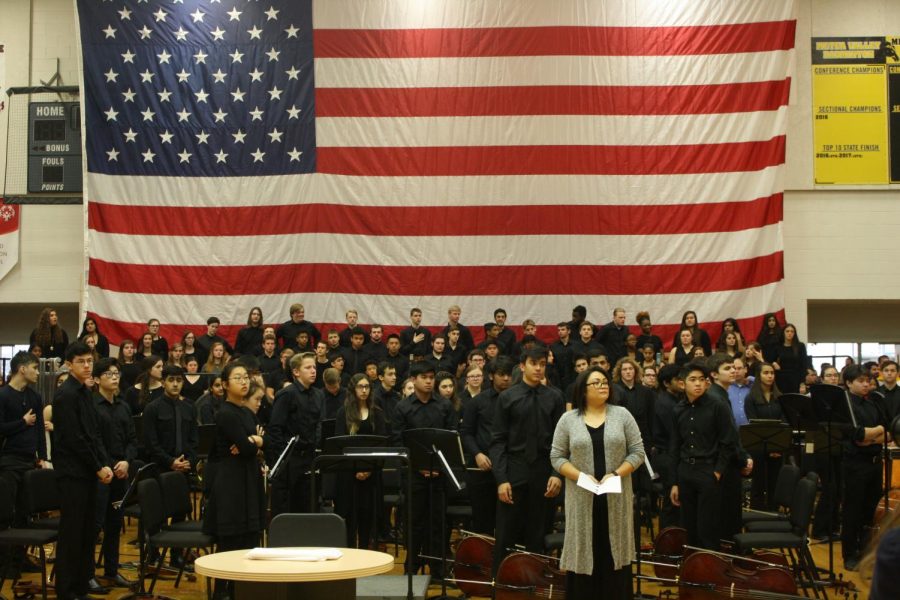 Orchestra faces the boy scouts as they bring in the flags.

Language Arts teacher and former marine Rob Tesmond spoke about his time in the Marine Corps. “What I accomplished was growing up. I was transformed from a 17-year-old boy to a 25-year-old man with a wife and two children,” Tesmond said. “I learned that is is possible to reject the easy path of judging others for their failures, and instead see them for who they can be.”

Sergeant Alan Reyes, Army veteran, member of Illinois National Guard, and husband of Dean Jennifer Reyes, spoke about his experiences. “I remember seeing [my uncle] board the plane in his Class A uniform and knew what I wanted to do.”

In addition to the assembly, Metea celebrated Veterans Day by hosting a UH-60L Blackhawk helicopter.  It is used by the military in air assault, air cavalry, airlift, and aeromedical evacuation. The Blackhawk was open for classes to explore throughout the day.