The college board fails to meet the mark 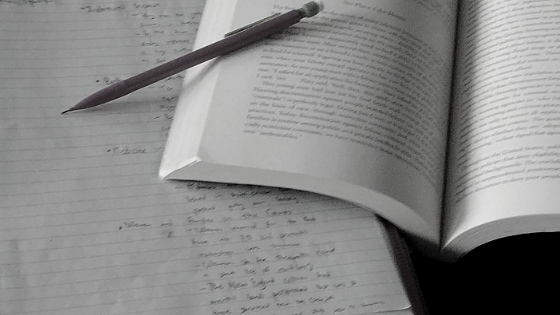 very single student in the country who is contemplating taking the SAT or an AP class is all too familiar with College Board. College Board is a non-profit organization which administers the SAT and decided the curriculums for AP classes. This non-profit has steadily accumulated more and more power in the US through critical lobbying in Congress and an aggressive campaign to increase the number of students taking their courses and tests. College Board is more than just a mere non-profit however, College Board is one of the most powerful pseudo-monopolies in the country. Unlike their success financially College Board is completely incompetent at doing what the company is meant to do: Help the student.

The College Board has grown to become one of the most powerful, and most profitable, nonprofits in the country. It made around 915 million dollars in 2015 making a profit of about 77 million dollars, nearly 317% of the industry average. The College Board pays all of their board members an average of around one hundred thousand dollars a year with their very top executives receiving pay valued at 600 thousand dollars and more. There’s nothing wrong with giving employees decent salaries, it’s how you retain employees, but the College Board is paying their top executives’ extravagant amounts of money while actively failing to be a competent tool for students to succeed.

The SAT, AP tests, and the PSAT that this so-called non-profit administers cost substantial amounts of money, money which some poorer students just don’t find worth spending. The tests aren’t the only available purchase either. This organization offers multiple extra services from getting your scores via phone call-a widely used service since the college board website tends to go down when scores release-to services to recheck your scores and essays for any mistakes done by the College Board. Not only are these services expensive, but they’ve helped to rake in nearly 114 million dollars of the College Board’s revenue in 2015. Services like score rechecking are extremely useful and frankly needed for students given the SAT’s track record when it comes to scoring, yet these services are the opposite of free.

You’d think that since administering the SAT is one of their main jobs, the College Board would make sure to at least get that part right, but year after year SAT tests leak early and tests are graded ineffectively. Just this year, the June SAT met a flurry of controversy as thousands of students received shockingly low scores purely because of the curve the “non-profit” set. In an effort to standardize a test that they should have had standardized, to begin with, they graded it incredibly harshly with students who got 5 questions wrong dropping down to 690 points out of the 800 possible in each section. The College Board punished students for the organization’s own mistake.

Just a few months later, College Board faced yet another scandal, this time revolving around reusing questions. The College Board allegedly reused questions from a 2017 SAT test administered in Asia for its August test. Reusing questions has always been a problem with the SAT. It has become so bad that entire industries in Asia have formed around cheating on the SAT, often using Reddit and other social media apps to leak SAT questions ahead of time.

The number of SAT leaks in Asia is outrageously high; a Reuters obtained powerpoint from a College Board board meeting from 2013 showed that half of the 2013 SATs in inventory were compromised in Asia. However, the College Board never made any big attempts to cancel the SATs administered in China, their biggest source of revenue in Asia, choosing only to cancel the ones in small regions. The leaked powerpoint also had a very strange solution for the leak: the College Board considered moving ahead with the planned launch of the SAT knowing full well it had leaked in order to save money. The organization didn’t choose that plan for obvious reasons but mainly only out of fear of the press finding out.

The damage was done though, and due to not canceling scores in China, colleges couldn’t tell who cheated and who didn’t. This cheating culture that has developed in Asia has made the SAT even more competitive for students in the US. This has become such a big problem that the International Association for College Admission Counseling stated that their counselors had a “lack of confidence” in the College Board’s ability to administer the SAT properly. The SAT isn’t the only failure under the College Board’s belt, however, as their number one source of revenue now are AP classes, classes which are slowly losing their worth.

This June, eight of the most elite private schools in Washington DC announced that they will no longer administer AP classes at their schools, citing that they believed the curriculum of AP classes didn’t prepare students for college well enough. The high schools surveyed 150 colleges and found that not only did the colleges assure them that AP would have “no adverse impact” on their students, but the colleges also stated that AP was so common nowadays that it was no longer noteworthy in an application. The perception that AP has created that they’re the best way to get into college is completely wrong. Not only that, but this culture makes students who may be suited for less intensive classes to attempt to take as many AP classes as possible but then fail to keep up with the workload. This gets even greedier as this year College Board made registration for AP tests in the fall, making it impossible to drop out of an AP class unless you want to waste money.

The AP curriculum has also been criticized for being biased and vague, most famously making the AP World History curriculum skip over thousands of years of history until 1450 AD. The College Board incentivizes teachers whose students get higher scores on AP tests, making curriculums more focused on what will be on the AP tests and less on what you will actually need to know. The controversy behind these classes isn’t misplaced. In lots of cases, even students with 4’s on their tests are encouraged or even forced to take the college classes anyways because AP at its core is nothing like a proper college class. The “non-profit” isn’t stopping either; this year they’re bringing out their pre-AP classes, which is sure to bring in an even nicer profit.

The problem with all of these AP classes is that once a student is in, they’re unfortunately stuck since dropping down from an AP class looks incredibly bad in college apps and the College Board knows it. Every year, more and more students take these classes hoping it’ll get them in a better college, resulting in the College Board making 408 million dollars off of them in 2015. AP is also extremely dependent on regional funding, and well-funded schools tend to do incredibly better than schools in poorer areas in the US, furthering the class divide inside our country. This isn’t to say that advanced programs should be taken out, it is always important to allow higher achieving students to succeed, but AP is not that program.

To the College Board’s credit, they have taken efforts to help lower-income students. They have implemented a fee waiver program aimed for students currently on the federal food stamps program and implemented Khan Academy to help students who cannot afford their prep book get a proper chance to study for their tests. However, this is only a small fraction of students. In other words, while it’s definitely a right step for the College Board to take, it’s simply not enough.

The main goal of any educational system is to give every student a fair chance to succeed, College Board’s SAT and AP classes have created a wealth gap in these classes and a culture of inclusivity with select students. This issue isn’t the core problem with the American education system, but it is a parasite which holds our futures hostage while it consistently lowers our chances at achieving higher education. To the College Board, we are the product. Students like ourselves are the future of this country, and it’s time we took ahold of it for ourselves.