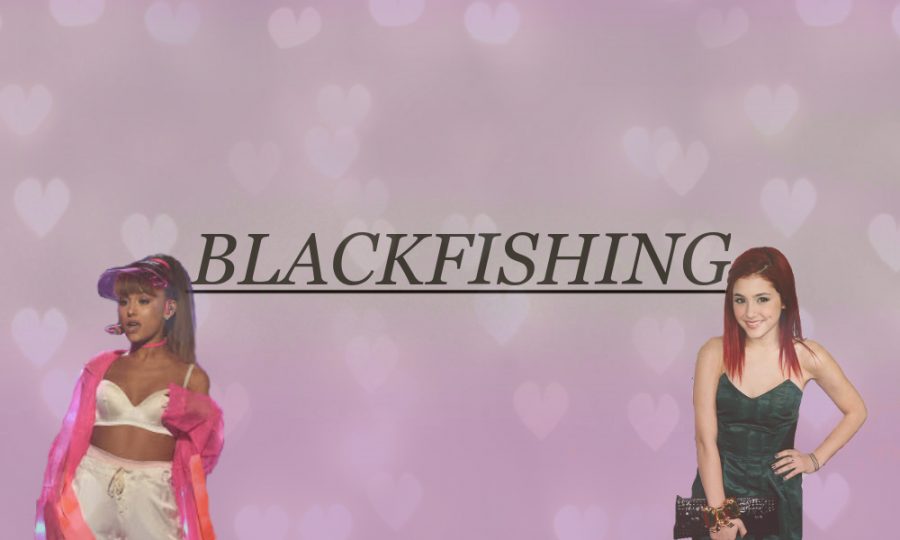 ackfishing: someone of European descent presenting themself of having African, Arab, or Hispanic ancestry. The now common social media trend differs from blackface in that it is far more subtle. Blackfishing is meant to fool people; hence the suffix ‘fishing’ (from the phenomenon of catfishing).

One of the most famous occurrence of this was the Rachel Dolezal controversy. Dolezal, a white woman, claimed to be of African descent and even was president of the NAACP chapter in Spokane, Washington. After receiving backlash for her deceit, she was dismissed from both her position and job as an instructor in Africana studies at Eastern Washington University. Dolezal used makeup and Black hairstyles in order to fake her ethnicity. While most blackfishers nowadays don’t go so far as to proclaim themselves as spokespersons for the black community, almost all of them appropriate hairstyles and use darker makeup to pass as black.

The trend is most commonly seen among social media influencers, who use photoshop and makeup to masquerade themselves to their followers. While big lips and curvier bodies are not features exclusive to black people, many blackfishers take these attributes to the extreme; in addition to sporting curly and/or braided hairstyles typical of black women. These characteristics have become the new beauty ideal, which may be a big reason behind the emerging phenomenon. The issue in this lies in the fact that it is pushing real black women and influencers to the side. Some may see it as a form of flattery, but to many, it’s mimicry and cultural appropriation.

The term “Blackfishing” was coined around the time Toronto writer Wanna Thompson posted a thread of “white girls cosplaying as black women on Instagram”. Many have been quick to call out blackfishers on social media, resulting in backlash. The accused have claimed their appearance is a result of natural tanning and trying out different hairstyles.

The media has recently turned this attention toward popular celebrities as well. Ariana Grande and Kim Kardashian have been subject to accusations of blackfishing, with most outrage being directed towards pictures of Kardashian sporting cornrows and Grande’s tanner-than-usual appearance in the “thank u, next” music video. Despite their status, they are not exempt from criticism.

The implications of this trend affect the black community. “It’s extremely offensive because black features were once mocked- as seen through racist caricatures- and now they are being embraced in an inappropriate way,” senior India Williams said. Despite imitation often seen as the ‘highest form of flattery’, “[Blackfishing] dismisses the systematic barriers that actually come with being black,” Williams said.