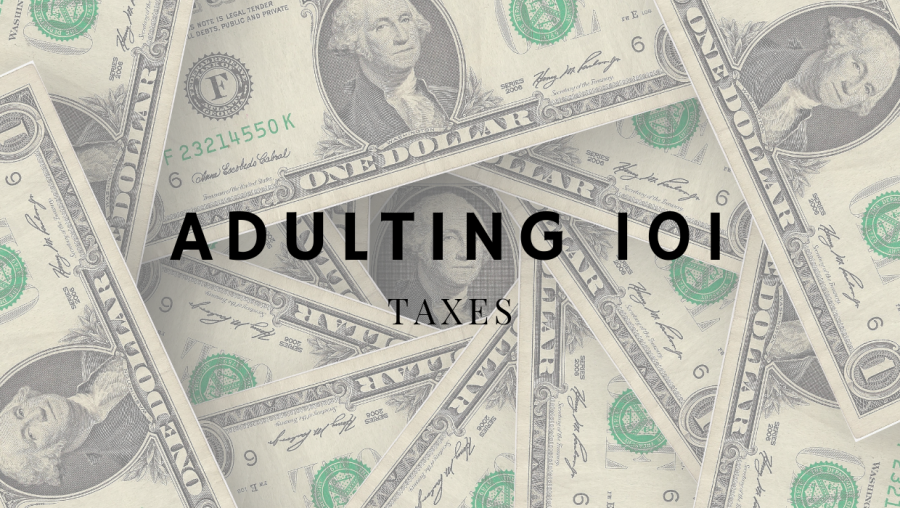 ost all high schools offer consumer economics. The majority of students in the United States have access to family consumer science classes and receive a standard education providing them with concepts they should know for adulthood. The success of previous generations seems to prove that an efficient school curriculum does exist and encompasses all “the things you should know” before you go off on your own. However, it is imperative that students set forth to engage with such concepts while starting off with some sort of basic knowledge of what exactly it is they are getting themselves into. More often than not, one will find that adolescents know what taxes are, but not how to file them. They know what the 401k entails, but not a realistic age to begin saving money. This series of articles will delve into these concepts, providing a foundational basis for those confused by the complexity of these systems and policies to discover where their money is going, why the government functions this way, and how they can better prepare for their financial futures.

Firstly, we’ll start off with the basics: taxes. What better time than to discuss it when the tax-filing season began this week! Starting from ground zero, tax filing is ultimately done by those who are employed and making an income of over $12,000 a year. You cannot file taxes if you are a dependent, which most young part-time students or workers will have reported to be on their employment payment forms. To be a dependent, one must be a qualifying child or relative, proven to be of certain age, in full-time schooling, or with a specific income. Thus, the majority of students cannot file for themselves.

The deadline to report a tax return is April 15. If there are any discrepancies among files, it is possible for one to receive a tax audit- an examination of the return by the IRS to confirm that all the information is accurate. This can range from that of one’s income to one’s deductions.

The government is funded mostly through income taxes, which is one of four sources of revenue which also include payroll taxes, sales taxes, and real estate taxes. While tax filings may ensure the government has collected enough money from the public, they also ensure that the government is justly reimbursing those whom it has withheld too much from.

In some cases, people may be unable to pay the taxes they owe in filing taxes, and there are a few options. Firstly, a person can file a tax extension by “Tax Day”- again, April 15- which usually short-term, or lasting a period of 120 days. The IRS also provides an Installment Payment Plan Agreement for those whom it will take longer to attain the funds needed to file. This agreement allows taxpayers to pay off their debt in small increments, likely by the month. This plan only applies when the taxpayer owes $50,000 or less in taxes, and contains a few other requirements involving the IRS ultimately evaluating your financial situation. These are not your only options; however more likely than not, the inability to be cover tax payments will result in the IRS contributing this debt to your outstanding debt. These plans are to be abided by with the taxholder still having complied with or further complying with current tax laws. The process of application can be completed on the IRS website.

A failure-to-file penalty is imposed on those who fail to their taxes entirely. This circumstance requires that 5% of one’s unpaid taxes be paid for every month succeeding the tax payment deadline, which can increase up to 25%. After 60 days, the whole sum of the taxes owed or at least $135 is to be payed. With further failure of compliance, the IRS has the liberty to file a note of federal tax lien, with which it keeps possession of property belonging to the taxholder until the debt is paid. This property may also be seized. Additionally, it may revoke your passport, make you surrender your refund, or charge a taxpayer for tax evasion, the illegal underpayment or nonpayment of that money. The IRS rarely will press criminal tax evasion charges resulting in jail time, so consistent ignorance of taxes does call for just punishment.

Many people wonder exactly where their income taxes are distributed in the government budget, and it’s a valid question. To the surprise of most, one can actually find budget approximations on the Government Printing Office website- and the rundown even includes historic estimates as well. The three major areas of government spending are Social Security, health insurance programs such as Medicare, and international security assistance and defense. In order, their corresponding budget percentages were 24%, 26%, and 15% in 2017. Considering the numbers, the funds we contribute in taxes does not seem as excessive as people suppose them to be. Given that 44.4% of Americans do not pay a federal income tax, according to the Tax Policy Center- and that’s 76.4 million people. Workers within this bunch include single people, jointly-filed married persons, and married individuals alone. Still, their taxes cover Medicare and Social Security. Those who don’t pay federal taxes are the bottom 20% of those with an income.

Ultimately, United States individuals pay $1.2 trillion of the $2.7 trillion spent by the government, with $342 billion being paid by corporations. It’s sort of the hard truth- but higher-income households bear the brunt of tax payments, and many are otherwise exempt from income payments. Nevertheless, everyone who meets the appropriate qualifications pays some sort of tax, whether payroll or to Social Security. There is room for change within the United States tax system, but knowing your place in it is where to start.