Super Bowl VIII: One of the most boring and controversial games in a while 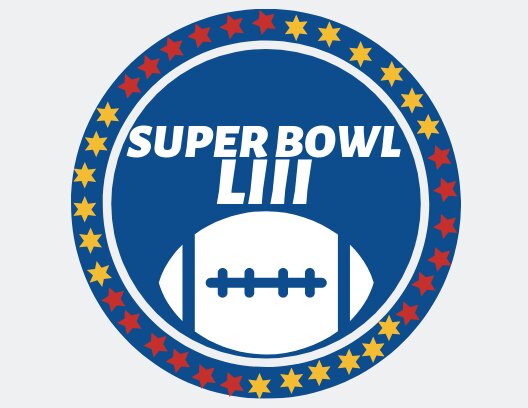 It is pretty safe to say that this year’s Super Bowl was a major disappointment on all accounts. Several factors played into the overwhelmingly negative criticism that this event has received, which include the tedious and boring content, the cluttered half time show, and the disappointment in the actual teams, it appears that the fifty-third Super Bowl left a bad taste in peoples mouths.

Even before the big game had a chance to kick off, the tension from the audience seemed to be overwhelming. This Super Bowl marked a rematch between the New England Patriots and the Los Angeles Rams, in which the former team took home the victory. But even before this historic rematch could take place, there seemed to be a steaming hatred for the Patriots, with much of the anger being directed towards Quarterback Tom Brady. Despite being considered one of the biggest athletes of our time and being lauded for his many achievements, including winning six Super Bowls, detractors tend to pin their hatred on a man who seemingly cannot lose. So it was safe to say that there was a major disappointment when the team ended up making it to the Super Bowl.

The bias targeted towards the team seemed to affect the ratings of the show. The initial Nielsen Ratings of the show were 44.9 million, which was the lowest-rated Super Bowl in a while and showcased a five percent drop since the last one. Many fans of sports, especially those in the Louisiana area, boycotted the game and refused to watch, which seemed to be attributed to the Patriots.

Even ignoring a large amount of disdain for the actual line up, it did not help that those who did watch the game found the results to be completely underwhelming. During the first few quarters of the game, not a single touch down was achieved and it seemed as though it would set the tone for the rest of the game. The Rams were unable to score a single touch down, which not only disappointed the team’s supporters but also proved to bore the most dedicated of sports fans. As already stated, when the game was finally over, the Patriots won by thirteen points, with the Rams only gaining three total. Not only was this the lowest amount of points for any Super Bowl, but the fact that the Patriots received another victory only furthered the hate for the team and Tom Brady.

Despite a rather underwhelming game, at the very least some people would be entertained by the half time show, which often proves to be a draw for many viewers of the game. Well, let us just say that the results were less than satisfactory. The show, performed primarily by Maroon 5, with guest appearances by Big Boi and Travis Scott, received major backlash from the very beginning. In 2016, several Football players kneeled during the National Anthem in order to protest police brutality and racism. One of those individuals was Colin Kaepernick, who after kicking off the protest during a 2016 preseason, was blacklisted from the NFL. This caused a large amount of controversy, and several performing artists, including Jay Z, Cardi B, and Rihanna, refused to perform at the Super Bowl in protest. The fact that Maroon 5 even performed at all was criticized by people in support of Kaepernick and greatly intensified the half time show.

Even it the controversy was not taken into account, the reaction that the half time show got was lackluster, to say the least. Many considered the half time show to be overly safe and offered no surprises. Several younger viewers also had some grievances with a short animated tribute to the late Stephen Hillenburg, showcasing characters from his popular series, “Spongebob Squarepants.” Although some were happy with the brief tribute, many expressed disappointment over the missed opportunity of not playing “Sweet Victory”, a song that was played at the end of the episode, “Band Geeks”, which parodied the Super Bowl.

Even the commercials, which were sometimes the only reason why some people watched the game, were shown to gain a massive amount of controversy and criticism. Although some were praised by audiences, including an award-winning ad featuring the Bud Light Knight and characters from Game of Thrones, others have been met with a less than stellar response. One of the commercials, which was advertising BON & VIV Spiked Seltzer, gained major controversy for its depiction of women, and many sources revealed that the audition process forced the actresses to wear a bikini and dance in front of a camera for thirty seconds.

It is safe to say that this year’s Super Bowl was not a satisfying experience for much of its intended audience. Whether the NFL can learn from its mistakes in the future or listen to the public is a hopeful scenario. But considering we live in a world where Rosanne gets to sing the Star Spangled Banner, that remains to be seen.