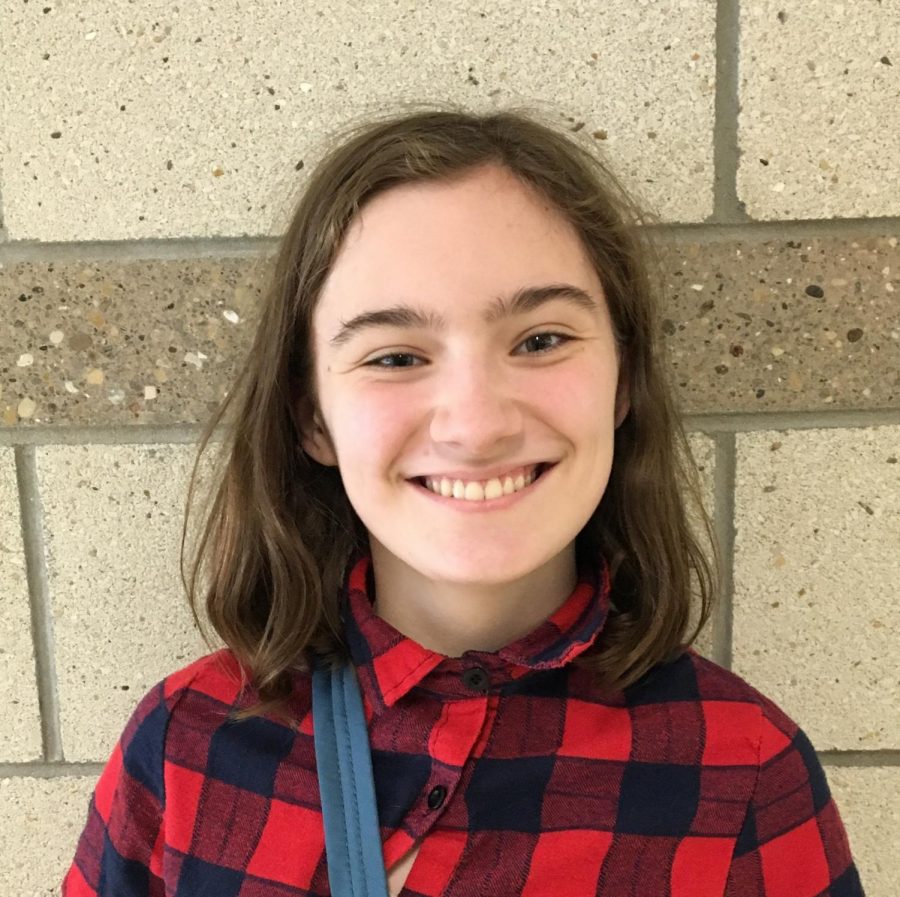 Metea Media is full of interesting comments. Many individuals have made it a hobby of delivering their opinions through the comment section, whether it is insightful or not. However, no other person has made quite as much of an impact as sophomore Ursula Sturgeon. Better known for her online persona, “Darkstripe”, behind the screen she is  an individual who is passionate about art, opera, and the representation of the Autism community.

This article is one of four Humans of Metea that are in association with Autism Awareness Month, where we will be covering different students of our school who are on the spectrum and showcase them for the amazing individuals that they are.

Can you talk about all the things you do at Metea?

Sometimes I am in Improv, but not all of the time. Generally, I am most known because I comment all the time on the Metea Media site, so that’s usually what I am primarily known for.

A lot of people know you most for your online persona, “Darkstripe”. Can you describe its conception?

Darkstripe is a character from Warrior Cats, but he is actually pretty unlikable in those books. It is a really bad book series on a writing perspective, but I enjoy it personally because it is just something of a comfort series. I did that because I figured that I knew something about politics. Not much, but I know something about politics, and I thought that it would be fun to just comment on it often under the name of a fictional character from a book series I read.

We also heard that you are big into opera?

I am a really big opera person. I cannot sing a note, but I love analyzing it and I often have something of a role in a lot of online opera communities. I specifically like Mozart’s operas. Right now I have been listening to a lot of “The Marriage of Figaro”, but it kind of varies every week.

For Metea Media, we are interviewing a lot of people who are on the spectrum for Autism Awareness Month. Are there any misconceptions about the disability that you have noticed?
I specifically find that I cannot tell people that I am just autistic. I have to go like “I am on the spectrum” or “I have PDD-NOS”, which is technically the diagnosis that I have. I got it before the DSM change, so it would probably be regular autism now. But people often see autism as what would be considered as the low functioning end of the spectrum and not like the higher functioning part of the spectrum, where I and a lot of people that I know would be on.

We have heard that you have some issues with aspects of the Autism Awareness movement. Could you talk about that?
I am iffy about it simply because of the organization running it, “Autism Speaks”. It is not a very good organization to autistic people such as myself. It does not represent us and it often presents autism as what people often think of it as, which is this monster that will take away your children.

Could you talk about your webcomic?

It is something that I have been working on for years. It is based on a Mozart opera, but it re-purposes the setting and changes the theme of it so it is more political. So instead of people in the 18th century, it takes place in the streets of Chicago with cats as all of the roles. It does not make sense when I explain it, but I try to make it more like an Animal Farm thing.