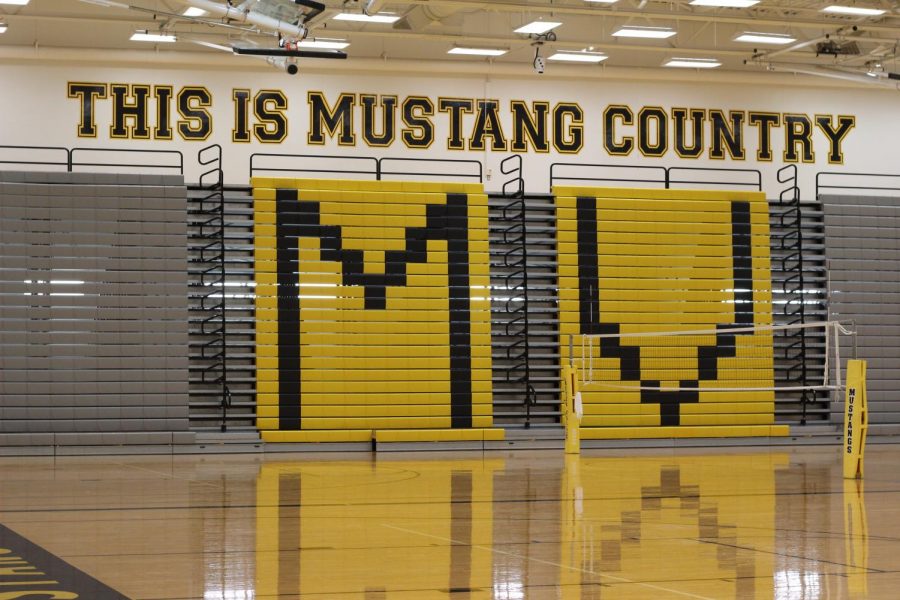 The PE area of our school acts as a space for classrooms and extra curricular sports. Sometimes its even used for assembly's.

The varsity team continued their successes last week with a 17-0 win against Downers Grove North, a 5-2 win against Harlem, and two wins in a doubleheader against Aurora Christian. The team is still undefeated.

The varsity softball team fell to Batavia and Yorkville last week. They have four games this week including two home games on Wednesday and Friday.

This past week, the Mustangs had a meet on Saturday at the Norm Armstrong Invitational at Belleville West. Junior Virgil Steward placed fifth in the 200 meter dash. Senior Michael Varzino placed third in the 1600 meter run. Senior Pryce Giwa-Osagie placed in the high jump. Senior Temi Osobamiro placed fourth in the triple jump. Their next meet is this Tuesday at home.

The varsity team competed in the Niles West tournament this past weekend. They beat Niles West, Maine West, and Evanston before falling to St. Rita 10-9 in the championship. The team is ranked 14th in the state, a program record.

Last week, the Mustangs competed on Saturday at the Fremd Lady Vike’s Varsity Tournament and they placed second. Their next meet is this Tuesday and they play Neuqua.

The girls played a non-conference home game against Downers Grove North on Friday. They won 13-9 with the help of five points scored by sophomore Audra Thomas. The Mustangs will play a home game against Geneva High School today at 6:30 p.m

The match on Wednesday against Naperville Central High School was canceled due to rainy conditions. The Mustangs will play at Plainfield East High School 4:30 pm today.

The boys played St. Charles East on Thursday and continued with the Warren Tournament on Friday and Saturday. They finished in thirteenth place overall and the boys play at home against Benet Academy on Wednesday at 5:30pm