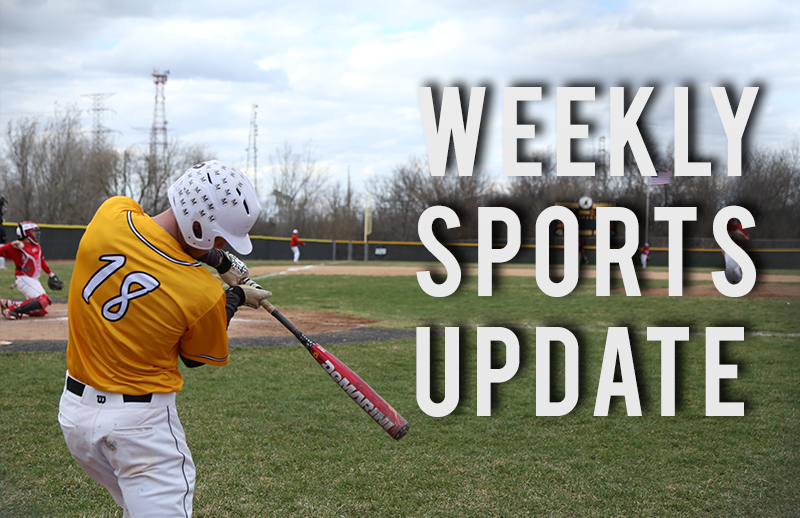 This past week, the boys’ team held an invitational at Metea. The 4×800 team placed fifth overall. Virgil Steward and Temi Osobamiro placed first and second in the 100m dash preliminaries. Jake Pauline broke the freshman school discus record, and Cole Pauline placed second overall in varsity shotput. Other info was not available.

The varsity team played Neuqua Valley on Tuesday, falling 20-10. They then played Oak Park-River Forest and won 11-7. They play Waubonsie at home this Tuesday.

The Mustangs played won against Neuqua last Tuesday 8-3. They will play an away game at Waubonsie Valley tomorrow.

The girls both lost against Hinsdale Central on Monday 7-8, and Naperville Central on Tuesday. The Mustangs ended on a good note with a first-place finish at the Mustang Varsity Invite on Saturday. The girls will play a home match against Naperville North at 4:30 pm on Wednesday.

The Mustangs played against Geneva High School on Monday with a win 16-3. The girls continued their success with the help of senior Whitney Kueltzo on Wednesday against Naperville Central High School 11-7. The girls will play Neuqua Valley High School at Waubonsie 6:30 pm on Wednesday.

The girls continued their play in the PepsiCo Showdown on Tuesday against Bradley and lost 0-1. Thursday, the girls played Nazareth Academy and won 1-0. On Saturday the girls played against Main South. After being tied in regulation, the girls took home the win through penalty kicks. Their success from this week will bring them to the PepsiCo Tournament on the 28th. This week, play a home game against Waubonsie Valley High School at 6:30 pm on Tuesday.

The Mustangs played against Plainfield East on Monday, St. Charles North on Tuesday; boys lost 3-4. On Wednesday, the match against Wheaton North got canceled due to inclement weather. The boys play an away match against Lincoln-Way East at 4:30 pm today.

The boys played against Benet Academy on Wednesday and had a close two-set loss. Continuing with their week, the Mustangs played against St. Francis High School on Thursday and lost 3-1 as well. The boys will start their conference play against Naperville Central on Tuesday at home at 6:00 pm.

Due to inclement weather, the Waubonsie Valley and St. Charles North games were canceled on Wednesday.