The death penalty is an outdated punishment that should be abolished 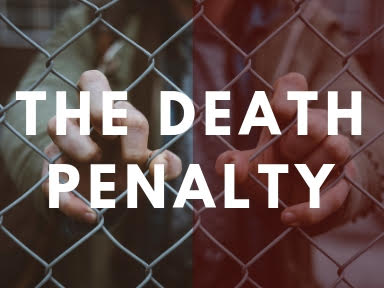 Saudi Arabia has recently executed 37 citizens convicted of terrorism on April 23, 2019. Although the people convicted have not been proven to be terrorists, this has brought the total amount of executions in Saudi Arabia this year to 105. It is also the largest number of executions in one day that the nation has witnessed since 2016. The following day, on April 24, 2019, a Texas inmate by the name of John William King was executed after being convicted and put on death row for the murder of James Byrd Jr; the fourth inmate executed during 2019 in the United States. There have been numerous instances of the death penalty in our country and many others, and this form of criminal punishment has created a debate on whether or not it should remain legal.

The death penalty, also known as capital punishment, has been a major aspect of our society ever since the beginning of civilization. The continued use of this execution method has proven to be a large debate topic in the eyes of American citizens, with many questioning the ethical use of this punishment for criminals. However, we have to realize that despite what many will say in defense of this widely used punishment, there is still something rather cruel about punishing a criminal through an action typically seen as illegal and wrong. Is it really worth it to murder somebody for killing a human being? How does that make us any better than the criminal?

Supporters of the death penalty will often point out that killing those who committed crimes will lower the death rates in our country. However, this ignorant way of thinking neglects the fact that those claims have no evidence or warrant behind them. According to a 2012 report from the National Research Council, “studies claiming that the death penalty has a deterrent effect on murder rates are fundamentally flawed and should not be used when making policy decisions’”. Also, the FBI Uniform Crime Report stated in 2016 that the South of the United States accounts for 80 percent of all executions, and yet has the highest murder rate in the country. Meanwhile, the Northeast, which accounts for one percent of all executions, has a lower murder rate.

If the death penalty has shown to be ineffective in its main purpose it is rather alarming when we consider the kind of cases that use this sentence are rather expensive. The Death Penalty Information Center reveals that cases that do not involve some sort of death penalty actually cast about $740,000 total, while cases with a death penalty cost about 1.26 million. This kind of evidence shows how the legal system is willing to pour money into a punishment that barely has an effect on the actual crime rates of our country, so utilizing no death penalty seems to be an inexpensive and more logical option.

In fact, the death penalty seems to be more harmful to the justice system than it is helpful. This is because there have been reported cases in which an innocent man or woman has been sentenced to death and executed. One notable example of a wrongfully executed victim was Carlos Deluna, who was convicted of the murder of store clerk Wanda Lopez and later executed in 1989. Later, in 2006, reporters Maurice Possley and Steve Mills uncovered evidence that proved the man’s innocence and pointed the murder charges to Carlos Hernandez instead. Wrongfully convicted individuals will never be able to receive closure or the chance to prove their own evidence because they have been murdered. Faulty eyewitnesses and DNA tests seem to be a common theme in these stories, showing fault in the justice system. But the wrongfully convicted are being killed without any sort of way to clear their name, and because of their death cannot be released or cleared of their charges.

A great example of the negative aspects of the death penalty comes from the recent Saudi Arabia executions. Many of the citizens that were executed have claimed to be innocent and have also stated that their confessions were fabricated by those who tortured them. Some were in their teenage years and have faced abuse from their interrogators, yet the justice system was unable to prove their innocence because of their deaths. This shows that the death penalty is a counterproductive method of punishment that takes away the lives of the innocent, is far too expensive to maintain, and has failed to lower crime rates in the United States. I strongly believe that it should be made illegal and removed from our justice system.