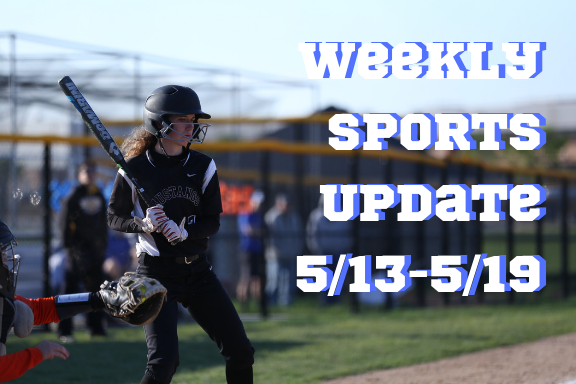 Interested in becoming a contact for your sport to get the most information out on Weekly Sports Update? Please contact the sports editor at [email protected] to help out.

The Mustangs played through the Dupage Valley Conference last week. On Saturday, they played against Wheaton Warrenville South. Capping off the week, they are eighteenth in the state and second in the conference. The boys will have Illinois High School Association State playoffs will start this week.

The Mustangs played against Naperville North last Monday and won 7-0. They played Neuqua Valley the following day and lost going 2-3. The girls played against West Aurora on Wednesday and lost. With the game streak, they continued on Thursday to play against Waubonsie Valley. They play in the Illinois High School Association Regionals on Wednesday.

Last week the boys played against St. Charles North and Naperville North. Later in the week, the Mustangs won their opening sectional game against Batavia. Their next round will be today against South Elgin.

Last week the boys played against the Neuqua B team and won. Following their win, they played against Saint Charles North and lost. They play this Wednesday against Conant and Geneva.