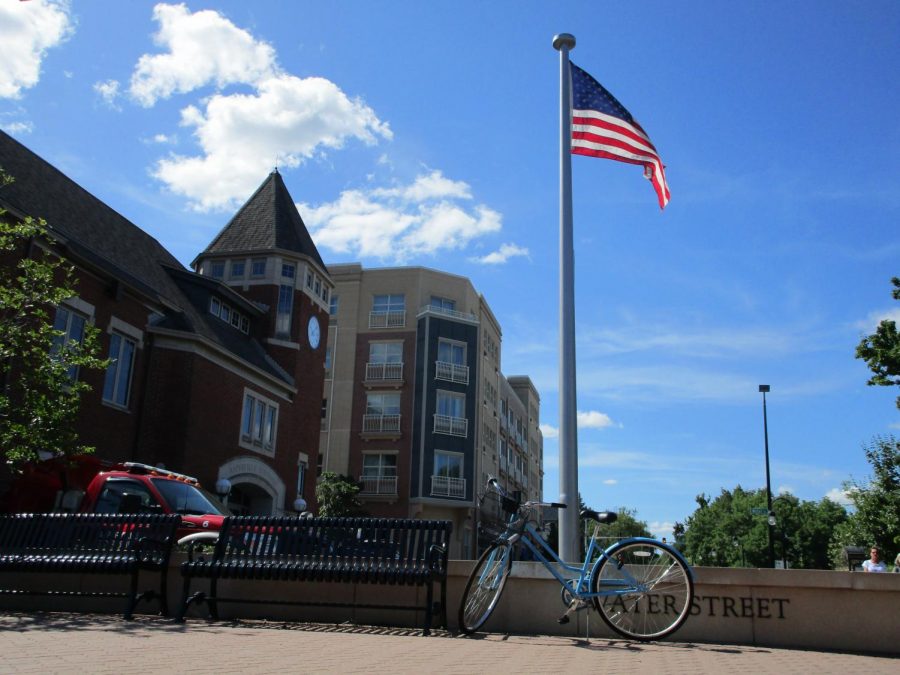 For many long-time residents of Naperville, the “other side” of the river has been relatively unexplored territory. The development of the Water Street area started when Hotel Indigo opened in Nov. 2016. Once the hotel opened, restaurants popped up in the surrounding area.  Santa Cielo, Elements, and Sparrow are independent restaurants connected to the hotel, and Blue Sushi and Quiubo are right next door.

The investment group that wanted to develop the area had a vision for a hotel to be the starting place for Water Street. Once Hotel Indigo was chosen to move in, other restaurants and retailers moved in. Santo Cielo and Quiubo are owned by the same group, and Elements operates the hotel ballroom. Each month, owners of the restaurants and retailers meet to discuss the growth of the street and how they can all work together to benefit all of the businesses.

“The hotel is the anchor, we run a really high occupancy. Blue Sushi [Sake Grill] from the get go has always been busy. MediCi is picking up some steam. So especially on the weekends, nice weather, we see a lot of foot traffic out here,” Hotel Indigo operations manager James Pomtrelli said.

Since the new additions arrived to downtown Naperville, the popularity of Water Street has just continued to grow. Visitors of all ages can immerse themselves into the restaurants and shops. Its overall popularity can speak for itself as it’s rare to find the sidewalks empty. This past summer has been especially beneficial for the new strip. “The hotel is a big tourist attraction” sophomore Emily Wagstaff mentions, “it’s not super expensive and is right in the downtown area.”

Over the last few years, more and more restaurants and shops have been opening their doors to the increasing population of downtown Naperville. These new developments are just a small part of the total expansion coming to this town. Naperville as a whole has seen lots of upgrades and will continue to grow over the upcoming years.