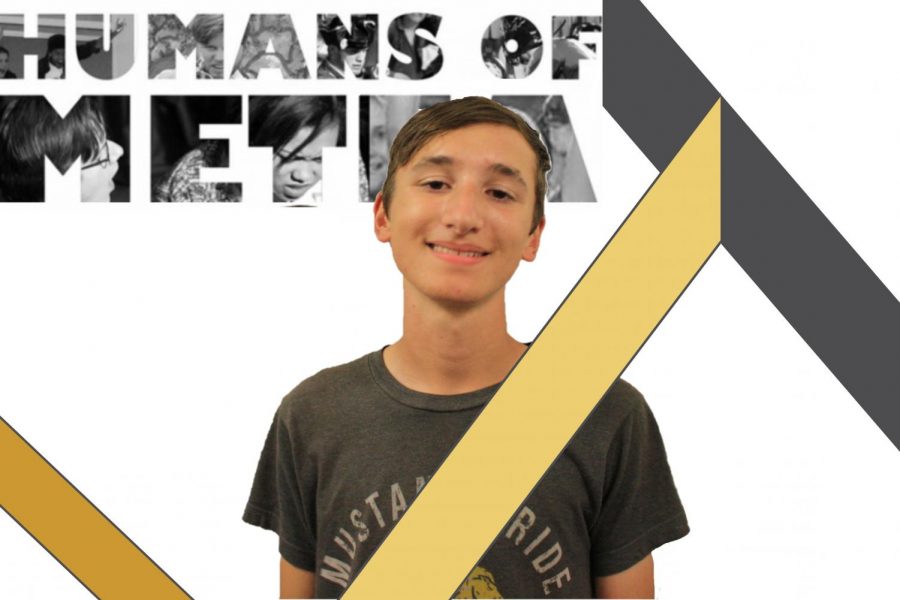 Marching Band is a huge production of music and visuals. It requires strength, endurance, and composure to get through a show. Although the band mostly consists of music students, many non-music students join the color guard. Junior Rí Pritchard is no exception. He is currently in color guard for his first year, and he is the only male student in the section and the 3rd male in Metea’s history.

How did you get involved in color guard?

My friends that were in color guard told me about it and said I should join and it just kind of happened.

Have you been enjoying the season so far?

Yes, it’s interesting. It’s a learning curve, and all the marching band traditions are fun; strange at first, but fun once I understand them. Although I don’t think anyone really understands them.

The fun we have together. At this point in the season, even though it’s really early, and we haven’t even had our first games, it really feels like a little family.

How do you think the rest of this season is going to go?

Good. Most of the section is figuring out who they are and how the season’s going to go. But so far, it’s been good and it’ll just get better as we go on.

What other activities are you involved in at Metea and outside of school?