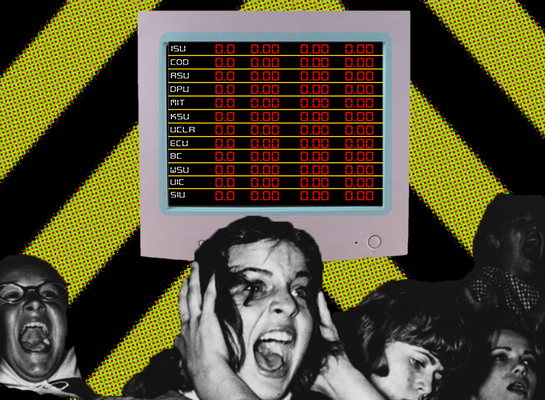 Ann Pettifor, a European based economist, published a prediction in 2006. In her published essay, she warned the people of the developed world that a massive economic crisis would happen within a few years of her publishing the prediction. No one took notice, CEOs got on TV shows and assured the people that the economy was better than ever, and her book went largely unnoticed. A year later, the United States suffered the great recession and the world at large suffered a global economic slowdown. Today Pettifor is credited for predicting the recession, and its causes, nearly perfectly. In 2018, Pettifor once again made the claim that a recession would soon arrive. Once again, no one took notice and CEOs got on CNN and MSNBC and assured the people that the economy was too strong to fail, and the world kept moving.

Over the past month, the US economy’s yield curve has inverted. This phenomenon has accurately predicted the last 7 recessions that occurred in the United States, making it one of the most telling signs of an incoming slowdown. Regardless of political position a recession is universally terrible no matter what your political beliefs are, especially to graduating seniors. So as we enter this uncertain time we have to ask: How did the world’s greatest economy, at its greatest point its ever been in, begin to falter?

Most liberal outlets at the moment are putting most of the blame on the elephant in the room, the trade war. To be fair, it is the main reason the global economy is slowing down, but to call it the sole reason is reductive to the larger discussion at hand. Even if the trade war had never happened, we would have still arrived at this situation, maybe a lot later but nevertheless we would be here. This is because one of the main problems with the United States economy is what made it grow so rapidly since President Trump’s election.

Tax cuts and American economics have had a long and extensive history. The idea of trickle down economics is nowadays attributed to Reagan and Reaganomics, but its roots go back way before his administration. Trickle down economics, in theory, means that by giving more money to the top, the top of society will naturally raise wages for the bottom and the money will, as the name implies, trickle down. To credit Reaganomics somewhat it does work, for a time. Both in Reagan’s and Trump’s administrations, tax cuts produced rapid economic growth because obviously when you give rich people more money they’ll spend more and more and the economy will vastly grow. However, this is where cracks begin to appear in the theory.

President Trump has made the GDP of the United States grow massively since taking office. However, the average American has not seen the benefits from our improved economic capabilities. When it comes down to practicality, trickle down economics makes the same mistake that a communist government makes. Both assume that people are inherently good and will not be greedy or power hungry. In the same way unchecked communism leads to an authoritarian state, unchecked reaganomics leads to unsustainable economic growth.

Now when it comes to the concept of “trickle down economics”, many conservative thinkers may quickly even deny its existence and call it a leftist talking point. It is fundamentally true that trickle down economics is the liberal term for supply side economics but the fact that the name carries a liberal bias does not somehow make it non existent. Other critics may be quick to point out that criticizing supply side economics is a criticism of capitalism and we can’t possibly criticize capitalism without being a crazy socialist. You might say that I’m not being fair to these conservative thinkers and am presenting a very basic view of their views. To that I say that throughout me getting to know some of these conservative philosophers ( Your Laffers, Scrutons, and even a pinch of Shapiros) I have found that when it comes to defending supply side economics their responses default to very subpar fallacy ridden responses, well, except for one.

A conservative thinker in the limelight right now is none other than Ben Shapiro. Though Shapiro fits more into the neo-conservative school of thinking, Shapiro will often make the good point that when a company receives more money they can obviously lower prices and “everybody wins”. I say it is a good point but it begins to fall apart under closer inspection, obviously prices of goods are fundamentally decided by supply and demand, which is Economics 101. However a quick glance at our history with these corporations has showed us that, unfortunately they don’t often choose to do what is best for the American consumer. Shapiro, on his defense of supply side economics, points out a hypothetical: would you rather give one million dollars to Apple or one dollar to one million people? Putting aside the obvious over simplification of the issue in this rhetorical question let us attempt to analyze a more practical real world situation.

Last year Amazon paid zero dollars in federal income taxes despite making a stunning 11 billion dollars in profit. Similarly General Motors, Netflix and 60 other fortune 500 companies paid zero to no taxes due to the tax cuts. Now did Amazon allow the money to “trickle down”, well yes and no, Amazon was pressured by several congressmen to increase the wage their workers got to 15 dollars. Amazon was forced to by circumstances, not by choice, to truly allow a small portion of money to trickle down. This is where the big problem arises. Unless a company is forced by the government to give their workers fairer compensation, an action which is fundamentally contrary to the belief in a free market, the company will not choose to do it in most cases. A company’s board is what typically decides where the money is put. The board has essentially 3 logical options. They can either raise their own wages, raise dividends being paid to investors, or pay their workers more. Most of the time the first 2 options are immensely more attractive to the company. The fundamental problem here is that unless the government directly intervenes there can be no assurance of ethical spending from the top benefiting the bottom. This is why despite the prosperity of the American economy at the moment, the average wage for the American worker has not changed and their lives remain the same.

This creates the second huge problem and the reason why tax cuts create unsustainable growth. A libertarian leaning institute called the Tax Foundation found that 77% of all tax paying Americans fit into the 15% bracket range and below using data from the Federal Reserve. The us debt clock states that at the moment there is a total debt of 74 trillion dollars in the united states. The debt factors in the debt of regular Americans which is astonishingly high while compensation for most single workers is only at most 50 thousand dollars. What this creates is an economy where for a time those receiving good money will gladly invest more and more into the national economy, hence the growth, due to the fact that companies will naturally benefit from tax cuts. However, the products being produced by these companies becomes less and less affordable to the general populous while the average person spends more and more on debts. This is why in 2019 Apple’s quarterly report had it at a 5% decrease from previous years, people cannot afford to buy these luxuries. What this creates is a situation we’ve seen many times before, the upper class over speculating while the lower class can’t provide the backbone and demand that it needs to be providing in order to support the national economy. In the end investors soon begin to notice this trend and begin to prepare for an economic decline by purchasing longer yield bonds. When many of these investors believe the economy will perform badly the price of long term bonds falls and the yield curve inverts. This is why supply side economics are fundamentally flawed as a national economic initiative, you can artificially create supply but demand will fundamentally be unsustainable unless the people at the bottom can afford to purchase your increased goods.

The upcoming global economic slowdown is happening all around the world, and in some countries like Germany it has already started. The yield curve of the United Kingdom inverted because of Brexit and trade war fears and even the Asian economy has began to slow. The circumstances behind this coming economic slowdown within the United States is obviously connected to these factors too. Its not my intention to mitigate the impact of Brexit, or the trade war which is the main reason for the slowdown right now. However, an argument must be made against tax cuts which President Trump plans to enact again to try to curve the economy in a positive direction. When it comes to practical economics, sustainable growth can only exist in a capitalist society that can be supported through a strong working class not a strong upper class.