Musical memories: the music of your childhood 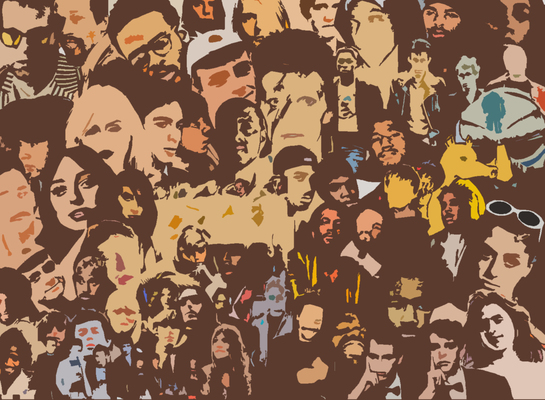 Research says that the music you listen to in middle school is the music you listen to for the rest of your life. This is called your listening biography. Most people stick to a similar genre and barely branch out beyond it. They may stray away from their norm, but over a lifetime, their middle school playlist remains their home base. Let’s test that theory with a few seniors.

Drew Pastore: “I listen to all types of music. Except for country. I would only listen to hip hop and EDM. I think it has influenced my music right now, but I think the biggest influence has been my closest friends who have introduced me to new music.”

Danny Scovill: “I listen to country. In middle school, I listened to whatever my parents had on, so probably pop. Now, I have this strong dislike for pop because it was always played at my house.”

Nikhil Nalabolu: “I listened to rap and hip hop. [In middle school], I listened to a bit of country songs and cultural music. It’s just work ethic and how music helps you progress through that. It’s mostly to your liking.”

Natalie Johnson: “I currently listen to jazz, a lot of vocal jazz, and in middle school, I listened to Troye Sivan, which is cringy. I don’t like Troye Sivan now at all. I won’t listen to it.”

Dhruv Ranjan: “My music taste is very circumstantial. It’s really about how I’m feeling at the moment. So sometimes when I’m in a relaxed mood, I listen to some jazz. Other times, I’m in an upbeat mood so it’ll be rap or pop. In middle school, I would only listen to pop. It has a little influence on what I listen to now, but I developed so much as a person that my music taste also developed with that.”

According to Daniel Levitin, a professor of psychology at McGill University and author of This is Your Brain on Music, “fourteen is a sort of magic age for the development of musical tastes. We’re just reaching a point in our cognitive development when we’re developing our own tastes. And musical tastes become a badge of identity,”It seems that a lot of people have begun to branch out in their music tastes or even stray from them completely. Think back to the simpler time of middle school and maybe listen to the old songs you used to listen to. You may find out a lot more about yourself than you may believe.