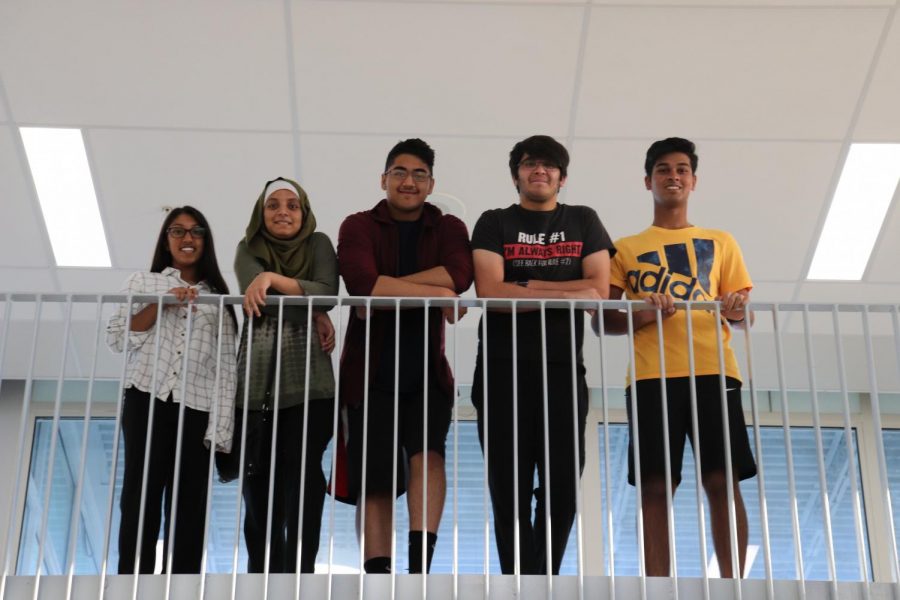 The Muslim Student Association, MSA, allows for students with a universal religion to unify. MSA’s sponsor, Aurelie Dubois-Williams, left Metea to work at Hill Middle School last year. As a result, they were unable to join in club events at the school, such as the activity fair. Members of MSA searched for a new sponsor for a month. Special Education teacher Alex Wynne began to sponsor the club as of Sept. 18.
The club meets twice a month to discuss their religion and share their ideas with people who have a common background. The MSA Co-President, junior Aimun Anwer, feels that the club is essential to Muslim representation at Metea.
“We can express our religion to others who may be unaware of what we stand for, and it is a way for people who share similar beliefs to myself feel represented,” Anwer said.
MSA includes a few events each year. In the past, a guest speaker spoke about the opportunities of being a Muslim high school student in America. It has also had movie nights and a job fair. MSA is not limited to only Muslims.
“We have had a non-Muslim person in our club before. We accept all religions. It’s a community. We do things as a group to explore our religion and ourselves,” Anwer said.
With a new sponsor, MSA has many goals for the future. Other schools’ MSA’s, such as Waubonsie’s and Neuqua’s, feed into a larger organization called MIST, or the Muslim Interscholastic Tournament. The tournament allows students to overcome common misconceptions about their religion. MIST also enables students to gain real-world skills for the future. According to the Muslim Interscholastic Tournament website, students can learn about professionalism and confidence. It is a place where people should feel comfortable and happy. Metea’s MSA is not currently a part of the tournament. “My goal- I want us to go to MIST this year. I feel it is beneficial to us to be a part of nationals,” Anwer said.