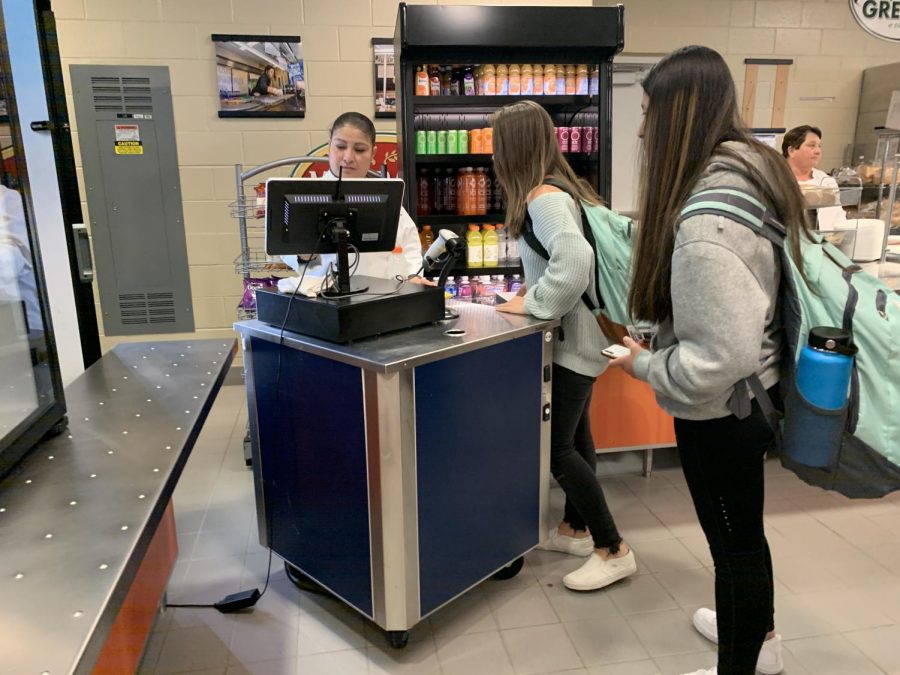 Students encountered a new system for purchasing chips and drinks when they entered the cafeteria on Tuesday. Instead of three lines for all purchases, chips and drinks now need to be bought at a separate line in the corner of the cafeteria. This move was prompted by a large number of thefts of these items, often adding up to hundreds of dollars per day.

“We’re making more money. At the end of the day before, when it was open to you guys, all three coolers and two racks of chips would be completely empty. And that’s not necessarily what we were selling. It’s what was being taken,” OrganicLife cafeteria manager Bobby Murphy said.

While the staff has noticed a marked decrease in theft and punishments, some students are frustrated with the longer wait times. Cafeteria manager Silvia Figueroa said that she has been on the receiving end of insults, taunts, and physical aggression since the change has been implemented.

“Kids walked up to [Figueroa] and were physically angry that they could not steal anymore. And so they would cuss at her and be angry,” Murphy said.

Other students understood why the changes were made, even if it meant a longer wait time for just chips and drinks. The other lines have become noticeably shorter, after separating meal purchases and side items.

“I feel like it makes getting food a lot shorter, but at the same time I understand why they’re doing it,” senior Marvin Nguyen said.