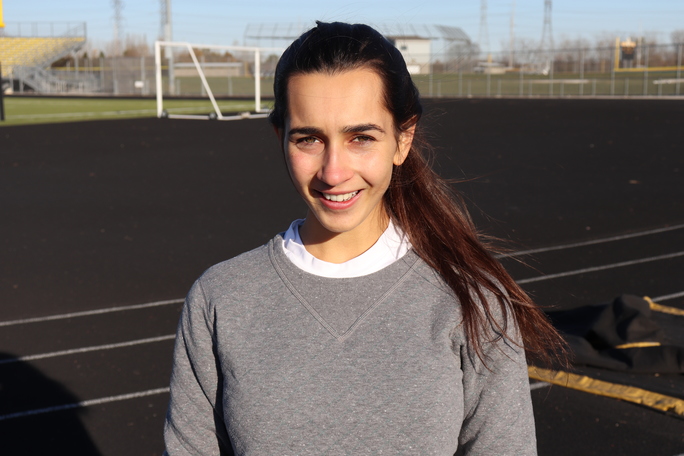 The sun was shining and cross country teams from across the state were preparing for their races on Saturday. Metea’s girls’ cross country team was represented at IHSA State by senior Sophia Sandy, who placed 22nd overall.

“It was a bit disappointing that our team wasn’t going, just because that’s been our goal this whole season and I would have loved to run with my team there, but it was really exciting knowing that I get to run at state, and that was my goal for the season, to run at state. I was super excited to have that opportunity and just be able to get out there and compete and keep running,” Sandy said.

The team came out in spades to support Sandy, with seven girls driving down to Peoria with her on Friday and many more coming out to cheer her on. Running is often a solitary sport, but the support of Sandy’s teammates motivated her. That motivation has led to great things; her amazing season and her commitment to the US Military Academy at West Point being two of them. By training hard and making sure she kept in top shape throughout the season, Sandy was able to come back with this honor to cap off her senior year.

“it was definitely the biggest race I’ve ever run, different but I was very happy with how I did,” Sandy said.

Sophia’s season-long efforts have earned her a placement in the state’s top 25 and a very bright future ahead.

“It’s a very rewarding feeling to finish the season on such a high note,” Sandy said.