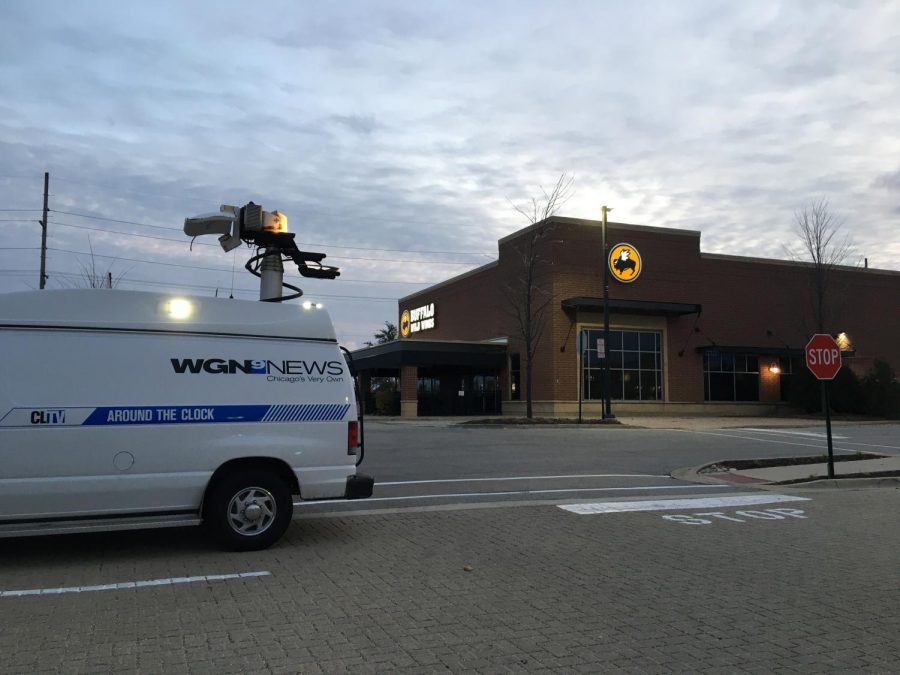 A Naperville Police investigation reveals a more complicated picture of what happened inside the Buffalo Wild Wings on 75th Street on Oct. 26. The Stampede obtained a copy of the police report created following the incident through a Freedom of Information Act request.

The police report details a series of events based on several staff members’ concerns that a couple, who had been known to make frequent racist comments, would react negatively to a large group comprised of Justin and Mary Vahl’s family and friends, who are African American, after the group of 18 was seated at a nearby table.

The names of all parties have been redacted from the police report to protect the privacy of those involved, since no charges were filed.

“[The server] admitted that the employees at Buffalo Wild Wings had heard him make racist jokes or comments in the past and that they took it upon themselves to tell this large group of [customers] that they needed to move due to [another customer] being a racist,” Detective E. Gibler wrote in his report.

The report also notes that the couple never made any comments to Buffalo Wild Wings staff about Vahl’s family.

The racial incident happened when Vahl’s party of six adults and 12 children were asked to move and be seated at a different table to avoid potential conflict with the couple, not at the couple’s request, according to the police report. After going back and forth with two different servers, the family ultimately got up and left.

Vahl and his family emotionally told their side of the story at a press conference last Tuesday, Nov. 5. One of the adults, Marcus Riley, continues to believe the establishment is protecting the discriminatory customers and not helping victims in times like these.

Many of the employees involved did everything they could to keep the situation under control, while others only witnessed it as they were doing their own assigned jobs. The report detailed the way the servers handled the table, and started the initial dialogue regarding moving the group.

“It was all he said, she said, and a lot of miscommunication – our staff causing most of the drama,” said an unnamed employee in the report.

Following the incident, Buffalo Wild Wings released a statement on Nov. 6, stating their apologies to the family for the situation and has fired the employees and banned the white couple from dining at the establishment. Buffalo Wild Wings has declined our request for an interview.

“Further, we will be conducting enhanced sensitivity training in our restaurants and working with city officials and community leaders to provide input and counsel,” Lyle Tick, President of Buffalo Wild Wings, said in the statement.

The day after the incident occurred, Mary Vahl, Justin Vahl’s wife, had posted on Facebook to bring light to the situation, and the media erupted with various opinions, mostly in favor of Vahl’s side. Mary explained the situation and her thoughts on how it felt to be questioned on their race.

“It’s apparent that this staff knows these two individuals as they were playful with conversation and took their time to make our experience difficult. In 2019, this type of behavior should not be accepted because of certain views,” Vahl said in her viral Facebook post.

The media responded in agreement with Mary Vahl and supported her by sharing their stories and spreading the message throughout all social media platforms. Yet, due to the widespread of this post, Buffalo Wild Wings began to receive threatening phone calls. The police report details a call to the Buffalo Wild Wings corporate office, in which the caller says,  “The Buffalo Wild Wings is racist, I’m going to set the place on fire.”

The Naperville City Council called for more employee sensitivity training on Nov. 5,  and better guidelines to prevent future situations from happening again. The City Council continues to stress on the importance to create a positive environment for Naperville.

Councilman Dr. Benny White, the only African American member of the council, plans to discuss further through their next Naperville Neighbors United meeting set on Nov. 20.