‘Frozen 2’ captivates an older audience with an intense storyline 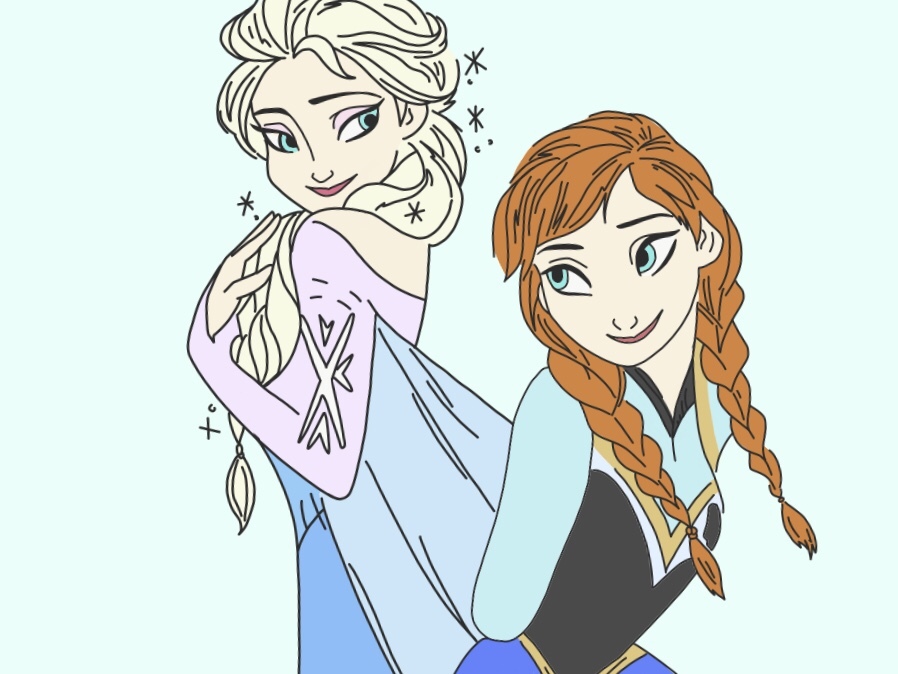 After the animated movie, ‘Frozen’, reached record-breaking success for the Walt Disney franchise, hopes were high for the release of ‘Frozen 2’. Following the first movie of the series, people of all ages filed into theaters to see what kind of magic this movie would portray on the big screen. Disney reaches out to all audiences but specifically targets young children to enjoy their animations. Families brought their kids to view the new adventure that Princess Anna and Queen Elsa would embark on this time. However, what came to life on the screen was nothing like what was expected. The scenes were dark, the themes were sad, and the entire franchise transitioned from the happy, fairy tale of the first movie to the intense reality of the real world in the second. Did I enjoy it? Absolutely.

The themes presented throughout the movie were relevant, yet potentially difficult for younger audiences to fully grasp. Disney has always done a good job of bringing awareness to topics that are popular and important at the time. And while this movie was still entertaining and did a good job at keeping children’s attention, the storyline and message behind it was complex. Despite being aimed at kids, the audience who would get the most from this film is teenagers. The overall message that the movie portrays is about the challenges of growing up. If anyone is struggling with the idea of growing up, it is high schoolers who are getting ready to move to the next step of their lives after graduation. So while the fun musical numbers and animated characters can be considered childish, the mature message captivates an older audience.

Carrying on with this idea of change within the movie, the happy snowman, Olaf, finds himself in a predicament at the beginning of the film. He is getting older and noticing the things around him changing, which scares him. However, in the musical number, “Some Things Never Change”, Anna tells Olaf to focus on the things that are constant, such as love. As high schoolers experiencing extreme change, this is a good message to hold onto. When all feels like it is slipping away, stay focused on the constants in life in order to keep pushing through. Environments change, yet the love of friends and family is always there.

The theme moving on even when things get tough comes back later in the film. The entire film continues to get a darker and darker feel to it as things get worse and worse for the characters. In the darkest part of the film, Anna sings a song about perseverance. Her heart-wrenching ballad “The Next Right Thing” is about picking yourself up from depression and grief in order to keep moving through life and make it out of the dark tunnel that has become your mind. Definitely not the kind of theme that one would expect to see in a Disney film. Although the meaning behind this song may fly right over young children’s heads, it hits an older audience hard. The take away from this song is, in my opinion, the greatest take away from almost any Disney movie ever. When life seems hopeless and you don’t know where to turn, just do the next right thing. It is okay to mourn, however, when you are ready, carry on with a good mindset and something to motivate you. In Anna’s case, she does not sit around waiting for someone else to help her. Instead, she picks herself up and helps herself.

If I am being completely honest, after I saw ‘Frozen 2’ for the first time, I had to process for a solid two days before I could form an opinion. I was thoroughly entertained, but sort of in a state of shock. I did not know how to interpret what I had just witnessed. It was dark and sad, yet meaningful and important. It was still suitable for younger audiences but gave older ones an experience that was truly impactful in ways no animated movie has done before. The soundtrack was beautiful, the animations were outstanding, and the storyline, though complex for a children’s movie, was impeccable. Disney is not just for kids anymore.