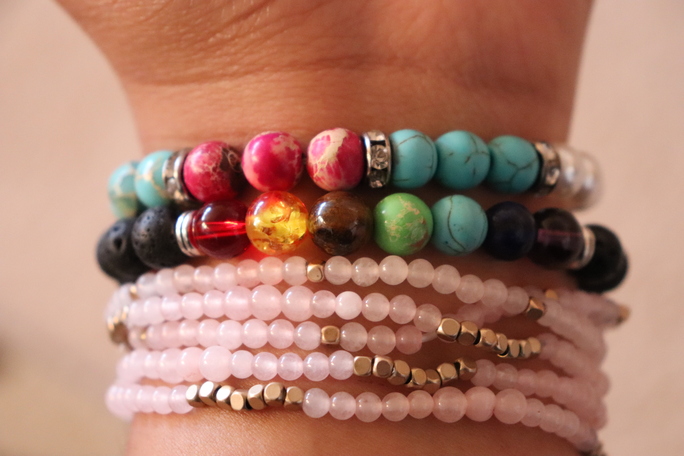 After making repeated comments about my desire to read Radium Girls by Kate Moore for the AP English III book clubs, I was assigned to 10% Happier by Dan Harris. It was my last choice. It was barely on my list.

It turns out that this book was exactly what I needed. It captures the life of a news anchor for ABC, his battles with anxiety and depression, and his journey in meditation. I thought, wow, this is going to be some guy boasting about the magic of meditation for 237 pages. I was not excited. I started reading, anyway. I was pleasantly surprised. I immediately learned that anxiety manifests in different forms. Everyone experiences it differently. Harris reluctantly opened up with his habits of self-medication with ecstasy and cocaine. It took me by surprise to read that. How could a successful business person with a steady career also dabble in heavy drugs on the weekends? He quickly turned it around to teach how you need to find healthy coping mechanisms for mental health issues.

Harris describes his battle with the voice in his head. He almost titled the book, The Voice in my Head is an A**hole. He settled for a less jarring title, for obvious reasons. The timing of the book clubs helped me manage my anxiety before it got worse. I learned that having a voice in your head that says not-so-nice things is not unusual. He talks about prapañca, the evil thoughts that colonize your mind. “The voice is constantly judging and labeling everything in its field of vision. Its targets aren’t just external; they often viciously taunts us, too,” Harris said.

Quickly, Harris began venturing into the idea of mindfulness. He had done a lot of stories about religious leaders and religion skeptics for the news segment he was consistently appearing on at the time. He met the right people and learned that meditation and mindfulness might be beneficial to him. I was perplexed by the idea of mindfulness. What does that mean? I decide my actions with meaning? Is that the same? No.

Harris describes mindfulness as watching the waterfall of your thoughts and emotions pass, without getting caught in the water. It’s about noting how you feel, but not letting it consume you. He brought up a mnemonic device he used to cope with the prapañca and intrusive thoughts.

First, you have to recognize how you feel. You have to admit that you are feeling angry, or jealous, or however, you think. Next, you have to allow it. You cannot shove down your feelings and deny them entry in your life. You say ‘fine, be that way.’ Next, you investigate. A lot of emotions can have physical repercussions on our bodies. Harris said he would note how his ears buzz or head feels hot. Finally, non-identification. Just because you feel angry right now does not mean you are an angry person. Just because you feel worried right now does not mean you are an anxious person. Just because you think a certain way does not say it defines you. From there, you can choose a logical action. Often, emotions cloud our judgment. By being mindful of how they affect us, we can be more decisive and reasonable. It’s about responding, not reacting.

Harris went on a 10-day silent meditation retreat. He tells his story with how he learned that there is no right way to meditate. Everyone does it differently. The stereotype of meditation is sitting cross-legged on a pillow with poised hands and breathing while candles and serene music surround you. In reality, meditation can take many forms. It doesn’t matter if you are sitting, standing, or lying down. Just keep your spine straight. Many start by focusing on their breathing. Harris found this to be a challenge and often found his mind wandering. He was instructed to begin noting what thoughts crossed his mind. His advice was to “do [your] best, expect nothing, and be with whatever comes in [your] mind.” This is also called choiceless awareness.

I am not a Zen guru after reading this book. It has, however, taught me that meditation and mindfulness could help calm your mind in the short-term and help manage your mental health in the long-term. Even taking a walk and noticing every step, lift, swing, plant, lift, swing, plant, can help calm and recenter your mind. You should give it a try because “carpe diem, and whatnot.”