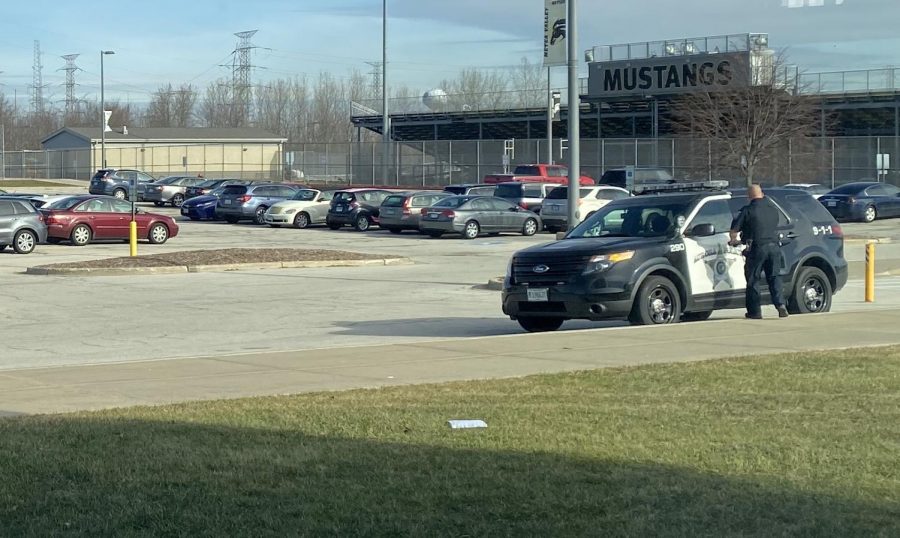 The Aurora Police Department arrested two Metea Valley students after they wrote shooting threats on bathroom walls. The students’ names are not being released because they are juveniles.

Three threats were written threatening the school with a shooting on Thursday, Dec. 5. The students responsible have been identified are being pressed with both academic and legal consequences. The original threat, written on Monday, Dec. 2, was followed by two “copycat” threats on Wednesday, Dec. 4, and Thursday, Dec. 5. The Aurora Police department took immediate action following the threats in order to ensure the safety of the students.

“We were presented with the writing on the wall in the restroom, and with that we had to do our investigation to weed through a lot of different information coming in,” school police officer Troy Kern said.

The threats were determined to not be credible and it was decided that the students responsible wrote the threats in order to gain attention.

“The students involved did not have any access to anything that would harm students at our school, so that’s why we believe that these were not credible threats,” principal Darrell Echols said.

The students that were involved never had the intentions of following through with what they wrote. However, their actions could have created a dangerous situation for the students and staff at Metea.

“With a written or verbal threat to staff or students or intimidation of a staff member, in the handbook on page sixteen, it is a tier four violation, and tier four is anything from an out of school suspension to a recommendation for expulsion,” Echols said.

In addition to the consequences at the school, the Aurora police department took immediate action in order to make sure that the students at the school were safe.

“It is disorderly conduct, but it ranges anywhere from a misdemeanor to a felony,” Kern said.

Many of the students felt unsafe at school, so they stayed home in order to ensure that nothing would happen to them. The threats were spread on social media, causing more misinformation to spread among students and parents. Many hoaxes regarding the threats were developed, which made the students more afraid.

“I chose to come to school because I knew that some of the threats weren’t really real,” junior Vinay Agrawal said.

Metea Valley administrators, along with the Aurora police department, did not use any of the information on social media because they wanted to make sure their information was accurate. Students aided in the investigation and they were helpful in finding the students responsible, since they were able to use the information spread to their advantage.