Democrats fail to build excitement in the Iowa Democratic Debate 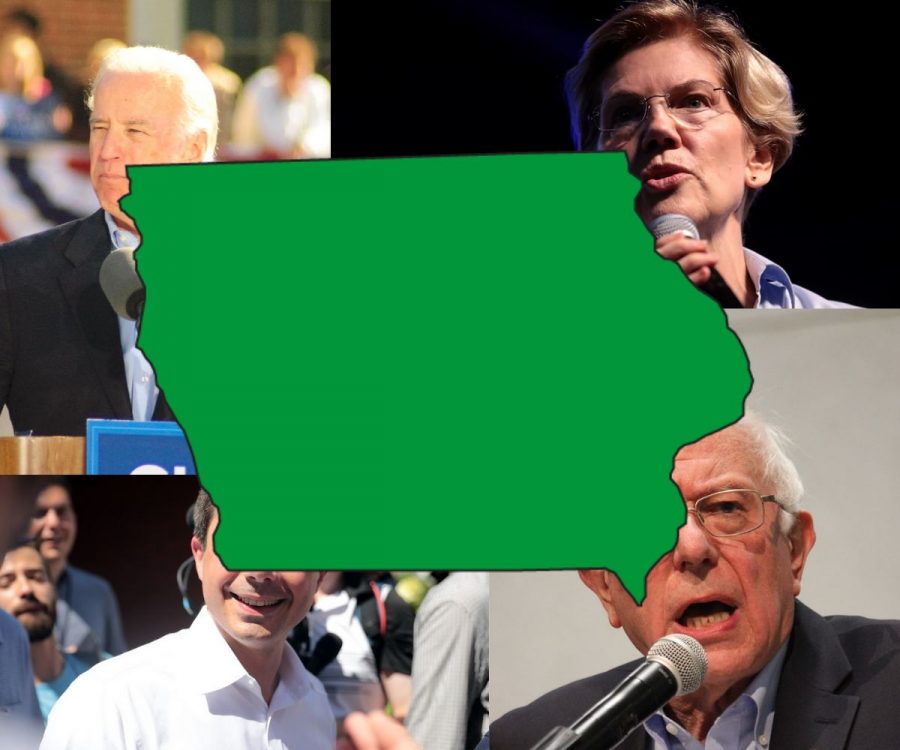 The seventh Democratic debate is the final debate to take place before the Iowa caucus on Feb.3. The lead up to the debate showed the resurgence of Senator Bernie Sanders as he became the frontrunner in Iowa, New Hampshire, and even Nevada. Other candidates like Mayor Pete Buttigieg, Senator Elizabeth Warren, and Senator Amy Klobuchar saw their once-rising poll numbers entered standstills as their momentum slowed. In essence, the field of the Democratic party before this debate was a two-way race between former Vice-President Joe Biden, and Senator Sanders. With the final debate potentially deciding the fate of Iowa, which could go to either frontrunner, every candidate had to give it their all to win the primary state.

Vice-president Joe Biden has mostly avoided the same criticism he received in his early days running throughout the last few months of the primaries and tonight is no different. Biden stood as a moderate voice whose civility shined in contrast to the anger voiced by Sanders. While he lost most of his engagements with his progressive counterparts, the fact that he continues to evade substantial criticism and controversy this close to the Iowa caucus has essentially made his victory much more likely than before. Biden did not flip any voters to him tonight, but he doesn’t need to. As it stands, all that Biden needs to do to win many of the early primary states are to embolden his base and encourage them to show up to vote. With his plead to decency and civility tonight, many of the older liberals in the party will most likely show up for his campaign in February in droves.

Mayor Pete had lost a lot of his momentum that he had gained over the last couple of months in the leadup to the debate. With progressives focusing their attacks on the South Bend mayor over the last few weeks, Buttigieg’s once possible sweep of New Hampshire and Iowa seems a lot more improbable. While this debate will not win Buttigieg the two primary states, it will certainly resurge his standing in the debates and possibly allow him to continue campaigning past the early stages. Just like Biden, no news is good news for centrists like Buttigieg who need to depend on their civility and charisma over their actual policies to motivate their individual bases. Overall, however, the South Bend mayor stood as a charismatic figure who combined policies from Biden and Klobuchar’s side of the party, with youth and confidence.

Senator Sanders could have had one of the worst debates of his career tonight, but he managed to push through. Despite the clearly biased line of questioning from CNN, and the controversy regarding the Warren allegations coming up tonight, Sanders argued well and stood as a charismatic populist who clearly cares for his constituents. One of the key things that stood out in this debate was that, ultimately, not much will change in the race overall. There were no real breakthrough moments or debates tonight from any candidate, so the candidates who remained consistent and well-spoken have come out on top. Whether or not Sanders can take Iowa is more up in the air than before, but has survived a media onslaught that, if handled differently, could have ended his campaign.

President Donald Trump has never looked more likely to be able to win an election than now. With one of the most uninspiring and unexciting debates in a while, it is clear that the Democrats will not have an easy time beating Donald Trump. From subpar performances from all sides that alienated critical sections of the Democratic Party, to a lack of party consistency on international conflict and trade which President Trump will definitely capitalize on. The only candidates that showed the necessary conviction tonight to defeat Donald Trump were Senator Sanders and Mayor Buttigieg, and even then in the case of Buttigieg, he loses in a lot of issue-by-issue polling versus Trump. President Donald Trump can breathe easily for some time because of the ineffectiveness of the candidates to push their campaigns forward, with only a few campaigns having the necessary momentum and support to fight Trump.

On the leadup, to the Democratic Debate, an article published by CNN claimed that Senator Sanders had allegedly said that no woman could win a presidential election. From the start, the timing of the article and its alleged sources were called into question. Senator Warren has handled the situation in a way that both damages the progressive movement, and essentially has ended any chance for her campaign to win the primary. Senator Warren has always been in a precarious situation with both conservative democrats and progressive democrats choosing to support more radical candidates in both directions. Senator Warren attacking Senator Sanders with a claim that’s been called into question by sources like the Washington Post, CNBC, and the Fairness & Accuracy in Reporting (FAIR). Senator Warren has alienated progressive voters, voters that she needed to push her forward in the race, and with a subpar debate performance, has failed to appeal to centrist voters as well. In a debate where Senator Warren was pushed back by Senator Amy Klobuchar, her ability to be able to debate with President Trump was heavily called into question.

CNN did not make a good case for themselves on being a fair unbiased network in this debate. It has been well established by now in this primary election that mass media networks like CNBC, CNN, and Fox News, do not favor progressive candidates in the race. Tonight, however, the bias towards both Senator Sanders and Senator Warren, as well as the desire to create entertaining highlights to comment on after the debate, showed a clear bias in a way not seen before. Several questions used inaccurate framing and were clearly meant to create soundbite moments for the network to run. While progressives have been against mass news network bias for a while now, tonight many Americans saw the desperation of CNN to force their ideology on several candidates. From attacking Sanders in questions directed towards other candidates and not even letting him comment on them, forcing the Sanders-Warren fight over the alleged story that they themselves put out, and even attacking non-progressives like Buttigieg on their supporting base because they are not the network’s preferred candidate. If the goal of CNN is to be a fair and unbiased network then they have failed tonight.

While Senator Sanders did have a good night, the larger progressive movement as a whole did not. With Senator Warren quickly faltering from pressure from centrist counterparts and the Sanders-Warren ceasefire apparently ending, the progressive base of the party is gonna be extremely wounded leading up to the Iowa Caucus. A few days before the debate, Senator Sanders was poised to sweep three of the four primary states, with the fallout of Warren’s allegations, both candidates now stand to lose to their conservative counterparts. While Iowa still remains an undecided race, if Biden or even Buttigieg manage to win the most seats from the early states, moments like tonight will be the reason why.

Senator Klobuchar needs to consider dropping out if she intends for her ideology to win. The Minnesota senator falters in comparison to her centrist counterparts, and while she did have some good offensive moments, mostly failed to introduce and push centrist democrat policies forward and instead was content attacking Senator Warren and avoiding Senator Sanders. Senator Klobuchar doesn’t have the charisma of Mayor Buttigieg, the appeal to the center of Joe Biden, the excitement of Bernie Sanders, nor the lovability of Warren. In a crowded Democratic field, her smug remarks and refusal to engage in the policy-based debate have her standing out in the worst way possible. Senator Klobuchar at this moment only stands to take voters away from Biden and following Iowa, it is highly probable that she will drop out of the race.