Students discuss being a minority through These Walls These Suburbs 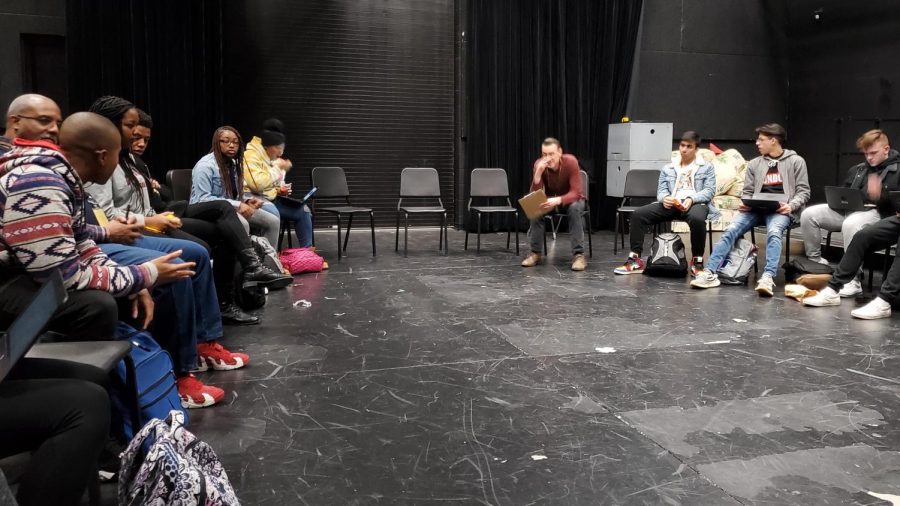 Students and staff discuss the hardships of living as a person of color.

Metea held a discussion on Tuesday to allow student’s voices to be heard, taking into consideration the recent events that happened in the suburbs of Aurora and Naperville just in the past few months. The event was called ‘These  Walls These Suburbs,’ so people of color could share their experiences and feelings about the issues in the suburban area and at Metea.

At the beginning of the discussion, multiple people did not feel comfortable sharing their experiences and opinions. Students quickly got comfortable when the teachers started sharing their own experiences such as being the only teacher of color in the school and what it was like for them.

“I worked in a school that I was only one that looked like me, understand when I went to South Hills High School, and I was only a staff member that liked me for seven years,” assistant dean Darell Gibson said.

The questions asked by the facilitators of the discussions had students expressing how they feel and why they act the way they do during school. Students express that when they have a teacher of the same color as them they have a better connection with that said teacher. Students talked about how migrating from a school full of people similar to them to a school with multiple different ethnicities changed the way they act. Taking into consideration the stereotypes put out there in the world, students discussed how they do not want to act according to that said stereotype because they do not want to be identified with that.

This caused facilitators to ask the question of “why do students click or assort themselves with a certain group?”  Students said it is because they are comfortable with that particular group and that group is similar to them in many ways. The teachers and students agree that our school is separated.

“We don’t want to step out of our comfort zone,” junior Kiara Akins said.

Facilitators also asked a question inquiring about the climate of the school. Students were quick to say that the school’s climate is in a way disconnected. The majority of the people in the discussion voiced that they do not think everyone is connected with each other or people are talking behind one another’s backs. Teachers and students discussed the disconnect between their priorities at school.

“Your job is to be a student, and my dad always kind of raised me that way. That is your job,” instructional technology coordinator Tania Moneim said.

The discussion took a turn towards empathy, putting yourself in other people’s shoes and dispersing the right energy out. Cedric Williams, a physical education and driver education teacher, talked about how students and teachers are quick to judge but never really understand what others are going through. He talks about how Metea needs to embrace, understand, and give out only good energy.

“So this is not about races disliking other races. This is about all of us have to look within ourselves because we all get prejudice,” cafeteria staff Betty Hull said

After the discussions, the teachers hoped students took away all the different perspectives that both students and teachers have.

“I like the whole aspect of the discussion. It was really good to know like that there are other people that actually do care about African Americans but not just African Americans also other races and that it allowed us to flourish as a Metea community and allow us to speak our differences,” junior Drake Lishman said.