Girl Talk: Putting an end to the stigma of menstruation 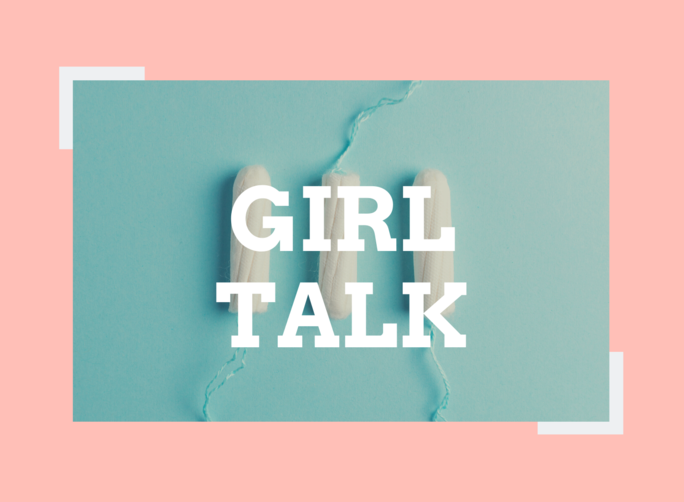 There is shame and guilt in talking about our periods. People with periods hold their tongues when talking about their experiences or any help they need. Over around 500 cycles in their lifetime, the average menstruator spends 6.7 years bleeding. They go through 9,600 tampons in their lifetime. They spend $6,360 on pads, tampons, and over-the-counter medication. Menstruators spend so much time and money on menstruation, yet they fear to talk about it freely.

To continue Girl Talk with Abbey Malbon, I talked to her about her experiences surrounding the stigma of period discussions.

“I was writing an Op-ed for Teen Vogue while I was at Metea,” former Metea student Abbey Malbon said. “I obviously was aware that people did not talk about their periods, but I was hoping it wouldn’t be that big of a deal. I was asked to speak to a sophomore English class about the writing process for an Op-ed. I went to the room, and I said the words ‘tampon’ and ‘pad’. People were looking around at each other like I had just said the f-word.”

The stigma outreaches discussions of period struggles; just the terminology makes people uncomfortable. Malbon discovered that even adults cannot get past the innate stigma they grew up with.

“When interviewing administrators, there would be male administrators who wouldn’t say ‘tampon’ or ‘pad’. They would say ‘product’ or ‘things.’”

Often times, people conform to the social norm of its taboo label, despite possibly being raised that it is normal and should not be hidden from the discussion.

“I was always taught by my parents that my period was super normal and it was nothing to be afraid of,” Malbon said. “I was super open about talking about it with my family. As I grew older I learned that a lot of my friends weren’t comfortable talking about their periods.”

There are good reasons for menstruators to fear speaking openly about their periods. Ignorant and uneducated people may argue by invalidating one’s points or emotions due to menstruation or premenstrual syndrome. Although intensified and sometimes unpredictable, emotions are still emotions, and menstruators are still people.

One may joke, “Are you on your period?” when someone is acting irrationally.

“These jokes stem from insecurity and curiosity,” Malbon said.

Jokes like these bring on internalized misogyny in menstruators. Somewhere, they are wired to believe that they are less than. They keep their mouths shut about their periods to avoid invalidation. Deep down, they may believe that their period somehow deems them inferior to non-menstruators. This only perpetuates the issue beyond ignorance. It becomes a battle for every menstruator to overcome. Doing so empowers menstruators and women. Pushing past it raises feminism and dissipates the stigma.

To defeat the stigma, everyone, not just menstruators, needs to treat menstruating like a normal thing that happens every month. That is because it is. There are small ways to break the stigma, like by normalizing the mention of it in conversation. There are also bigger ways to punch down that wall, like by being an advocate for period equality like Malbon, or fighting against period poverty, or by being an ally to menstruators. Exposure to these topics has brought down the resistance to the movement. However, there is still a lot of progress to be made regarding menstruators and everything they go through.