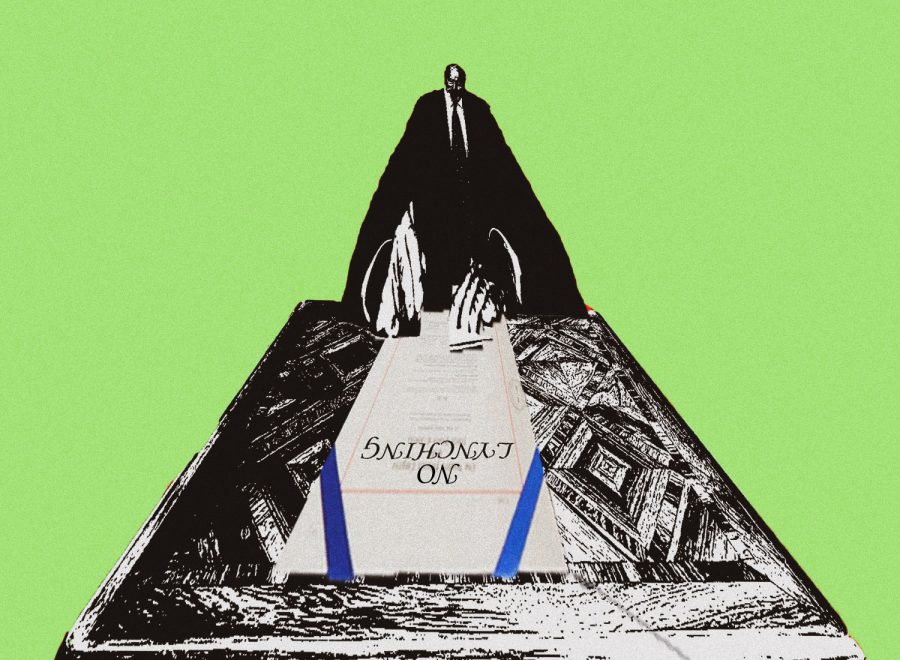 James Byrd, Yusef Hawkins, James Chaney, Frank Morris, Emmett Till, Michael Griffith. These are all black males who have died in the last 40 years due to lynching. They died because they were either whistling at a white woman, walking in the wrong white neighborhood or just because they are black. A hate crime is defined as a crime, typically involving violence, that is motivated by prejudice and surrounding the basis of race. On Feb. 27, 2020, the United States Senate finally received the bill from the House of Representatives to make lynching a federal hate crime.

The fact that the United States is just now giving a lynching law recognition it deserves in 2020, is completely bizarre, outraging, and absurd. Lynching dates all the way back to the 19th century. It was used as a way for white people to terrorize and control blacks and other minorities. They would put nooses around the neck of a human being and tie them to a tree, leaving them to hang there. While hanging from a tree, white people would beat them, burn them, violate them, or just leave them there to die slowly. Thousands of African Americans would die from this torture method simply because of the way they looked or who their lover was or even because of where they lived. Lynching was a way to exterminate and degrade black people and 120 years later, the United States has finally made it through the first step of becoming a federal hate crime.

Federal hate crimes are laws that deal with protecting a particular class of people against bias crimes dealing with hostility towards those people. The bill is named the Emmett TIll Antilynching Act in honor of the 14-year-old boy who was killed because he was accused of whistling at a white girl in 1955. In order to make the bill law, the United States Senate would need to pass it and then the President would sign off on it. The bill was ignored and was failed to get signed almost 200 times before finally getting the bill signed after 100 years since it was first introduced.

The vote was 410 to 4. Representatives Louie Gohmert, Justin Amash, Thomas Massie, Ted Yoho were members of the U.S House who voted against the bill. Gohmert, Massie, and Yoho are Republican while Amash is an Independent. Louie Gohmert stated that he had trouble with the law because it sends “entirely the wrong message about how serious this is” in the Houston Chronicle. There is no hate towards the act itself, more so how the act is being put into place and how it does not seem to be as beneficial as it could be due to the little punishment. Yoho agrees with this, stating that those who attempt the act of lynching should have the “harshest penalty of the law.”

Arguably, it is agreeable that lynching deserves a harsh penalty, however, taking into account that without this Act being passed, there could be states who do not punish those as severely for the crime because of state rights. The Act itself is more so a way to replenish the country of the bad wrap it deserved in the early 1900s due to the high rates of lynching. Without passing the act, it would give the United States a reputation that is not so satisfactory. The morality behind passing the act after so many years speaks volumes, and it should have happened much sooner for it to have such a powerful effect. Today, the effect is there, but due to the imminent decrease in lynchings in the 21st century, the bill seems out of place and a way for the United States to finally do something that could boost their ego just a bit.

People should be upset with how long it took them to recognize lynching as a problem. It should not have taken the United States this long to acknowledge lynching as terrorism against black people and it most definitely should not have taken that much time for the bill to be signed and ratified. Lynching was and still is undoubtedly a hate crime that should have gotten the recognition years ago. For a country that prides itself on freedom of the people and equality for all, this bill should have been ratified hundred of years ago after realizing the potential harm that lynching could have on both black people and minorities alike.

Although lynching has not been a severe case of hate and torture in the 21st century, that does not give the United States an excuse as to why the bill has not been ratified. Pushing something like this to the back burner because it is seen as less important is ridiculous. Bills that focus on protecting a specific minority group should be held with utmost importance just like this one.