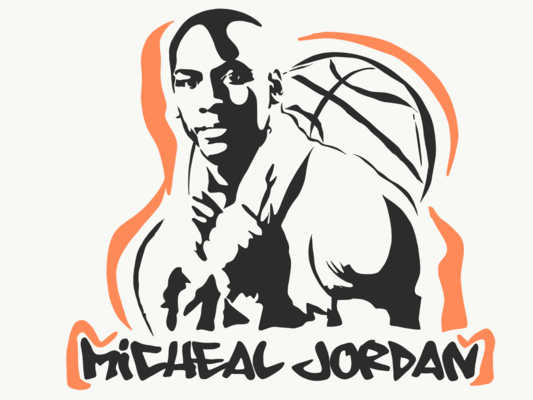 'The Last Dance' was co-produced by ESPN Films and Netflix.

As sports fans around the world waited for some kind of sports entertainment, The Michael Jordan documentary had sports fans craving for the first episodes. The April 19th premiere of the 10 episode series had an average of 6.1 million viewers, which were great ratings for the ESPN documentary and a great outlet for bored sports fans.

The first episode started off with the start of the Chicago Bull’s 1998 season, the upbringing of Michael Jordan, and the start of his NBA career. The episode showed fans that the series had a unique flow. The scenes went back and forth through MJ’s career to “The Last Dance” season. This flow made the series highlight the unique points in his life and was chronologically less predictable.

Unseen footage and interviews of Jordan’s teammates, opponents, friends, and family, gave fans a view into Jordan’s life while he was an NBA player. These interviews had some unforgettable quotes and moments such as when Jordan dealt with his foot injury in the second year of his career. Phil Jackson spoke in the documentary about Jordan’s decision on when to come back from the injury.

There were some great moments to see for fans such as witnessing Jordan win all six of his championships over again, the interactions between himself and his teammates, and just seeing how beyond his basketball career, MJ was and still is a great person.

Moments like these gave me and sports fans around the world joy, though Jordan also had some hardships that were highlighted in the documentary.

The documentary had an episode dedicated to the relationship with Jordan’s father and baseball career. MJ’s father tragically died in 1993. This was hard to watch as fans got to witness Jordan’s emotional reaction finding out about the tragedy of his father, and watching him struggle emotionally after the Bulls 1993 championship win.

Though the documentary was mostly about Michael Jordan’s basketball journey and the Last Dance season, some of the most interesting parts of the documentary were when they highlighted Jordan’s teammates’ lives. The upbringing of Scottie Pippen, Dennis Rodman, Phil Jackson, Steve Kerr was really interesting. It was intriguing to see how Jordan’s teammates were brought up and what their relationship with him was. For example, seeing how Dennis Rodman’s transformation throughout his career was very interesting.

This documentary truly embodied Michael Jordan’s story and the story of the 1998 Chicago Bulls. The program did a great job of highlighting all of MJ’s career and the road to the Bulls six championships. Overall, the documentary was a great outlet for sports fans around the world to find some entertainment in a time of distress.