Analysis: 2021 Super Bowl ended the “Greatest Of All Time” debate 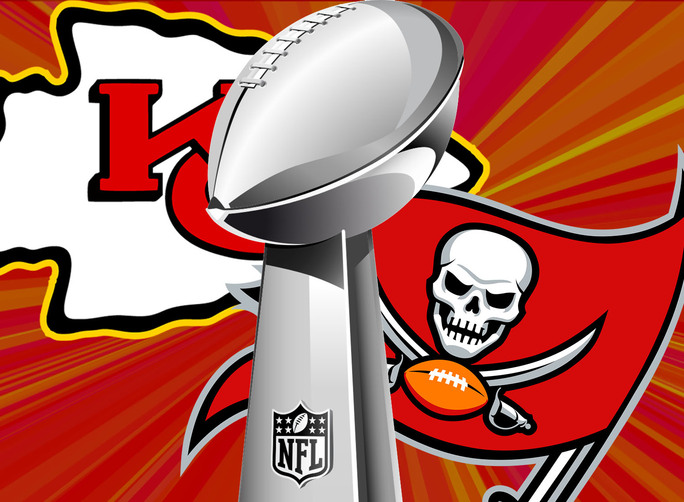 Tom Brady versus Patrick Mahomes. The Tampa Bay Buccaneers versus the Kansas City Chiefs. A unique showdown that featured the Greatest of All Time “GOAT” and the player many considered was next up.

This was the tenth appearance for Brady, and the nine previous have resulted in six Super Bowls. He is 43. As for Mahomes, this is his second appearance, with one Super Bowl under his belt. He is 25.

The game started out with punts from both teams. On the second drive for Kansas City, Patrick Mahomes completed zero passes. The rushing attempts, however, resulted in 27 yards. The drive started on the Kansas City 38-yard line, and a defensive penalty extended the drive five yards. On fourth down at the Tampa Bay 31, the Chiefs elected to send out kicker Harrison Butker to try a 49-yard field goal. Butker drilled it right down the middle. 3-0 Chiefs.

The very next drive, Tampa Bay answered. A trifecta of rushes by running back Leonard Fournette, to start off the drive, totaled 15 yards. Tom Brady completed four of his next five pass attempts. The last one, went to tight end Rob “Gronk” Gronkowski for an 8-yard touchdown. Gronkowski, a great friend and teammate of Brady’s, won three Super Bowls with Tom in his time in New England. 7-3 Tampa Bay.

On the next drive, Brady completed two passes. One went to wide receiver Antonio Brown. The other went to Gronkowski. The very next play, Brady took the snap and threw to his right. The pass got tipped by All-Pro defensive tackle Chris Jones. As the ball was in the air, chaos broke out. Kansas City safety Tyrann Mathieu came down with the football. Kansas City had finally gotten to Tom Brady, or so they thought. Chiefs cornerback Charvarius Ward held Tampa Bay wide receiver Mike Evans. This penalty negated the interception. Brady took full advantage. The Chiefs gave Brady and the Buccaneers another gift, as an offsides penalty on fourth down and four. As an opponent, there is always one mantra to beating Brady: never give him opportunities. The Chiefs gave him two opportunities, and he pounced. Brady tossed his second touchdown of the game to Rob Gronkowski from 17 yards out. Tampa Bay now had a two-possession lead.

Patrick Mahomes answered back. He looked like his regular self, one that made miracles happen. His canon of an arm and insane mobility allowed him to complete six of seven passes for 34 yards on the drive. Four of those passes went to tight end Travis Kelce. Kelce, an All-Pro, notched 1,416 yards and 11 touchdowns receiving in the regular season. The Chiefs worked their way down to the Tampa Bay 14-yard line. After an incomplete pass on third down, they sent out Butker again, and he booted a 34-yard field goal. 14-6 Tampa Bay.

Brady came back and marched down the field with over a minute left in the first half. Quick strikes to wide receiver Chris Godwin and Rob Gronkowski started off the drive. On first down, Brady took a shot downfield for Mike Evans that was overthrown. Then, a penalty flag flew out. Bashaud Breeland, a Chiefs cornerback, interfered with Mike Evans. This gave the Buccaneers a good field position and an opportunity to extend their lead. And extend their lead they did. A 15-yard completion to Fournette put the Buccaneers inside the Kansas City 10-yard line. Brady threw another pass Mike Evans’s way, looking for the end zone. Another pass interference penalty flag came out, and it set the Buccaneers up at the Chiefs’ 1-yard line. On first and goal, Brady found wide receiver Antonio Brown for the 1-yard touchdown. Brown had a brief stint with Brady last year in New England. The score was now 21-6 in favor of the Buccaneers.

Mahomes and the Chiefs came out firing on all cylinders to start the second half. A couple runs by rookie running back Clyde Edwards-Helaire put the Chiefs in business. Another third down stop by the overwhelming Buccaneers defense brought up fourth down. Butker trotted out once again, this time to try a 52-yard field goal. As he did the previous two times, he nailed the field goal. The deficit was now 12. 21-9 Buccaneers.

Leonard Fournette joined the touchdown party going on in Tampa Bay. He capped off a flawless offensive drive by the Buccaneers with a 27-yard touchdown run. Fournette is coined by his teammates as “Playoff Lenny”. He earned this nickname because of his fantastic playoff performances this postseason. The Buccaneers led 28-9.

The Chiefs had some work to do. A short rush by Edwards-Helaire started the drive. Shaquil Barrett, one of the many stars on the Tampa Bay defense, sacked Patrick Mahomes for a 6-yard loss. Tampa Bay was not finished. The very next play, a Patrick Mahomes pass got batted up in the air by Tampa safety Mike Edwards. The other Tampa Bay safety, Antoine Winfield Jr., came away with the interception.

A 52-yard field goal by Ryan Succop to extend Tampa Bay’s lead to 31 on the next drive would be the last score of the game.

The next Kansas City drive would result in a turnover on downs. For the Tampa Bay defense, this was immense because they were very deep in their own territory.

Tampa Bay would punt on the next drive and give the ball back to Kansas City. An attempt at a Chiefs comeback would start with a massive catch and run by Kelce. In the very next play, Tampa Bay pass-rusher Ndamukong Suh sacked Mahomes for an 8-yard loss. Suh would come up big again later on in the drive. He and teammate Cam Gill sacked Mahomes back at the 50-yard line, resulting in a 13-yard loss. Two plays later, the Chiefs would turn the ball over on downs once again.

The Buccaneers, once again, punted, and the Chiefs started moving down the field. They got down to the Tampa Bay 10-yard line. In the next play, young, stellar middle linebacker Devin White would step in front of a pass and intercept it. After a few Brady kneel-downs, celebration ensued.

Tom Brady, after leaving an organization where he had so much success for so long, did the unthinkable. He took a chance on himself. He saw an opportunity. He switched conferences. He won 11 regular season games with a team who won a measly seven the year before. He defeated three former Super Bowl MVPs in one postseason run. Seven Super Bowl rings. Five Super Bowl MVPs. The debate on who the greatest football player to ever lace it up is over. Over.

Tampa Bay was in the cellar of the NFL for so long, winning one other Super Bowl since the mid-70s. Now they are on top, once again, as the best team in the NFL.