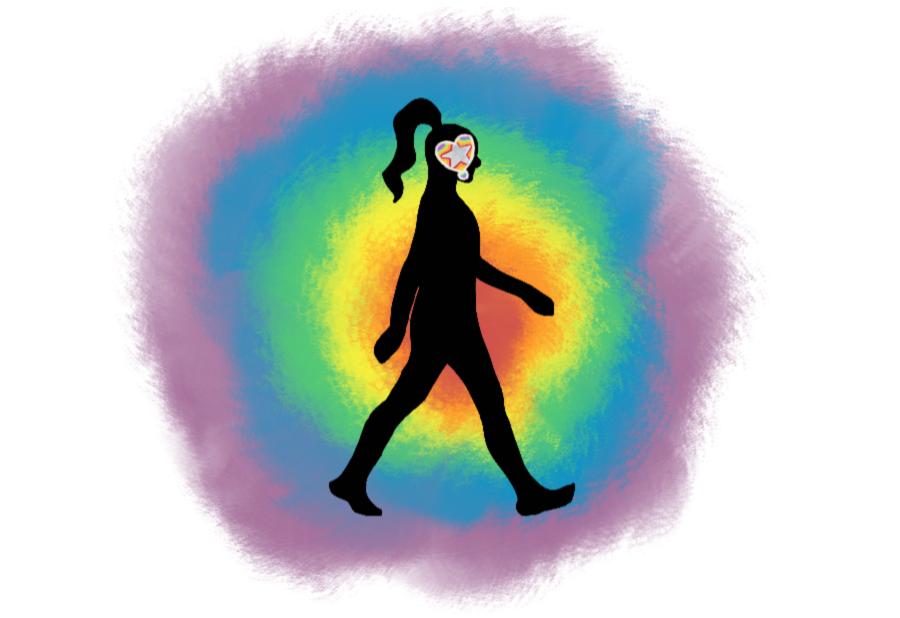 JoJo Siwa came out and people were not happy about it.

Celebrities can have a big impact on their fans. They become giant billboards, asking followers to buy their merchandise or other sponsored items. For celebrities with a fan base consisting of mainly children, often have to keep a very clean image. They have to limit cursing, try their best to stay out of tabloids, and for some child stars, they have to keep their sexuality out of the spotlight, fearing backlash from parents.

Jojo Siwa is a 17-year-old singer and dancer. She is known most for her high ponytail and a giant bow. She began her journey of coming out to the world on Jan. 20. Siwa began the process of coming out by lip-synching to Lady Gaga’s “Born This Way” on Tik Tok. Additionally, Siwa was involved in a video posted on the same day with the Tik Tok group labeled “Pride House LA.” Those videos only created rumors. Two days later, JoJo posted on her Twitter page wearing a T-shirt that said “Best Gay Cousin.”

As the comments flooded with support, the backlash was still evident. Parents of “Siwanators” quickly shared their distaste for Siwa sharing her sexuality, some calling it “inappropriate” and others threatening to throw away everything related to her that they own. Instagram user @preach.will stated, “My kids JoJo toys will now be thrown in the trash. You will no longer be receiving a dime from this family.”

“This is something that could affect her brand, and it honestly did affect her brand. Had she been on a platform such as Disney instead of Nickelodeon, it probably would have never even happened.” junior Jackie Kim said. “She has a brand new, and she has a price tag attached to everything she does. I am very proud of her for coming out despite the risk.”

Some are still concerned about what effects JoJo’s coming out will have on children. Out of over 48,000 Instagram comments, those that were hateful mostly expressed concern for their children.

“When I first saw her come out, my initial reaction was to wonder about the kids who follow her and what effect this will have on them,” senior Padma Danturty said “I kind of took a step back and realized that as long as people do it appropriately, what is the problem with teaching kids that LGBT people exist?”

Introducing LGBT people in children’s media has been a debate since the early 2010s Now, companies such as Nickelodeon and Cartoon Network have slowly introduced same-sex couples into their media. One cartoon, “Steven Universe” on Cartoon Network, made history by portraying the first same-sex marriage proposal on a children’s network. Arthur, a children’s show on PBS, also depicted a same-sex wedding. Yet, these shows are still being censored. Arthur’s wedding episode was censored on Alabama Public Television. Depending on the country or the state, entire episodes are re-written to stop portrayals of LGBT couples.

“People have been waiting for [gay couples to be normalized on television shows] for a very long time,” Kim said. “In the U.S, it is not very censored, but if you watch other countries’ versions, sometimes they edit out entire scenes because they are not comfortable with it.”

Siwa’s coming out story is one that some hope changes something. They hope it normalizes seeing child stars in same-sex relationships. Since her coming out, JoJo has been very open about her new relationship.

“She has been very proactive through this,” Kim said. “It is one thing to say who she is dating because a lot of celebrities keep their relationships private, but she is showing off her relationship and making it public to normalize it.”