Weekly Movie Review: ‘Judas and the Black Messiah’ shows complexity of a ‘just’ society but gives justice to the 1968 event 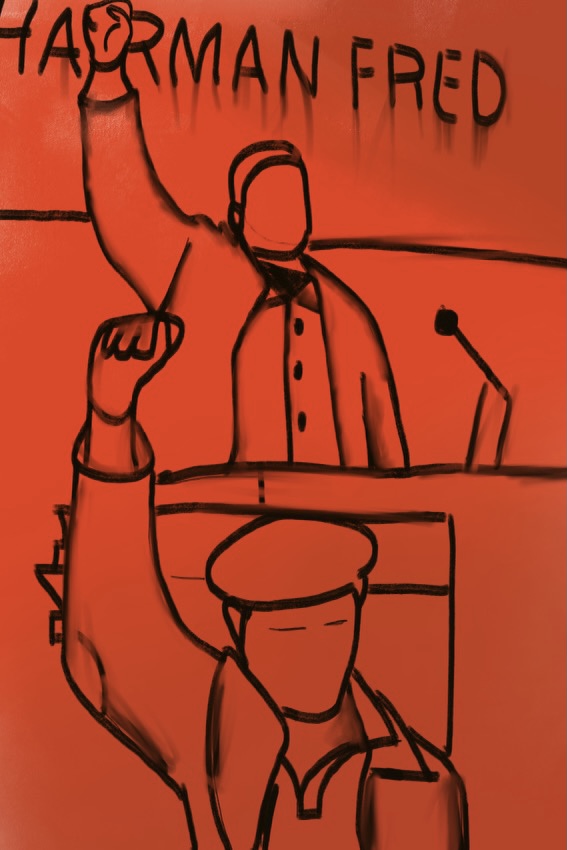 The Illinois Black Panther Party emerged on the city’s West Side towards the end of 1968. As one of 45 Black Panther chapters around the country, the Illinois Chapter gained various members within four months of its founding because many young Black Chicagoans identified with the Panthers’ militant denunciations of racism, capitalism, and police brutality. “Judas and the Black Messiah” illustrates this story in a way that

Based on the true event of the Illinois Black Panther Party, the storyline follows William O’Neal, portrayed by LaKeith Stanfield, who is offered a plea deal by the FBI to infiltrate the Illinois Black Panther Party and gather inside scoop on Chairman Fred Hampton, played by Daniel Kaluuya. Hampton preached a common idea that resonated with rival groups such as the Crowns and Young Patriots to vouch alongside the Panthers. Essentially, the first act of the Black Panther Party was to set up an armed patrol to ensure that Black people were not harassed and intimidated by the local police. In addition, there were many Black Panther Parties organized across the United States after the death of Dr. Martin Luther King Jr.

Throughout the movie, I could see that the acting was built on a lot of passion, which is the best type of acting. Kaluuya’s scenes where he preaches to the people and acts as the passionate revolutionary Fred Hampton gives me a huge sense of realism because he emerges himself into this character. There are preaches where his veins are literally popping out because of how much power he puts into his voice. Stanfield’s scenes are just as powerful because his character, William O’Neal, is a spy for the FBI, and you can see at times where he is contemplating the revolutionary without using words. You can just see it through his facial expressions.

The first thing I do when I look at the cinematography of movies is the director and how they can be in relation to the movie itself. For example, if “Crazy Rich Asians” was filmed by a white director, I would be a little bit uneasy about the film because I feel like there would be a lack of human connection and understanding to the racial aspects of the movie it is supposed to portray. “Judas and the Black Messiah” was directed by Shaka King, a Black filmmaker, and in terms of the cinematography, it was shot well. I am a fan of long, drawn-out shots, and there were a lot of those at the beginning. Also, the way the scenes are shot in general are very people-oriented, and I genuinely like it. What I mean by “people-oriented” is that there is a specific scene where Fred Hampton knocks on the door and says, “Deputy Chairman Fred Hampton of the Illinois Black Panther Party,” and it then shoots into a dramatic scene that literally never has a shot without a person in it. That itself shows that the director really focused on every shot in making sure that the details were there even if it shows up for just one second.

The underlying message of the event and the movie is tricky. What I took out of it is that the historic events that happened during the Illinois Black Panther Party revolution are not that far off of what is happening now. The saying, “history can repeat itself,” has been told for many generations and this is one accurate representation of that. In relation to the Black Lives Matter movement in 2020, police brutality and racism are still a thing that seems to go hand in hand in history. “Judas and the Black Messiah” portrays the upbringing of a revolutionary on point and how movements and revolutionaries are portrayed to the public.

Overall, I rate the movie a nine out of 10 because the cinematography and the acting were amazing and shot very well. Although there were times in the movie I would consider boring, I think that is just because the storyline was trying to add and build the upbringing of the plot. Altogether, the story shared a massive parallel to the story in the Bible where Judas betrays Jesus Christ; similarly, in the end, O’Neal betrays Hampton which sparked the end of a great story.