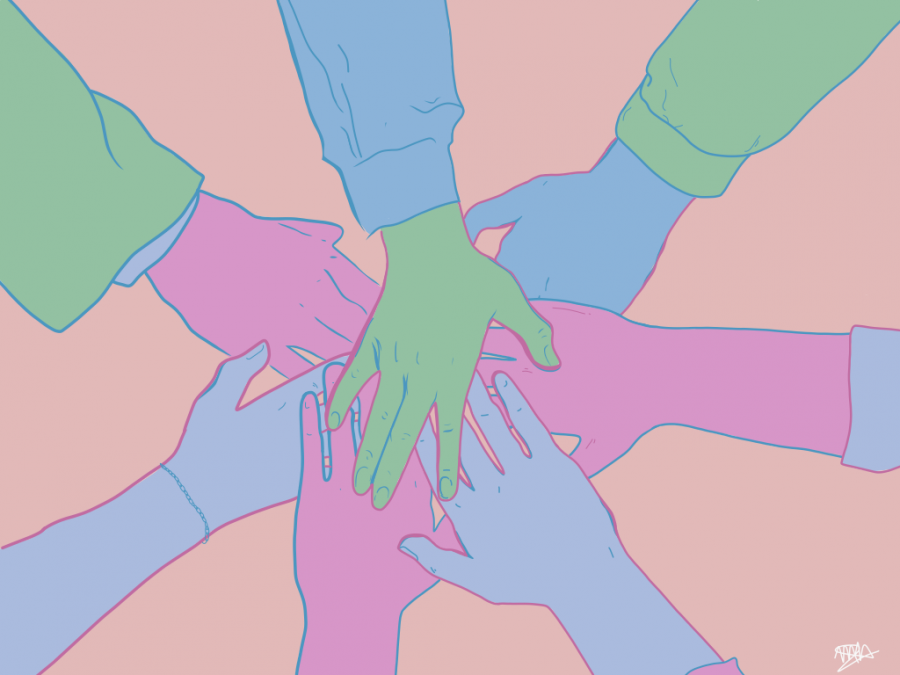 One of the interviewees in the article chose to remain anonymous. She will be referred to as Samantha.

“I was never formally diagnosed with a specific disorder,” senior Samantha said. “But I began obsessing over what I thought was a healthy lifestyle, which, at the time, meant heavily restricting my calories and engaging in overwhelming amounts of exercise.”

Samantha’s struggles with eating disorders are not uncommon; millions of adolescents across the world have a damaged relationship with food. In a culture obsessed with calories and weight loss plans, it is up to teenagers to define–or redefine- their own meaning of “health.”

But where should they get started?

The National Center for Biotechnology Information reports that one in every two teenage girls and one in every four teenage boys have tried dieting to change the shape of their body. Beyond that, 35% of teens and young adults who diet periodically may develop an obsession with dieting. Dieting is normalized to an extent that it becomes synonymous with health. It is no surprise why the diet industry is worth $72 billion dollars; it profits off of weight loss plans and sells its customers plastic-wrapped methods to achieve the “perfect” body. It creates a culture of always striving for perfection and not being comfortable with anything less.

So, on one hand, there is a multi-billion dollar market promoting weight loss. On the other hand, there are millions of adolescents struggling with their relationship with food. For a few of these teenagers, this struggle can spiral into an obsession with weight loss, or even worse—eating disorders.

An eating disorder is a psychological illness defined by irregular patterns of eating. National Association of Anorexia Nervosa and Associated Disorders statistics show that at least 9% of Americans struggle with an eating disorder. In fact, according to the John Hopkins Institute, “eating disorders are the third most common chronic illness among adolescents.”

Yet, despite their prevalence, eating disorders are also deeply misunderstood. Common misconceptions, like “eating disorders only occur in females” or “eating disorders are a choice,” create disparities in the conversation about victims’ mental health. It distracts from the nuances of these disorders, like how much likelier minorities are to experience them. Statistics show that black teenagers are “50 percent more likely” than white teenagers to exhibit bulimic behavior, and teenage girls from low-income families are “153 percent” likelier to engage in bulimic behaviors than their wealthy counterparts. The intersectionality of eating disorders needs to be explored, but in order to do that, teens have to confront this issue head-on. And National Eating Disorder Awareness Week, or NEDA Awareness Week, can help.

NEDA week ran between February 22nd -28. It was a national campaign dedicated to raising awareness about eating disorders. Thousands of participants joined NEDA to educate themselves and start a dialogue. Social worker Lara Polavieja believes this campaign removes the stigma from one of the most common mental health issues she has seen among students at Metea.

“It is probably more prevalent than we [social workers] even know,” Polavieja said. “I think that now kids are more aware of eating disorders, and that is good because we can help them sooner.”

“I think if you are talking to someone and you have gotten to know them really well, you can kind of sense it,” Wange said.

Warning signs vary from person to person. It could be something as little as avoiding certain foods to something as drastic as weight loss. And like the variety in warning signs, there are many different reasons an adolescent may develop an eating disorder.

“It depends on the student…Maybe it is their need for control, maybe it’s a response to anxiety. It is definitely tied to their mental health and how they cope,” Polavieja said.

Eating disorders are commonly tied to other mental health problems as well, such as anxiety, depression, and low self-esteem. Samantha believes that one of the most common motivations behind the restriction is the pursuit of “perfection.”

“Teenagers are very impressionable, so when we constantly see a certain body type being praised in the media, we pressure ourselves to look like that,” Samantha said. “ The Eurocentric beauty standard consists of being very thin, and it is implied if you do not fit that standard, you are not beautiful.”

Eurocentric beauty is characterized by white skin and small, thinner bodies. A 2010 doll study found that when asked which doll was more attractive, the majority of children reached for the doll with more European features than their ethnic counterparts. The findings of this study suggest that children as young as five already have an implicit bias towards these Eurocentric features. It concludes that as a society, we view eurocentrism as the ideal. But how many people can truly reach this ideal? And how many will damage themselves trying?

“Because of my disordered eating,” Samantha said. “I, unfortunately, lost about 40 pounds, making me dangerously underweight. I ended up facing an overwhelming amount of physical and mental problems that to some degree I still deal with today.”

Samantha thinks that restriction and dieting were the opposite of what she needed to be truly healthy. For her, what she needed was to regain her confidence and practice self-love.

“Ultimately with the help of my family as well as working on body positivity and self-love, my life began getting back on track,” Samantha said. “I am thankful that I gained the weight back and I currently try to promote body confidence every day.”

Samantha’s recovery from disordered eating has motivated her to take a stance against diet culture. She now wants to shift the conversation away from hate to love.

“I personally think that teens should stop with the microaggressions and comments on others’ weight,” Samantha said. “The more insecure you are, the more you negatively comment on others, which creates a vicious cycle of body negativity towards yourself and others.”

It is not just teens who need to change. Polavieja believes that adults should do their part in rewiring the conversation around body image and health.

“Complimenting a girl for looking thinner…that internalizes into kids,” Polavieja said. “Watching how parents talk and make judgments about eating is important.”

“We need to get the focus of eating off of their bodies and dieting and having negative connotations with food,” Wange said.“When you’re talking to someone you’ve gotta avoid topics about their body or judgments. Talks can often go into the shame and guilt and body image issues that people have around eating.”

“Adopting principles of intuitively eating…those basic principles can ditch that guilt around food. No food is good or bad in moderation,” Wange said. “Food is fuel.”

It may be different from what adolescents are hearing from the media, but the concept is simple. Food gives you energy to live, and living is so much more than simply what a person looks like or how much they weigh.

“I know we use the word health, but I redefine it as wellness,” Wange said. “Wellness includes everything, your mental health, and physical health. It is about being reflective and making sure you are doing everything to be okay. That does not mean perfect- we do not want to be perfect- we just want to be okay.”

Wange says that, while we are what we eat, we are also so much more than we eat. We are multifaceted human beings with interests and passions that go beyond our bodies and society’s perception of health.

Although finding self-acceptance is difficult, there are steps teenagers can take to find it every single day.

“The more you surround yourself with people, ideas, and social media accounts that promote self-love, the more confident you will feel,” Samantha said. “You can be content with what your body looks like no matter what. You can find happiness.”

Counselors encourage anyone who is struggling with disordered eating to reach out to them. They can also call the NEDA hotline, available at all hours of the day.