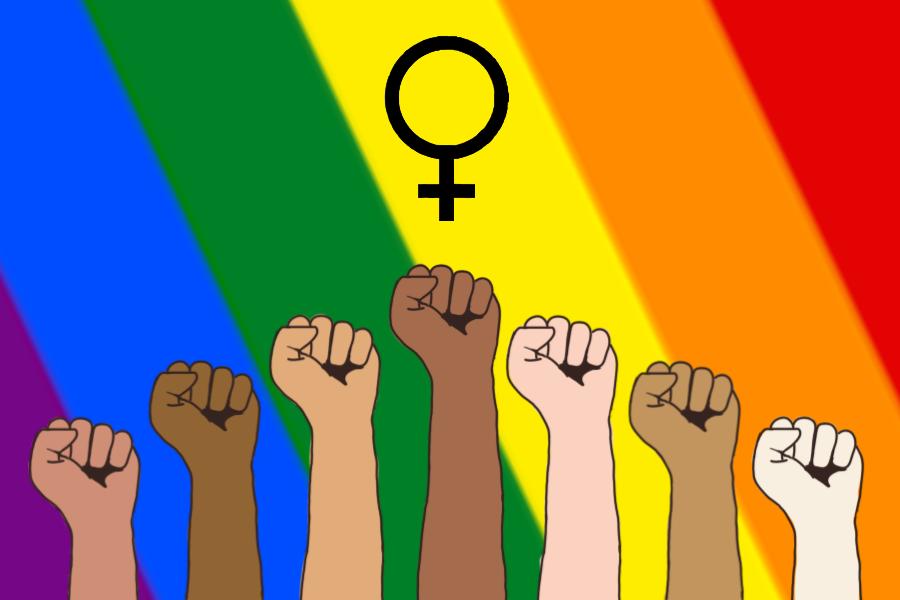 Women of color need to be represented during women's history month.

As the blueprint to a lot of trends and multiple movements, being a black queer woman during Woman’s History Month feels like doing a lot of work but only getting a quarter of recognition. We tend to commemorate or “remember” the same woman every time. I believe it should be a more diverse remembrance of women of color, along with women in the LGBTQ+ community and what they did to help women today.

During Women’s History Month, you hear about Susan B. Anthony every year despite her being racist and not even advocating for all women. I do not hear about women like Audre Lorde, a queer woman of color who made important contributions to the field of feminist theory, critical race theory, and queer theory through her writing and teachings. Little to no recognition goes to Ernestine Eckstein, the woman who leads the first lesbian civil and political rights organization called Daughters of Bilitis. It is even my first time hearing about women like Andrea Jenkins, the first-ever black transgender woman to be elected in public office in the U.S. The women I just named were women of African descent, but we also need to incorporate and appreciate Latina women, Asian women, all women of color, in general, this month.

We typically only hear about Susan B. Anthony and Elizabeth Cady Staton, who are important people especially for women’s voting rights and equality. However, historians are known to glamorize whitewashed history. They tend to display that women who look like them were the main ones fighting for women’s rights in order to fit their agenda. The reality of it was that Anthony and Staton were not fighting for all women, but instead, women who were closely related to them. These were white, middle-class, religious, straight women. It is not fair for them to get as much credit as they do when they only fought for a sliver of women and when all women need to be included and had to fight harder because of it. Women like Ida B. Wells, a suffragist, journalist, and activist, or Gertrude Simmons Bonnin, or Zitkala-Sa, who was a political activist, women right activist, and advocate for Native American rights, or even Yuri Kochiyam, a Japanese-American woman who was an activist for women’s rights and civil rights. These women do not get enough credit for their contributions.

The point is there is not enough representation this month for women of color and women who are part of the LGBTQ+ community. It is getting to the point where it is obvious and annoying. We, as a society, need to include all women in history that had important roles. We should not be able to pick and choose the history we learn, but instead, dig deeper and try to find out more ourselves. We need to try even harder to show, talk about, give recognition to, and appreciate the pioneers, the feminists, the movement starters, and the women that just so happened to have a voice that was so loud and decided to give every other woman that same voice. We can start today by looking up an important queer or pigmented woman to learn more now.