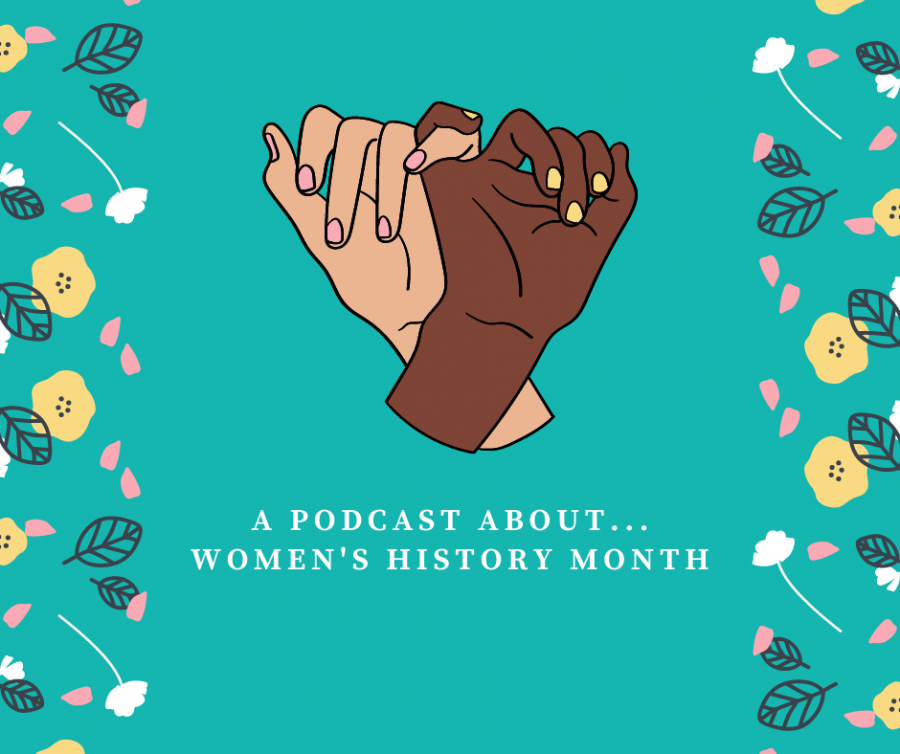 Hi my name is Autumn and I’m here with

And we’re gonna be talking about the woman experience in a high school setting.

So the first question is, is there any time in a school setting, where you felt that you weren’t being heard.

My name is Julia Tesmond, I’m a senior. And I think, yes, at there’s been many, like group activities that if they’re primarily boy ran my opinion never really gets validated or doesn’t seem important enough, and I feel like I have to repeat myself like five times to be even heard like the ones that a man would be.

I’m Tonvi, I’m a junior. I agree with really I think it’s, I mean you can’t really catch it when it happens but you get overlooked a lot, and you don’t like to realize it because it’s just societal it’s like you’re used to it and you don’t realize that you have to like speak up and you have to make like conscious efforts to speak up.

Yea, I think that it’s, you’re constantly having to prove yourself all the time. And like in everything that you do you’re, you just have to, you start at a bare minimum, and like you have to work your way up with everything. And so I think that’s where the inequality kind of sets in was that like men are taking or boys in our school are taking more seriously, I believe in the girls.

Um um, I, I know personally, like if I come to school without makeup people ask me if I’m okay, or if I’m sick. And I think that that’s something boys don’t really have to experience. And I also will plan to like the guys part of it, it’s like guys who wear like nail polish or like want to wear makeup express themselves in that way they’re called. Usually, they’re called gay, or like, they’re looked down upon because they’re doing feminine things and it’s not because it’s men expressing themselves it’s men, expressing themselves in mainly feminine ways that’s why it’s degrading because it’s portrayed by women. And I think that’s a big part of it. And I remember in PE class, like freshman year Beyster while I won’t say his name but there was a PE teacher who made the boys run five laps and the girls went to because girls get tired easier. He said that out loud, so it was really like, there’s definitely that that happens all the time that people don’t really talk about but it still happens.

Yeah, going along with the gym setting do you think that when gym teachers say that girls can only do 25 Push Ups versus the boys who can do more. Is that something that also likes contributes to like the gender inequality.

Um, yeah, I think that we’ll be looking at like professional sports too like Serena Williams like she does way better than like male athletes in like tennis and stuff and so I think that there are some biological things that like men have more muscle mass or whatever they want to say about it. But I also think that it really just pertains to the person, it’s not about gender, it shouldn’t be anyway.

Yeah, I think that with, especially with sports, I think that because I’ve joined dance this year and I know that dance isn’t even really considered a sport and I wonder like if that’s why it is at school but like a lot of people are like a dance that’s not a sport. I wonder if it has anything to do with the fact that we’re all girls. And that, you know, the football team, even though our statistics, statistics aren’t great with winning that was taken much more seriously than even cheer which is primarily women. I think that our values are kind of unequal in what our school really cheers on.

Ok so, I kind of wanted to get into the topic of the infamous 97% that’s going around on Instagram, there’s a lot of talk about it on Tik Tok, you know, a lot of social media settings, and for those of you who do not know what the 97% is. Is not 97% of women in the US are sexually harassed in some way, which leaves only 3% that have not been subjected to sexual harassment.

Um, yeah, I, I, I believe in that statistic wholeheartedly I don’t know any women that haven’t experienced that. And I also heard that I saw this statistic that it’s like the earliest or the average age that a woman gets catcalled is 11, and that like kind of blew my mind but it’s like an 11-year-old is walking down the street and you have the urge to say something. I think that’s really important for us to be like sharing how many women experience it because there could be more than that we just don’t. They just haven’t come forward because they are scared, and I think that’s because people respond with the not all men thing, which has never even been, we never said, you know, I’m not really that’s like unsaid stuff but I think that is 97% is now kind of shining the light on what men can do to stop it instead of victim-blaming and saying, Okay, well girls well maybe you shouldn’t worry about, maybe you shouldn’t dress like that maybe you shouldn’t go out at night, like, stupid stuff like that, I think it’s now pulling the accountability towards the men which I think is a really good place for us to be

So going along with that, um, what is your opinion on the saying, “boys can be boys.”

Okay, kind of going off of that, you know, there’s a lot of stigmatism with friendships with our male counterparts, and how people, women, girls in a high school setting, they don’t feel like the boys in their lives, are doing enough to help stop all these like, you know, the boys will be boys, you know, help stop people from blaming everything on the girl and all the negativity that comes with being a girl. So what are your opinions on how your classmates and your peers are contributing to improving the future of women’s life?

I, I think that it comes from the guys I think their perspective is just like it’s been that way for so long, where they are making jokes in private about girls bodies or serious topics and it’s, they’re taking so hard lightheartedly because they haven’t had that first-hand experience of being a woman in America. And I think that I think, I think people are starting to be more aware of what they say what kind of jokes they made especially with cancel culture which is a whole nother story but I think that it just starts with being accountable holding your friends accountable, making sure that they’re not saying stupid jokes, and that could hurt people because you really don’t know looking at the 70, or 97%, is just like telling that it could offend someone and it could offend your best friend, your sister, your mom, your grandma like very important women in your life. So, just think about that when you want to make a discussing joke.

Okay, Christina, you want to ask one more question that we can wrap up.

Growing up, were you ever encouraged to like something simply because you were a girl

I grew up, I was a very like, quote-unquote girly girl, which is awesome probably sexist, but it’s fine. I really did like dressing up and makeup and dolls and all that and I do consider myself pretty again quote-unquote girly still so I don’t know if it was, like, encouraged like I definitely recognized when in preschool and kindergarten, I suppose, like adults in dress up and play house a lot, and I was going to be the mom, playing house. And the boy would when we were playing house he would go off to work and my girl would stay home and clean. A lot of that kind of stuff. But now, like, even now like I’m, I’m going into nursing, and being a woman in STEM is already like, it’s you’re surrounded by people who believe that they know better than you. So, then, assuming that nursing is kind of like when you go to the Halloween store and you see a nurse costume you don’t see the real nurse costume you see like, like, you know, what kind of nursing costume you see so it’s just like these ideals are pushed onto us so young that we’re kind of used to it. And I think that that’s probably one of the main issues.

Okay and I think that concludes our podcast. Thanks for listening and have a great day.