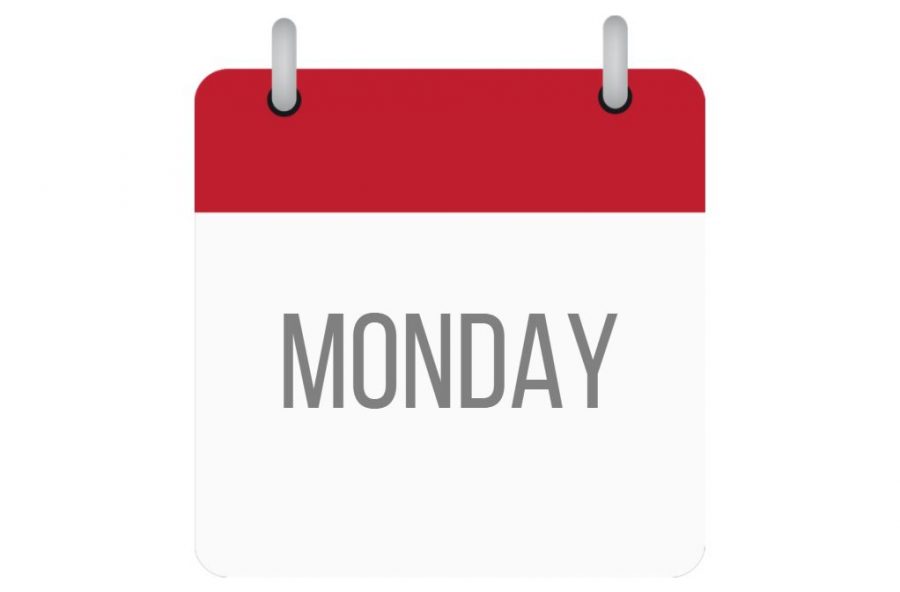 On April 12th, hybrid student will return to school on Mondays.

Following spring break, 204 is implementing another return-to-learning plan: A full five day week starting April 12. All hybrid students will be returning for the full five days. Additionally, Mondays will begin at 7:25 a.m. and continue for all eight periods until 12:20 p.m.

Although reopening schools may seem unsafe, the county is making progress at fighting COVID-19. Now that vaccines are available for high school teachers, the district believes that it is safe enough for students to return full-time. With proper safety precautions, opening schools is the first step to finding normalcy in an uncertain world. However, many students are not eager to adjust to yet another schedule change.

“I really enjoyed the original hybrid schedule,” sophomore Darrell Space said. “I was able to wake up later for the latter half of the week, as well as on Mondays, and I think that extra bit of sleep really helps.”

For some students, that extra sleep provides them energy to start off the week strong.

“I do not think it is beneficial to start at 7:25 on Mondays because I find it difficult to focus so early in the morning,” sophomore Hiba Awais said. “I understand that it may not be the same case for the in-person students, but it would be nicer to have more time before class.”

And it is not just students, social studies teacher Susan Fuhrer believes that Mondays were that necessary break in the week she could use to catch-up with her students.

“I was not very happy about the Monday change,” Fuhrer said. “Mondays, I felt, were kind of the one day for students and teachers to catch up. It was just so much easier for me to do instruction, to be honest. I kind of had a routine, in terms of what I did each day, each Monday in my class, we had a 10 minute passing period which was nice because I was able to talk to someone after class. It was a nice break, and I think just a little bit less screen time for students as well.”

Other students are concerned about adjusting their work schedule to the new schedule, especially after the previous schedule changes in the past year.

“Personally, I always looked forward to Mondays starting a little later as it allowed the students to ease into the week,” senior Christopher Gomez said. “Many students, myself included, have jobs that take them into the later hours of the evening on the weekends. With the older school schedule, this was not a problem. However, with an earlier start time, I feel I won’t have nearly as much energy for the rest of the week.”

The district board expects an influx of students following the schedule change, so the highschool administration is adjusting their old safety precautions. For example, now classrooms are allowed to hold up to 15 students at a time. Additionally, the social distancing guideline was adjusted. Before, schools were required to meet the CDC requirement of six feet distance between students. Now, to fit classes that are overflowing, the district is changing it to have every student remain at least three feet apart. As the district progresses with their safety precautions, it brings up the question: Do high school students and staff feel safe in the building?

“I rarely see a student that does not have their mask on, or their masks above their nose,” Fuhrer said. “I do not think the building has ever been cleaner, in terms of actually washing the desks. I think because there is not anymore eating really allowed in the classrooms, classes have been much cleaner as well.”

The new schedule, coupled with updated safety guidelines, indicates the district is taking a step forward to completely reopening highschools. While not everyone might enjoy the new schedule change, it is a sign of hope that by next year, the school will return to normal.

“I am really optimistic about the future,” Awais said. “I cannot wait to get back to school, see my friends, and continue learning.”