Weekly Movie Review: “The Outcasts” fails to make a lasting impression on the audience 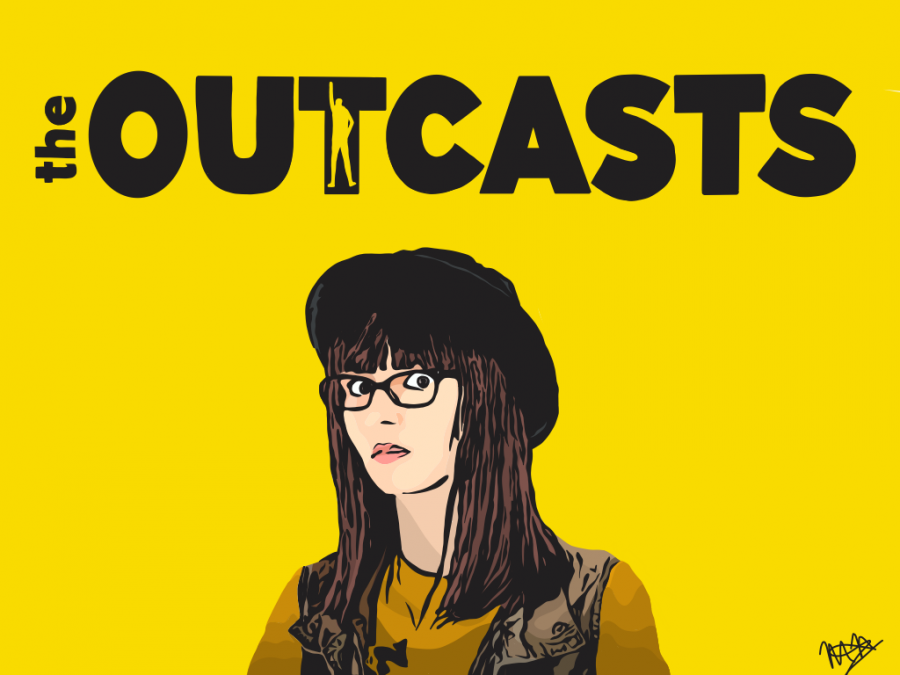 "The Outcasts" a teen comedy that fails to be memorable due to its stereotypical plotline.

From a revenge scheme to forgiveness, “The Outcasts” is a movie that covers the stereotypical life of high schoolers. Stereotypical plot lines generally allow the writers and directors to present a more creative plotline because the plot does not have to connect with reality. Stereotypical plot lines provide an amusing fantasy life of people so this aspect allows more creative freedom in the realm of stereotypes. “The Outcasts” fails to be a great movie because it has a repetitive plotline that was executed poorly and does not make a lasting impression because a memorable movie is worth watching many times.

First, let’s talk about the plot. The movie follows two high school students Jodi, portrayed by Victoria Justice, and Mindy, portrayed by Eden Sher, who do not fit into the stereotypical high school hierarchy. One day, Jodi and Mindy had enough of the rich, beautiful, popular Whitney, portrayed by Claudia Lee, and her torment. They decided to stand up for themselves by telling Whitney that she should let them finish the school year in peace. This led to Whitney inviting Mindy and Jodi to a party in which Jodi gets humiliated for being her quirky self. Later, the two best friends came up with the idea of overthrowing the high school hierarchy and thus found people to band with. Three of them being Sugar, portrayed by Jazmyn Richardson, Claire, portrayed by Katie Chang, and Virginia, portrayed by Ashley Rickards. Jodi and Mindy as well as their new friends made “The Outcasts” the new popular. Everything was fine for the main characters until Mindy undertook a small revenge plan. She exposed the fact that Whitney lied about her wealth to the school which led Mindy to fight with her best friend Jodi because Mindy acted like the people who tormented them. The rest of the movie follows the friendship of Mindy and Jodi and their reconciliation in the end.

Ever since movies like “Mean Girls” and “The Breakfast Club” were released, production companies have been trying to recreate their success. While it is fine to get inspiration, it is starting to get repetitive. “The Outcasts” follows the same pattern, which makes the movie quite ordinary. It was extremely easy to predict Mindy’s downfall once the outcasts took over the school. When Mindy gets her revenge on her bully, Whitney, she becomes power-hungry, as well as the other outcasts. Not every movie should feel obligated to take risks, but it is ironic that at the beginning of the film, Mindy’s teacher Mr. Samuels, portrayed by Daniel Eric Gold was pushing Mindy to take more risks before she graduated. Mindy got waitlisted from the Massachusetts Institute of Technology  because although she was an excellent student, the interviewer felt like there was nothing about her that made her stand out from the other applicants due to her lack of “risks.” Production companies should remember that “The Breakfast Club” and “Mean Girls” were risks during their time because both movies introduced concepts that were new to the audience. “The Breakfast Club” viewed the concept of high school stereotypes from a brand new perspective and “Mean Girls,” while it can be over the top, they still found ways to remain grounded by having relatable characters which made it stand out to others teen comedies.

Even though the movie was executed poorly, the one good point was that the theme of the movie was still identifiable. That is the perk of a lot of teen comedies since they can be cliché and easy to understand. The theme of this movie was so obvious that the characters Mindy and Jodi literally said the theme in their narrative portion of the movie. The theme of the movie is said to be about exploring oneself and experiencing all the good and the bad of high school. The theme is loosely shown in the movie because of how the outcasts became the new popular kids and how fast-paced the relationship of Mindy and Jodi developed. Although, with all the stereotypes the directors and writers added to this movie, it just makes everything messy. The theme was so difficult to follow between so many fast-changing scenes that their literal message about the theme made it easy to understand what the movie was about. I think the theme is a good idea to explore especially since it is a teen-centered movie, but I do not think that the theme was very well integrated into the plot. The purpose of the movie often felt forgotten since the movie kept getting sidetracked. It came to the point where sometimes it felt like multiple movies shoved into one film, which makes the film feel way longer than one hour and 33 minutes.

I would give “The Outcasts” a four out of ten because, although the major downfall of this movie was its typical plot, it still did a decent job in presenting a theme. In the end, there was an idea explicitly mentioned, and the movie passes in that section, but whether it was executed well is a different argument. At least it remembered its theme and eventually got it across, even after all the sidetracking. Despite everything, “The Outcasts” was not horrible, it is just not memorable.