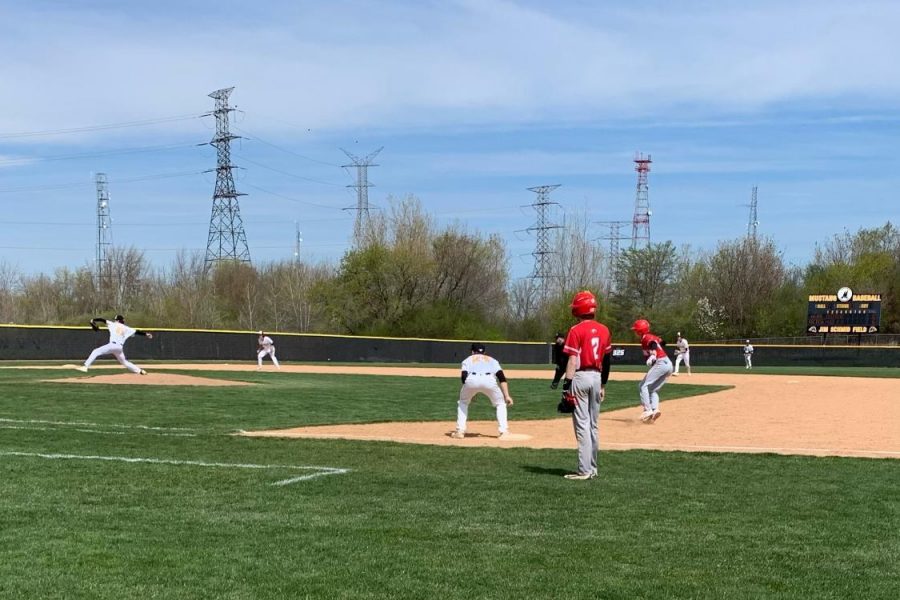 Metea came into an anticipated home matchup against Aurora Christian on Saturday winning 9-3.

The Mustangs had a rough go of their first three games, losing all three. They were able to bounce back on Saturday with major strides assembled during their first week. Head Coach Stephen Colombe emphasized the improvements the team made through their first week.

“Our at-bats have gotten better in every single game,” Colombe said. “The first game, we got shut out by a really good pitcher. In the second game, we saw more good pitching and our at-bats last two games earlier against St. Charles East and today against Aurora Christian.”

Junior Ryan Farenkopf took the bump for the Mustangs in his varsity debut, and he got through the top of the first inning with little to no issues. The Mustangs came out of the gate firing on all cylinders. In the bottom half, senior Andrew Bradshaw drove in junior Camden Howser with a single. The Mustangs were on top, but they would not stop there.

One batter went by, and senior Andres Bastidas ripped a ball into left field for a double and reached third on an error. This extra-base knock plated sophomore Jake Lavine as well as Bradshaw. Bastidas would later come around to score on a passed ball with freshman Jeremy Wrona at the plate. The Mustangs would end the first inning with a comfortable 4-0 lead.

Top of the second got off to a rough start for Farenkopf as he got into a jam with runners on second and third and no one out. He struck out two of the three succeeding hitters and escaped the inning unscathed.

Metea’s offense came in short spurts in different spots throughout the rest of the game. Seniors Christian Cast and Colin Reilly each drove in a run. Andrew Bradshaw singled and drove Howser in once again. Junior Aidan Wagner smoked a triple that brought in Wrona, who had doubled a couple of pitches prior and brought in Bastidas as well.

Sophomore Connor Akstulewicz relieved Farenkopf after going five and two-thirds innings. Farenkopf had seven strikeouts and two runs allowed. None of those runs were considered earned. Akstulewicz only faced one batter in his appearance and struck him out. It was a  massive strikeout as Aurora Christian had scored two runs in the inning already. Reilly would take the bump to close out the seventh, and he got into a bit of trouble and allowed a run. He then struck out the side, and the Mustangs secured their first victory.

The baseball team will start their conference games on Monday against the DeKalb Barbs in DeKalb.