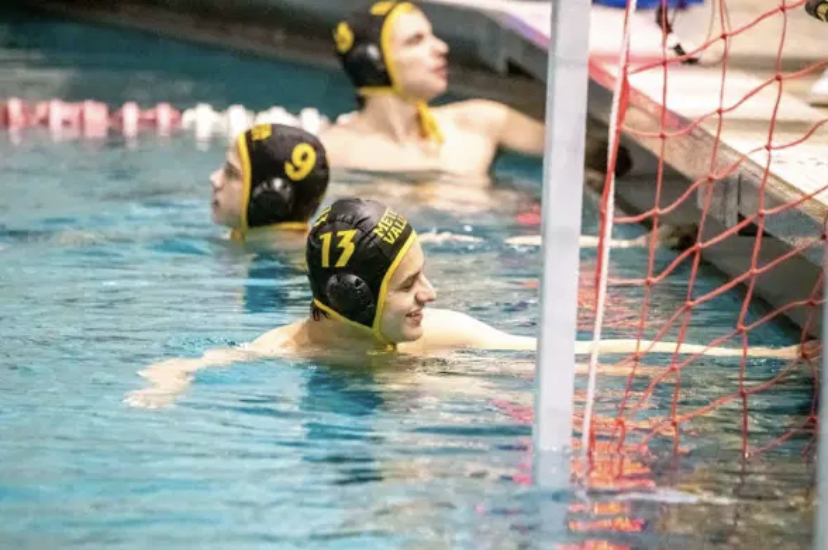 Evan Lopez’s passion for water polo is shown with him constantly smiling and bringing a positive attitude to the team.

Junior Evan Lopez has been playing water polo since freshman year. He was able to pick up on the sport quickly thanks to his background in swimming. He was introduced to water polo by one of his close friends. Lopez’s ability to swim long distances mixed with his new love for the game is what kept him playing. He has had quite a few highlights, but his favorite is when he scored his first five-meter.

“My friend Tyler Leslie kept on asking me to do water polo our freshman year,” Lopez said. “He told me it was really fun and that I would enjoy it, and I did. The fact that it is a really fun game is the reason I keep playing.”

This was great for him because it gave Lopez the opportunity to bond with his teammates during his freshman year. He also was able to have a lot of fun inside and outside the pool which only expanded on his passion for water polo.

“During my freshman year, my favorite part about polo was hanging out with my team in between games,” Lopez said. “I had a lot of fun during those times. Unfortunately, we do not have that aspect this year, so hopefully, we have it next year.”

This year, Lopez has been able to keep a strong bond with his teammates as they travel around Aurora visiting local restaurants to hang out and eat after practice.

“My favorite moment has been going to Blueberry Hill with other teammates after practice on Saturday,” Lopez said. “The Waubonsie team happened to be there too.”

Lopez is very enthusiastic with his teammates. They have kept him in the sport and have also been the reason behind many of his good memories, like his time at Blueberry Hill. He has stuck with them through the thick and thin and has no plans of giving up.

In the midst of a schedule full of tough opponents like Neuqua and St. Charles North, the team has partially struggled and lost a few of their matches. Lopez knows that the Mustangs have areas they need to work on despite their constant battle with high-ranked teams.

“I like to think that during [a losing battle], the other team was just better than us,” Lopez said. “However, there will always be things that we can improve on in the next game. Two of the teams we lost to were ranked in the top 10 of the state at the time we played them. Our conference is particularly challenging as Naperville Central has won state two out of the last three years.”

After a tough loss, there can be a lot to dwell on, but instead of being discouraged, Lopez and the team will look past the negatives and set their focus on the positives. The matches that are decided by a couple of goals are the toughest to endure because one play could have changed the outcome of the game.

“At the very end we look at all the highlights and what we did well, and then we focus a lot on what we could do better and what we need to do to get better at those aspects,” Lopez said. “Losing close [games] against conference teams [is tough] because, on another day, maybe we could have beaten them.”

Lopez focuses on two aspects of improvement: his team and his individual improvements. Being exposed to the game freshman year, Lopez still has a lot to learn. This has fueled his strive for improving which helps his game constantly develop. Lopez also swam recreationally before his high school years. The exposure to swimming long distances while keeping a good speed is what sets him apart from his competitors.

“I just do not stop swimming,” Lopez said. “I have a long swimming background, so for me to swim back and forth for long periods of time is not really new to me. Other players only play polo, they do not practice swimming distances.”

Water polo will compete against more teams this season compared to other sports like football. This is really beneficial for the team because they lost out on all of their playing time last season. The team was hit hard last season, and IHSA is doing everything they can to bring joy back to the student athletes and the coaches.

“I am very grateful for that because, during 2020, we got about two weeks in, and then we went into quarantine,” Lopez said. “It sucked, but I am super happy water polo and all of last year’s spring sports have an extended season this year. It makes up for what we lost last year which seems fair to me.”

However, he was able to sharpen his skills despite him not being able to interact with anyone. He has taken big steps from freshman year, and the increased practice time was a key factor. Lopez hopes that the team can improve in their win category, and he will do whatever it takes to reach that goal.